Home / Will the trade deal launch the European markets?

Will the trade deal launch the European markets?

We pulled most of our non-North American exposure from the ValueTrend Equity Platform at the beginning of the year—and disposed of our final European position a month or so ago. We’re happy to have done so. Major world economies such as the larger European block, Japan, and China have suffered since the New Year.

Today I’d like to focus a bit on the near termed potential of European markets, given the recent trade deal announcement with the USA. Is there opportunity in this underperforming market? 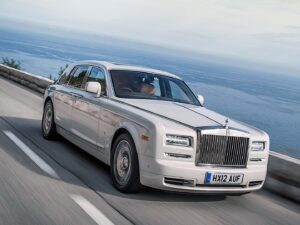 As I noted on this blog, the European market ETF -IEV, run by iShares- is dominated by the UK, France, Germany and Switzerland. These are large markets in Europe, and must exhibit bullish patterns in order to allow the IEV  ETF to be considered a “buy”. They represent an overweight influence on the index. So, please take some time to examine those index charts before considering a move into any broad European ETF. I would encourage you to review the above noted blog for some input on those charts -albeit, the charts being a couple of months old at this time. In that way, you will know if you are buying a Rolls, or an Accent.

Anyhow, back to the IEF ETF. As you can see, the index is consolidating. Will this pattern remain, or could it break out?

There is a positive potential for Europe to break out of its current descending triangle consolidation pattern. US President Trump has used his formidable negotiating skills to crack a trade arrangement with Europe. Details are on this link:  Trump, EU leader pledge to cut trade barriers, hold off on further…

It’s not popular to say positive things about Trump. Especially in Canada. The media tend to be pretty unfairly biased against him (along with any politician residing on the political right),  and have painted him as an evil villain. I tend not to agree with that assessment, and see Trump as a guy who knows how to negotiate a better deal for the USA and its bottom line economic growth. That’s his job. Trump has played hardball and cracked a deal in Europe that I am sure will set the stage for other deals throughout the world. Hats off to the EU Chief Executive for realizing that if you play fair with a big customer like the USA, you get to keep their business. And that’s the bottom line.

Now that the European trade deal is out of the way, the IEV index ETF needs to crack $47, and then about $50 to remove the remaining technical resistance from holding it back. I’d be inclined to think that a break out of the triangle at first level of resistance around $47 would represent a decent entry point.

Follow-up from my July 18th blog

In my recent blog on sector rotation, you will note that I advised readers to keep an eye on the overbought FANG’s. There was a bit of trauma after Netflix reported. Here’s the blog.

Well, here we go again. Facebook reported lower revenue yesterday. This is the second FANG stock to give investors grief, after the Netflix selloff. As I suggested in that blog, we are wise to watch for rotation in this jumpy market, and act accordingly. One of the groups that might see OUTFLOW could be the FANGS. It appears that suggestion is becoming more and more warranted.