Home / Will markets pull back in February?

Will markets pull back in February? 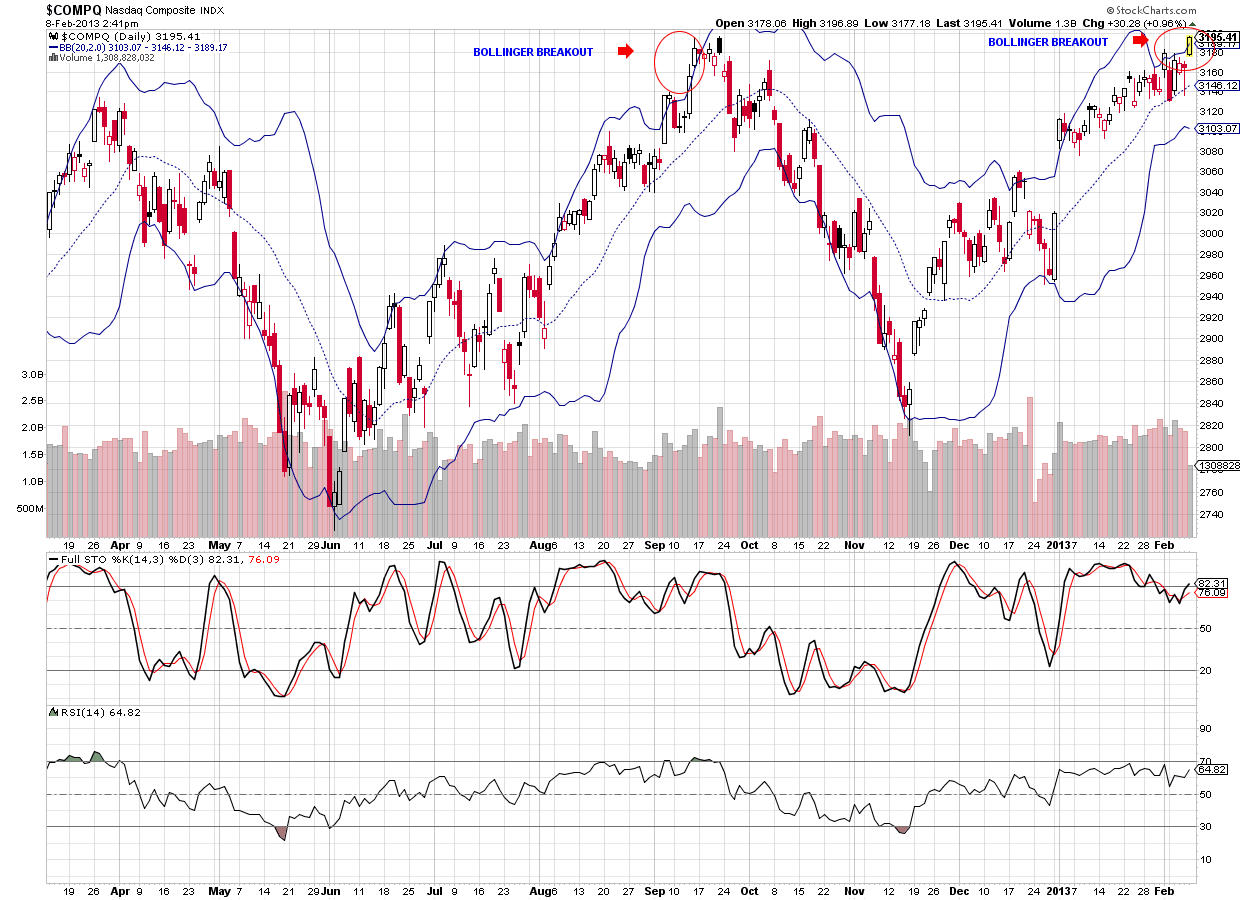 Equityclock.com and Thackray’s newsletter note that February is the second worst month of the year, following only September in poor performance—at least from an historic seasonal perspective. Thackray notes that the average return for February is -0.2% since 1950.

In conjunction with the poor seasonal prospects for this month, we have overbought markets, as noted on last week’s macro-view blog here: https://www.valuetrend.ca/?p=1840. New data from sentimentrader.com studies indicate that mutual fund inflows are now at a 3-year high. To quote sentimentrader: “over the past few years, when the four-week flow turned positive, stocks tended to turn negative.  Not only is it positive now, it’s at a new record high.”

We’ve also seen huge outflow by corporate insiders as they sell their stocks ahead of earnings season. I wonder what they know that we don’t?

This week, I take a look at the NASDAQ chart, which just broke out of its upper Bollinger band. Look what happened after the last time it broke its upper band in the fall of 2012.

I am 10% cash in the equity models I run on behalf of clients. I do not expect a large pullback (yet), but signs like this are suggesting a normal February retracement is overdue. I’ll look to buy on a pullback on the overall markets, which may include sectors present within the NAZ, should markets present an opportunity to buy at lower prices this month.

I’ll be back on “MarketCall tonight” this Friday at 6:00pm. Start your long weekend off with some technical analysis!