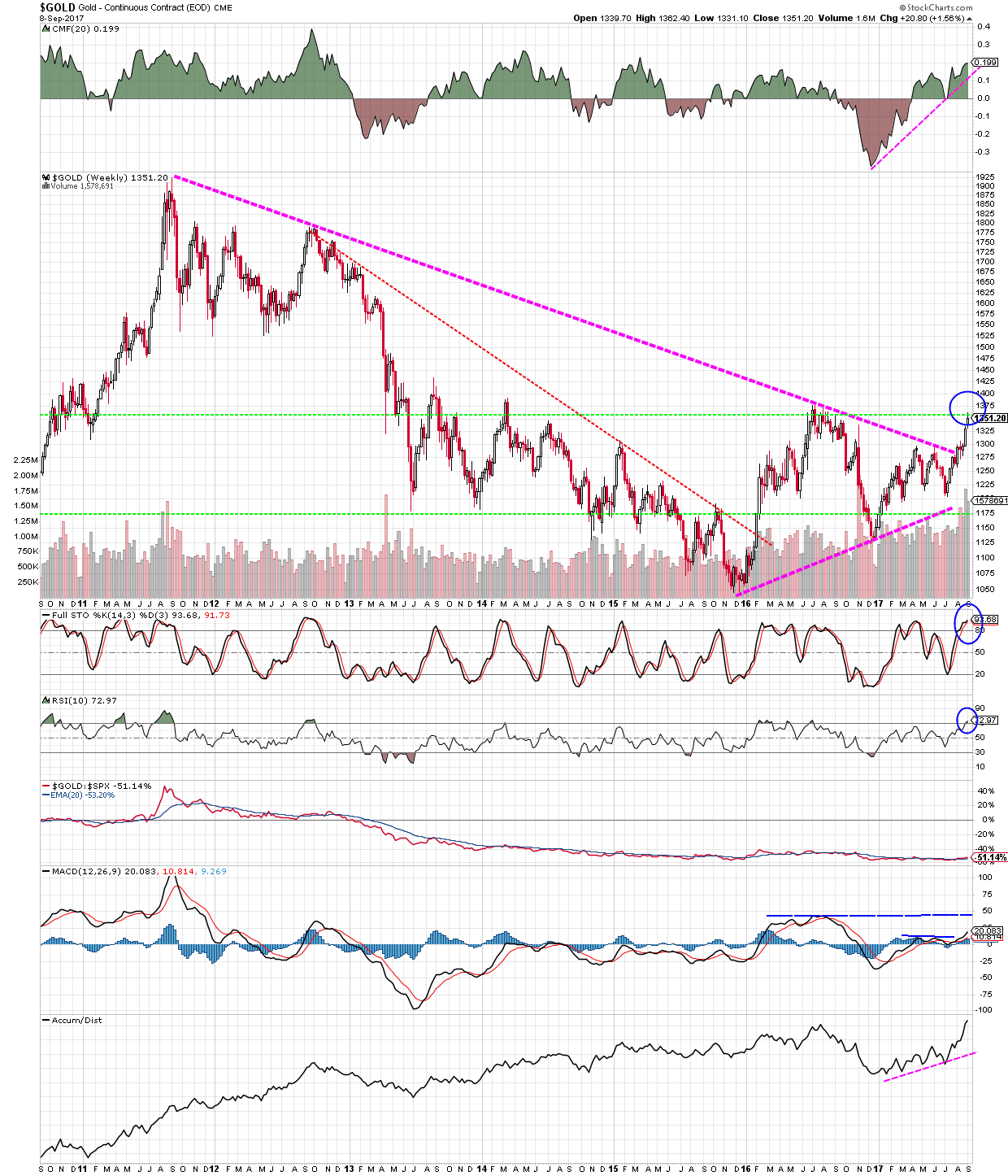 Above is a chart of gold that I’ve kept on my screens for a while. The triangle breakout that I noted to wait for on this blog  occurred in August. It’s now hit its first level of resistance that I had noted on that blog via the dashed green line. As mentioned on that blog, I’d feel safer if gold blew through $1400 before assuming it is in a new bull market. Yes, it has cracked the downtrend and broken out from the triangle. But there is some “noise” ahead of it at around $1400 – that is, there is a bit of resistance at $1400-ish from back in 2011 and again in 2013 that may come into play. My opinion is that gold may indeed get very close to $1400. Whether it can go through that level is the big question.

On the positive side for gold is the weakness in the USD. A weak dollar tends to push market participants into gold as a hedge. I noted on this blog in July that   a level of support for the USD was being tested. Interestingly, most technical signs for the dollar were showing a massively oversold situation. Despite this situation, the dollar still fell through support, and has broken down from its longer termed trading range.  I’ve noted that range for many of my past blogs such as this one.

There can also be a negative correlation for the USD against the Japanese Yen. The chart below shows this relationship. At the bottom of the chart is a correlation calculation. When that line goes to -1.0  (i.e. it moves to the bottom of the pane) that means the Yen and USD are going in absolute opposite directions. You can see there is some rhythm to this occurrence. You can certainly see it on the chart – the red (USD) line and black (Yen) lines often cross in opposite directions. At this time, it looks like we’ve entered into a period of such negative correlation. And that may just mean more downside for the USD. I make note of this because that could put further upside pressure on gold. So, perhaps there is a decent chance of gold breaking through the $1400 level I mention above. 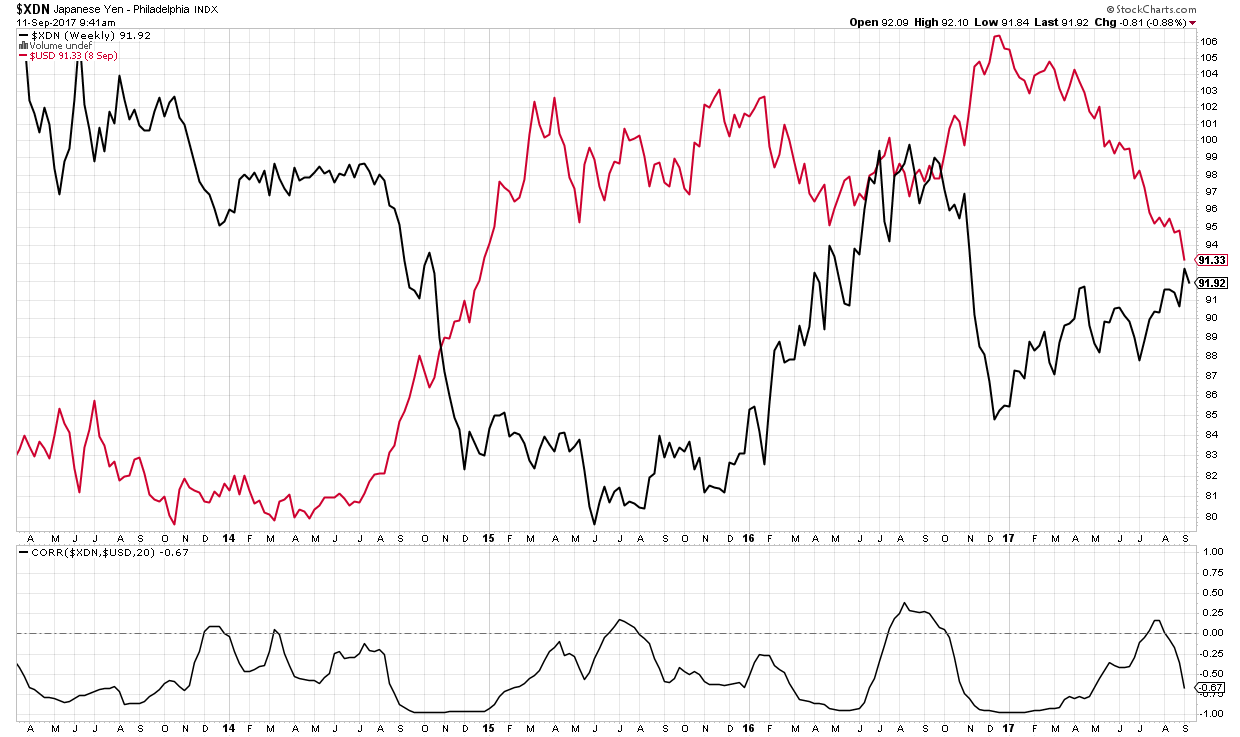 The seasonal period of strength for gold ends at around the midpoint of October. Given the above factors in addition to the seasonal,  perhaps it’s now or never for gold to make its move.

Some like to play with fire. For those folks, there's always day trading, or buying into a momentum play. There's also investing in themes. Back in the late 1990's the big investment theme was "dot END_OF_DOCUMENT_TOKEN_TO_BE_REPLACED

Below is a chart of the Bear-o-meter signals since 2019. Back in the earlier years readings were taken roughly quarterly. As such, the signals noted were far apart.  I found the END_OF_DOCUMENT_TOKEN_TO_BE_REPLACED

This summer I was harping on - what was to me - an inevitable shift out of the "stay at home/ technology/ FAANG" names into value. As readers know, I was emphasizing value stocks and re-inflation END_OF_DOCUMENT_TOKEN_TO_BE_REPLACED