Home / Was that the correction?

Was that the correction?

Last week’s chart (https://www.valuetrend.ca/?p=2200) didn’t lie—the market was overbought and due for a correction, which it got. First target of 1600 was hit and a rebound from that level occurred. The question now is: “Was that it, and should we deploy our cash?”

The S&P has been in a trend channel for some 24 months. The index will remain in a bull market even with a return to 1550, which was my lowest price target presented on last weeks blog. Will it go that low? I believe that the next week may determine whether the neartermed trendline and the 50 day MA (shown below) will hold— or if we see the S&P500 get into the low-mid 1500’s. Evidence is not present to inspire a prediction for more downside at this time. Perhaps by next Monday, we will be able to ascertain the willingness of market participants to hold 1600 as current support. 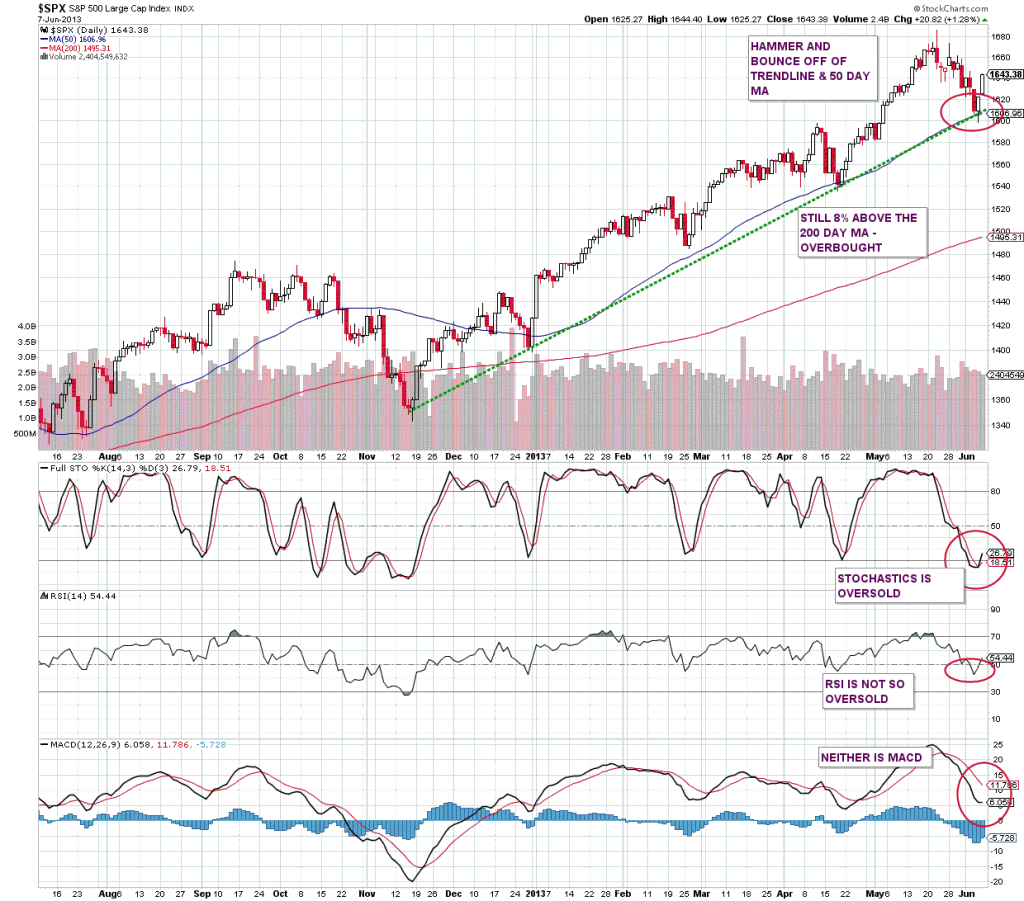 My first target for a pending correction was 1600. This level, which represented a point of intersection at the 50 day MA and a 6-month trendline on the daily charts, was reached on Wednesday (more precisely, on Thursday morning). A bullish hammer occurred on Thursday, which lead into more upside on Friday. Short termed momentum indicator, stochastics , hooked up from a classic oversold condition. Longer termed momentum oscillators MACD and RSI didn’t get aggressively oversold. MACD (the slowest of the group) has not yet hooked up. So the near termed picture is good, but there is some potential for the 1600 level not to hold –a sign of trouble will be if MACD doesn’t hook up. I am giving it another few days before I get too bullish.