Today we’re going to look at the S&P 500 and what I’m going to do is I’m going to take a look at something that I call my short-term timing system. It’s not super complicated. Anybody could do it. When you see the indicators that I’m using and how I use them, you’ll be able to do this too. This system is a system I have been using for well over a decade. It’s probably somewhere around 15 years or more since I started following this system. What it tells us is the probability of the market making short-term moves.

So we are trying to determine at key inflection points if the market might stage a rally or a decline. Now keep in mind that this system is specifically for trying to predict very short-term movements in the market. Those short-term movements might only last 1, 2, 3, or 4 weeks. We’re not talking one-year moves. So this is a trader’s tool, or if you are a longer-term investor, you can look at this as a way to use it to refine your entries. If you’re a longer-term trader, you can use it to refine your longer-term entries and exits. This is not very predictive for those of you who want to find out if the market is going to go up 20% over the next six months. This is not the tool to do this, but it might give us some guidance as to what might happen in the coming few weeks. For any of you that follow my blog at ValueTrend.ca, you will know that this is something that I post on occasion and in fact, the last time I posted this indicator was back in June. You will see that in a moment when I explain how this works, that it did predict a fairly accurate timing signal on a subsequent rally after the low in June.

So you can see that when three conditions arrive, we can have either buy or sell tickets, so to speak. Let’s take a look at what happened at the bottom in June. You can see that the bands, which are called Bollinger Bands, were reached by the S&P 500 on the lower end of the spectrum. So Bollinger Bands are two standard deviations away from a moving average. So this is a very, very short-term moving average. It’s a 20-day moving average and we’ve got two standard deviations which contain about 95% of all movement on the stock market in this case. When we talk about statistics, standard deviation really can be used for any set of statistics to determine how far away from the mean or average return or trend line or whatever you will get movements.

So this 20-day moving average and the Bollinger Bands are just deviations from that moving average. You can see that when it runs along one of the two extremes, so the upper band or the lower band, it tends to tell us that things are getting either oversold or overbought. Now, as you know, if you are a regular stock trader or investor, things can remain overbought and oversold for long periods of time, particularly when we’re looking at a daily chart. So you can see running along the bottom of the Bollinger Band, it didn’t signal an automatic turnaround. And we see it ran along the top of the band and it did so in late July as well. That didn’t signal an automatic overbought sell signal. So what we need to do is we need to combine the Bollinger Band signals with a couple of other indicators to give us much more accurate and clear signals and that’s where I’ve attached to this chart a stochastic indicator, which is a very short-term momentum oscillator that gives very sharp buy and sell signals. I’ve also used a standard RSI. Now these are the defaults. You can adjust the bands and the indicators as you wish, but I’m just using the standard defaults for these indicators that are on StockCharts.com.

In June, when we had the market running along the bottom and we had an oversold stochastics with a cross and we had a touch of the oversold line on RSI all happening within the same period of time, we had a decent buy signal and then the market went up. When we were near the top of the band we had a stochastic signal. We didn’t quite have an RSI signal, but you know, certainly, two of the indicators gave us some idea that the market was a bit overbought on that rally. You’ll see this happen over and over. Sometimes the signals are very sharp where you had a very strong buy signal where the RSI went deep into oversold and stochastics went deep and crossed over, and of course, it was at the bottom of the Bollinger Band.

So you just have to sort of use the indicator or the system to give you an idea that the market may indeed move from an overbought or oversold situation in the near term. Now, some of these moves are pretty short. They don’t last very long. This didn’t last very long either. This particular move, it only moved down for three, four, five days so keep that in mind. You may be looking at a signal that hardly gives you time to trade. We are now in the situation where the market’s been running along the lower Bollinger Band, meaning it has been in that second deviation from the moving average. It was definitely contained within its largest magnitude of predicted movement and we also had a RSI signal quite deep in fact.

When you see the little colored in spot, that usually means that the market’s pretty oversold and stochastics, which had been oversold for a while. Now we’re not really getting a crisp, you know, kind of hookup that you like to see on stochastic. It’s not quite doing that, but we are starting to see some movement from that oversold position on RSI. So it’s a reasonable chance that we’re getting close to, if not at the point where we might stage a rally. How big will the rally be on the S&P 500? It might only be a few days and a few percentage points like it was back in early September or mid-June. There are lots of occasions where you get a signal and it really doesn’t move all that much in the near term anyway. So keep in mind, sometimes you can get these head fake signals from this program, but what I am telling you is that we’re approaching a point where the S&P 500 might stage a rally that could last a few days to a few very short weeks.

We shall see. Technical analysis is not crystal ball analysis, but it gives us some idea of the probabilities of something occurring. And what I’m seeing is that there’s a decent probability of a rally for the S&P 500 that may last a few days to a few weeks. 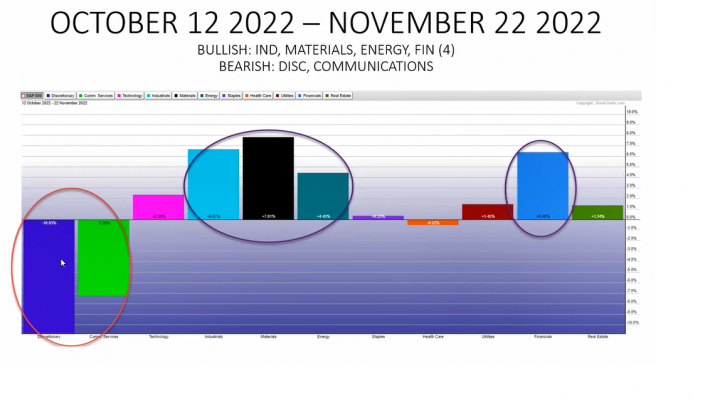 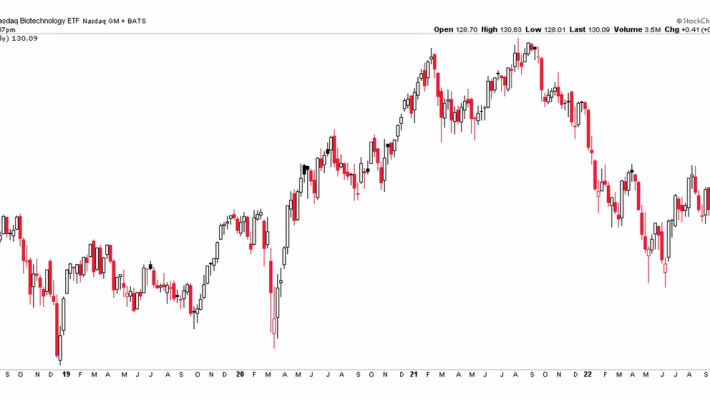 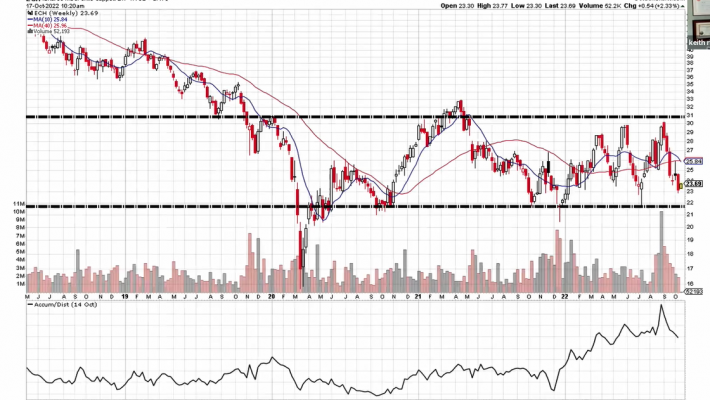 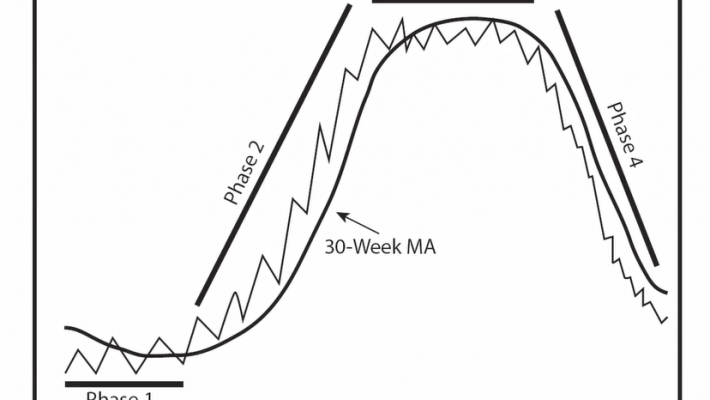 The 4 Phases of the Stock Market 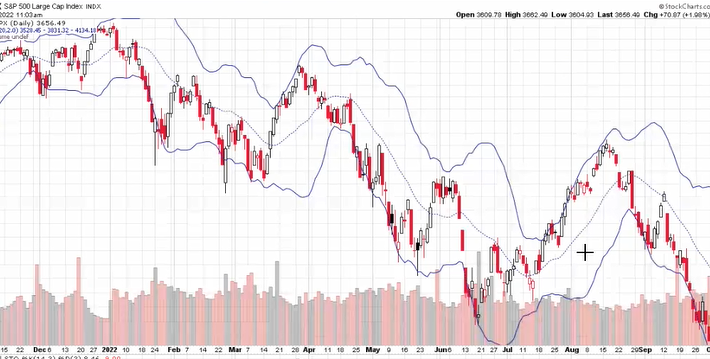