The Russell 2000, which can be played via the ETF IWM, has been the strongest place to be over the past 12 months. Note the rising comparative relative strength (CRS) line at the bottom of the weekly chart. While the weekly chart shows us that the trend is still our friend on this index, a small yellow-alert flag has appeared that we should take note of. The Russell has begun slowing down, as evidence by the break in the rising CRS line. You’ll also note a definite rounding over from an oversold condition on the RSI momentum index. This implies a shift in risk tolerance by US investors. I’ve been talking about this for a while now through this blog, and my BNN/ speaking engagements. That is, there is a shift in leadership happening, and you must take note of this shift as we enter the final leg in the bull market. Yesterday’s leaders are becoming todays laggards. And vice versa. 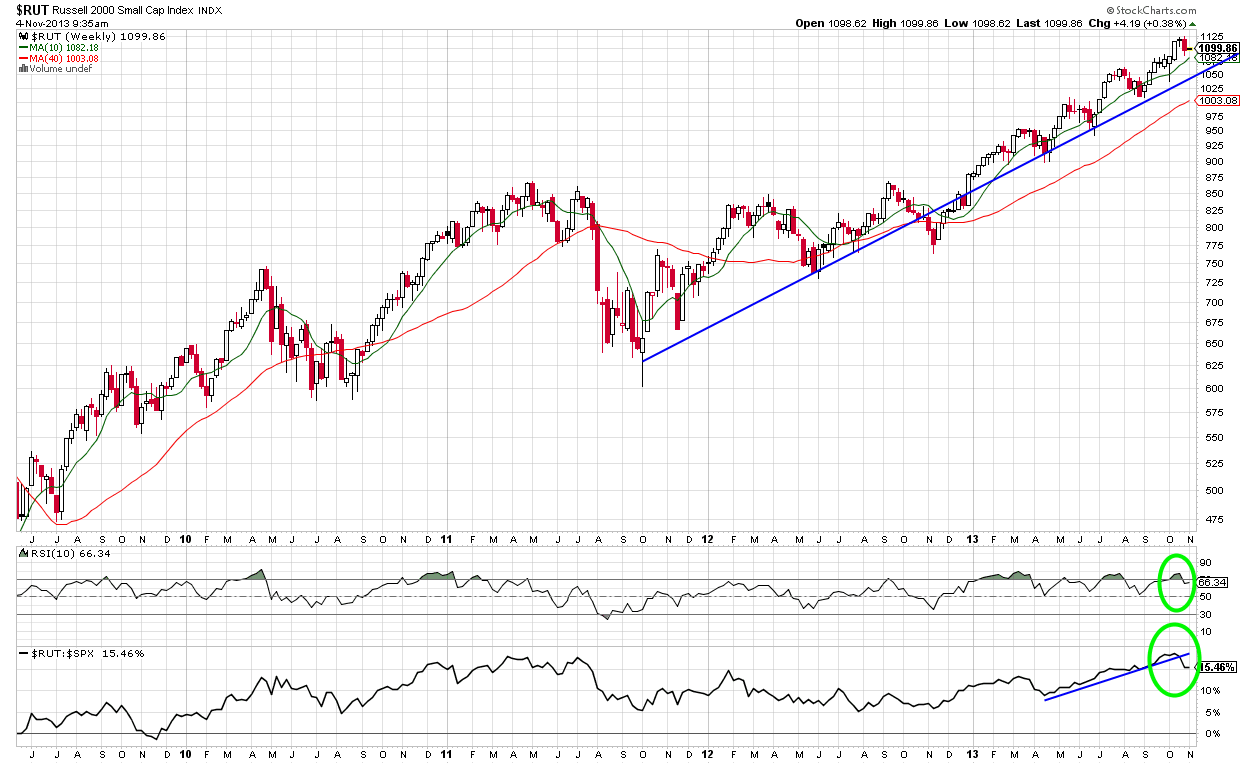 The story is quite the opposite for the Canadian markets. With the exception of the commodity sector, the TSX has largely been led by the higher yielding blue chips over the past few years. Telecoms, utilities, banks, pipelines and REIT’s were the places to be. Recently I’ve seen a shift out of some of these sectors (except the banks and select pipelines, which are still on trend) into some of the overlooked stories. In particular, we at ValueTrend have found compelling fundamental value (recall we are called “ValueTrend”) in unique small and mid-cap individual stocks.

Now take a look at the chart below, illustrating the S&P TTSX Small Cap index. This index was in a defined bear market until the middle of this year. CRS (vs. the TSX 300) was trending down, as were the key moving averages. Interestingly, CRS began moving up in May – providing a positive “green-alert” flag for keen observers – despite the continued selloff on this index over the summer. Finally, August brought a definitive break of the downtrend, providing further proof of the change in leadership that the CRS line. By September, a “golden cross” of the 10 week MA through the 40 week MA offered more evidence of a change in direction for the small caps. The index moved above both of these MA’s. Finally, a potential “Head & Shoulders” bottom may be forming on the index – although we need a neckline breakout to confirm. 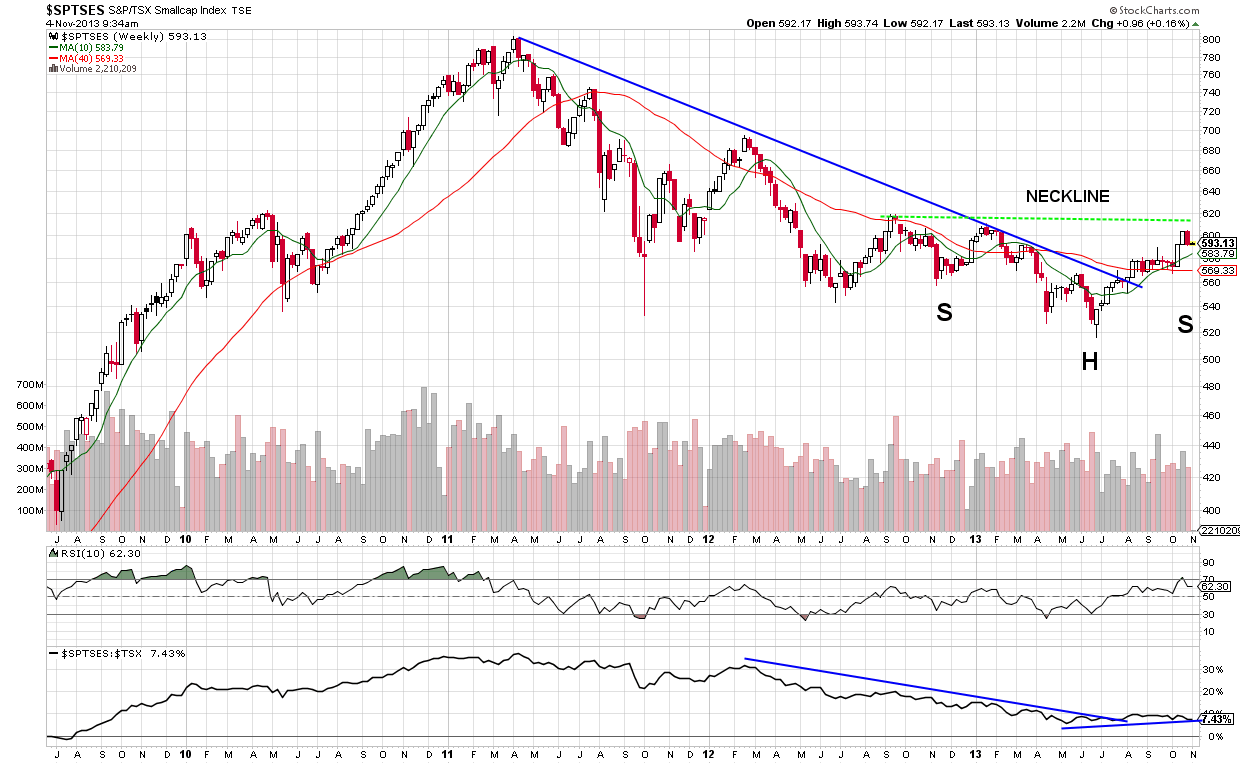 RSI momentum for the CDN small caps did get a little over bought (not so much as the Russell) recently, but the signs are there for a change in direction in this group. We have been steadily acquiring individual names in the small and mid capped end of the market, and we recently bought a position in the iShares XCS small cap ETF. We see value in some of the individual names, and we see strength in the charts. Compelling fundamental value, and a technical breakout–What’s not to like?

I’m on BNN’s popular MarketCall Tonight show on Tuesday November 5th at 6:00pm. Feel free to phone in with your questions on technical analysis during the show. CALL TOLL-FREE 1-855-326-6266. Or email your questions ahead of time (specify they are for Keith) to [email protected]

Be sure to mention that you read my blog when you call!