After a summer of relatively good performance, the US long bond looks to be breaking down. We sold our 5% position in this sector on the expectation that risk is now greater then reward potential. Seasonals end in early October for bonds, but it was the chart that gave us the nudge out of the position. Here is the TLT 20 year bond chart with my notations. 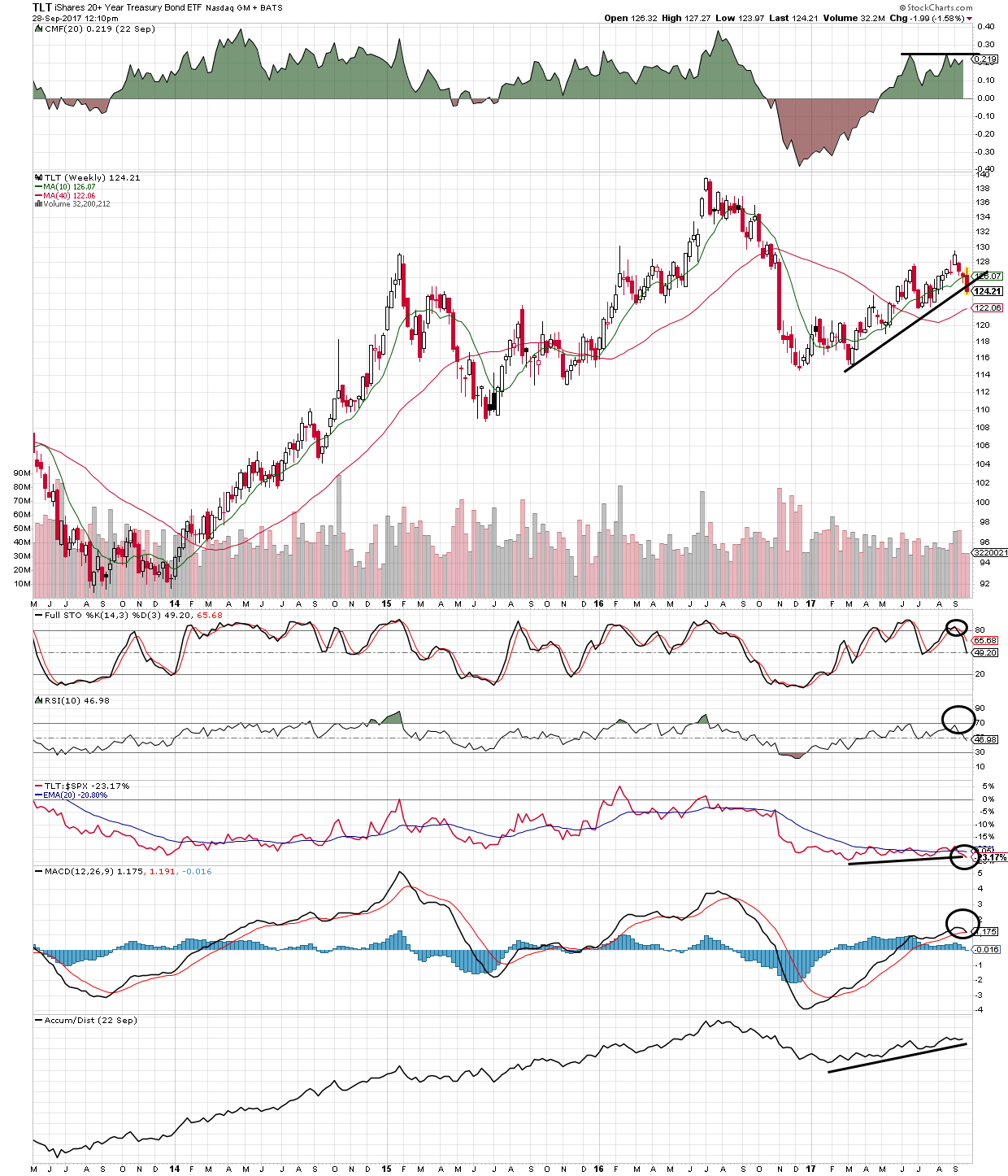 As you will see, the neartermed trend is breaking, and momentum has rounded over. Comparative strength vs the S&P500 stock index was strong, but just now is turning down.

Meanwhile, the Canadian long bond has not shown the strength of its US counterpart this summer. It’s been losing ground consistently since July. Momentum and relative strength were poor over the summer. The XLB long bond ETF shows us that there may be a test of the longer termed uptrend in the works. Perhaps the BOC Governor Stephen Poloz’s “soft talk” on the loonie and the CDN economy will keep the CDN long bond on the trendline. Currencies and bonds do tend to have a correlation. We shall see. 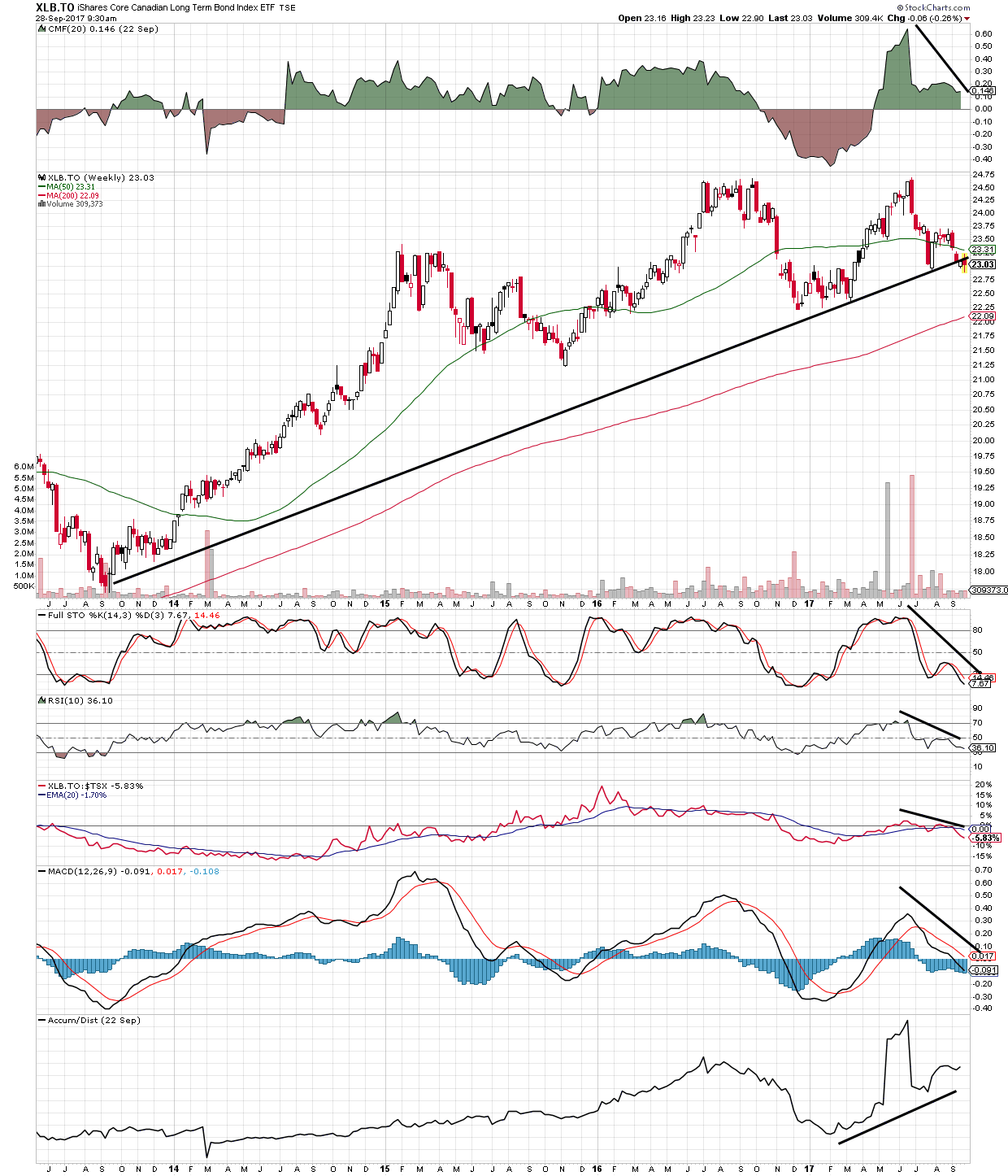 Some of you know that I speak at the Toronto MoneyShow every year. This winter, the MoneyShow has invited me to speak at their Orlando show on February 10th at 6:15pm. Honestly—who would say no to that offer, given our wretched winter weather in Ontario? If you happen to travel to central Florida during the winter, or if you have family/friends who do the snowbird routine—come on over to the show. It’s taking place in the Omni Orlando Resort – and since I don’t know the city, I can’t tell you where that is just yet! I’ll post further details when the time draws nearer.