Talk about a parabolic move. The US banks—small and large—launched aggressively after the election. The index has risen from 225 to 280 in about 20 days. That’s 24% in 20 days.

Needless to say, we have overbought momentum indicators, and a vertical series of white candles with little or no wicks – especially in the days immediately following the election. This type of movement is unsustainable. I expect a pullback in the sector sooner rather than later. 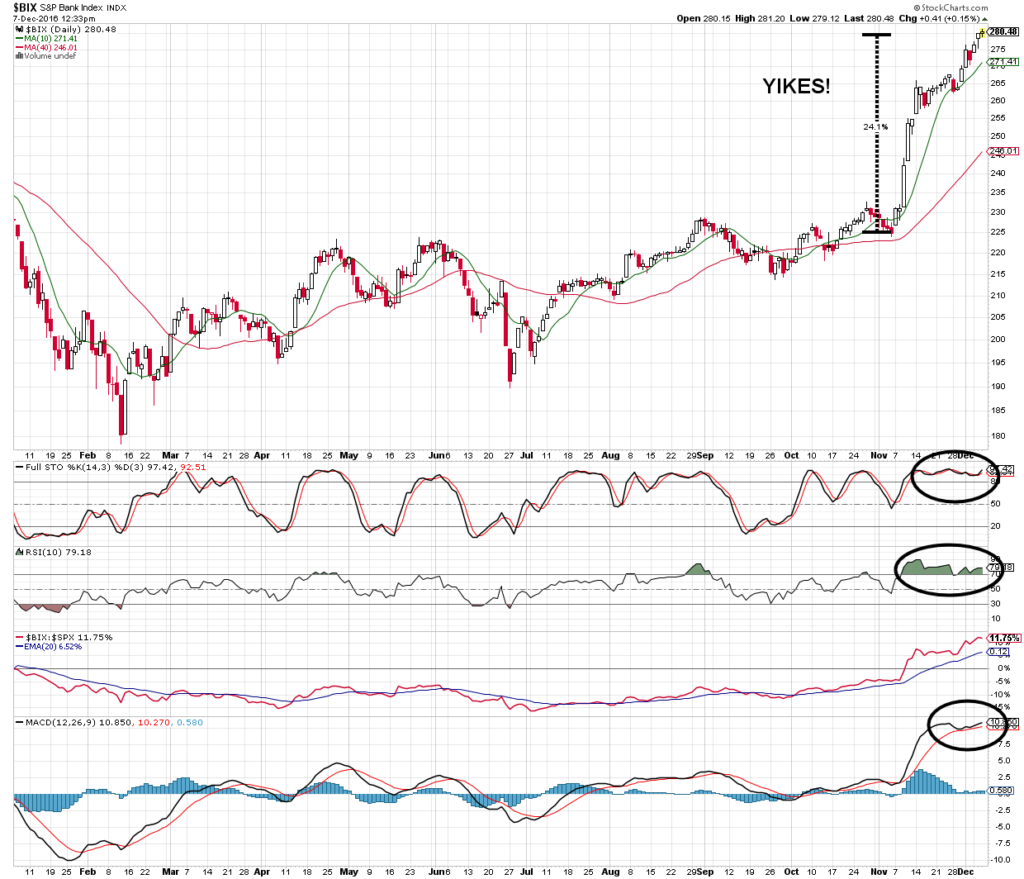 Note on the weekly chart the breakout point at around 255 for the index. Often, when a market pulls back from an overbought situation, you will see a pullback that can come fairly close to that breakout point. That might imply up to 15% or so neartermed downside. 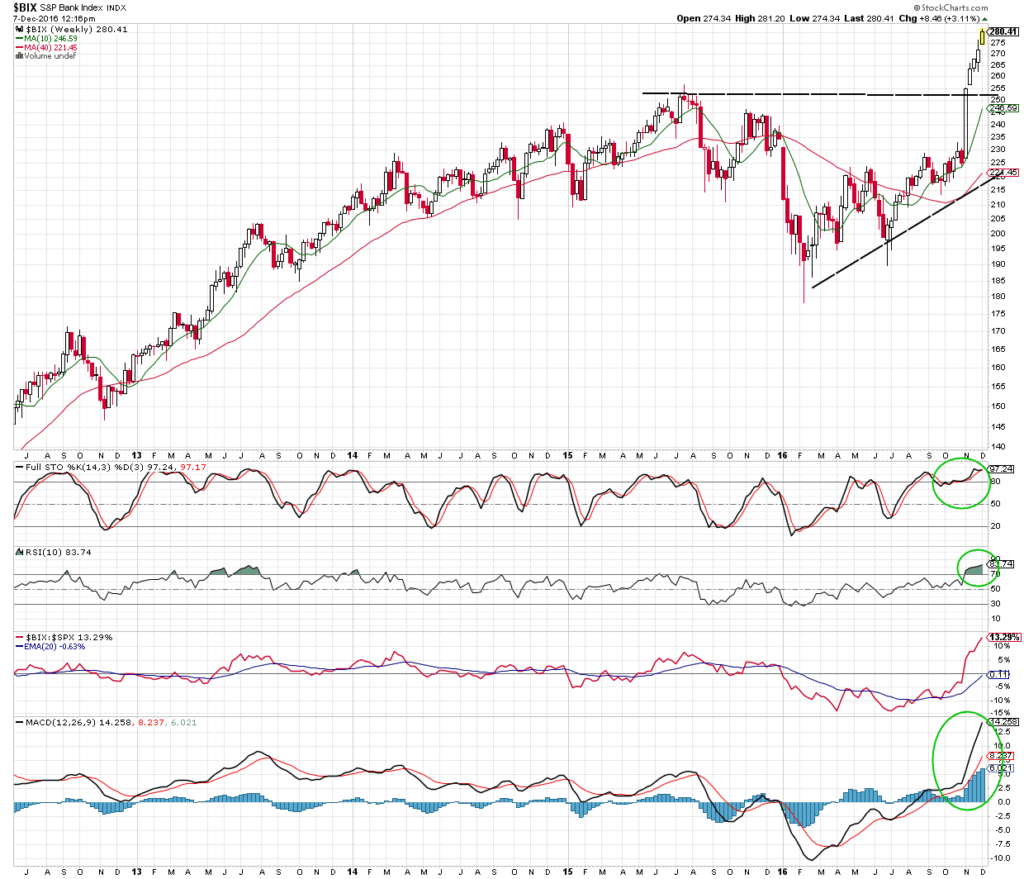 Equityclock’s seasonal chart suggests a  pullback in January for the sector – with an average retracement of about 3%. That’s under normal conditions. Given the parabolic move we’ve seen on the banks, I feel that we’ll see much more than 3% drawdown on the sector before it gets back on the seasonal trend for strength into March and April. I like the sector, and the breakout is bullish, but it’s gone too far to fast. 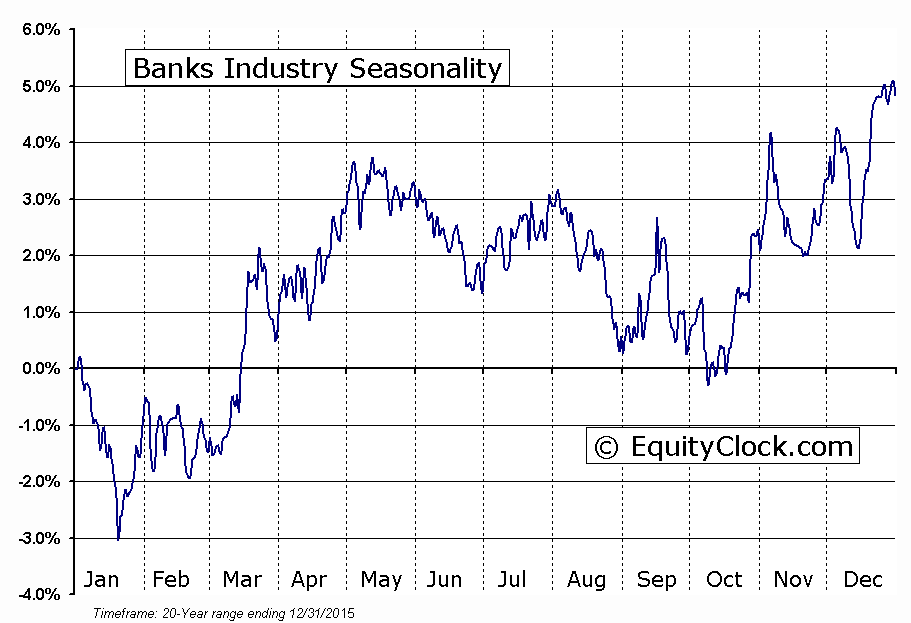 Sure, you could see a little more upside yet – but this runaway train may soon run short on gas. New money may want to hold off until January if/as/when it stops to refuel.