Home / TSX spikes out of downtrend. Is this a trend change?

TSX spikes out of downtrend. Is this a trend change?

Below is the chart of the TSX with its recent move through the downtrend. Technically, I like a minimum of 3 days—and even better, 3 weeks for a breakout from a consolidation (bottoming pattern) or a downtrend. Further, I like to see the last high AND the last low taken out to prove that breakout to be the “real deal”.  Thus, at this point I’m not a “believer” in the TSX….yet. Readers of this blog know that I’ve been negative on the TSX for some time, and in 2015 forecasted that it would top and drop at its old highs. I was close—the TSX topped in February at a level just a bit over its 2014 high level. From there it’s been in a downtrend, as predicted.

Adding to my skepticism of this breakout being valid are the seasonals. All of the seasonal experts (DV Techtalk, Equity clock, Thackray) point out that the seasonal tendencies for the TSX weaken somewhat from now to late October. Brook Thackray had a good YouTube video on rotating back and forth between TSX 300 and S&P 500. Click here to see it. 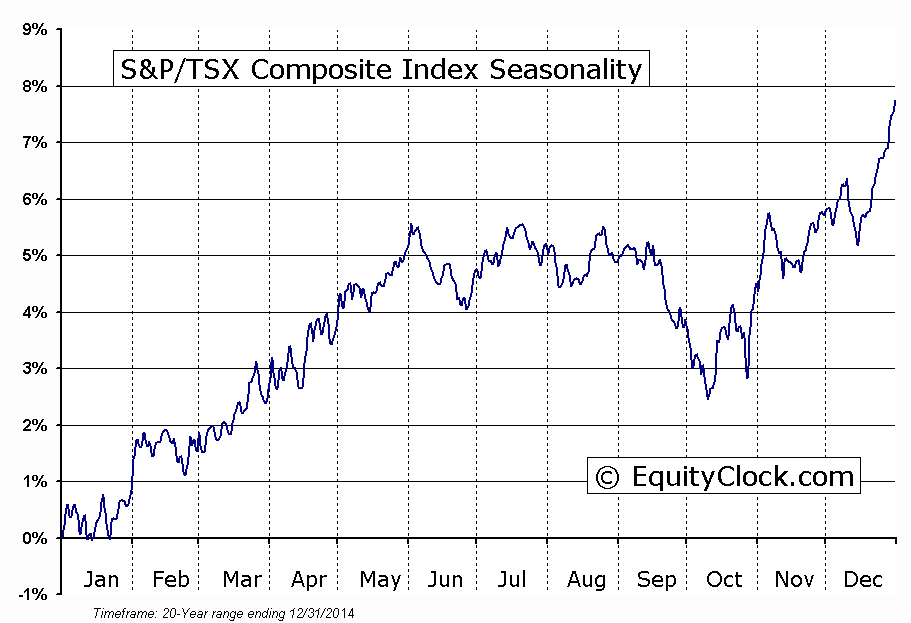 I’ve previously mentioned the Canadian debt and the  longer termed consequences on economic growth of an irresponsible government’s policies. Click on this link to read the details of what the most respected global macro analysts are saying about Canada’s future. The analysts on that blog commented before the new small business tax changes.  The new message from Ottawa is this:  Big unionized  business (BBD, GM and F) get handouts and breaks, while small business, farmers, doctors etc. get no handouts and get their tax breaks removed. Not to mention the potential consequences of minimum wage increases on employment and small business investment in Ontario and other provinces.

Certainly the growth picture has only gotten worse for Canada since that blog was written. Or, perhaps we don’t need those darned doctors, farmers and businesses. We can all work for Bombardier or the government!

Suffice to say that longer termed government policies continue to suggest, despite any neartermed rally,  that we aren’t likely looking at future growth potential to drive through the TSX’s old highs.

Near termed rally for the TSX? Sure, anything can happen. A test of old highs again? Sure, its possible.

A new high on the TSX over the next 12 months? I think not.  Feel free to bet against me on this. I am putting my money where my mouth is on that prediction. We remain underweight the TSX. It’s been a good move so far, and I’d suggest that trend continues for a while to come.