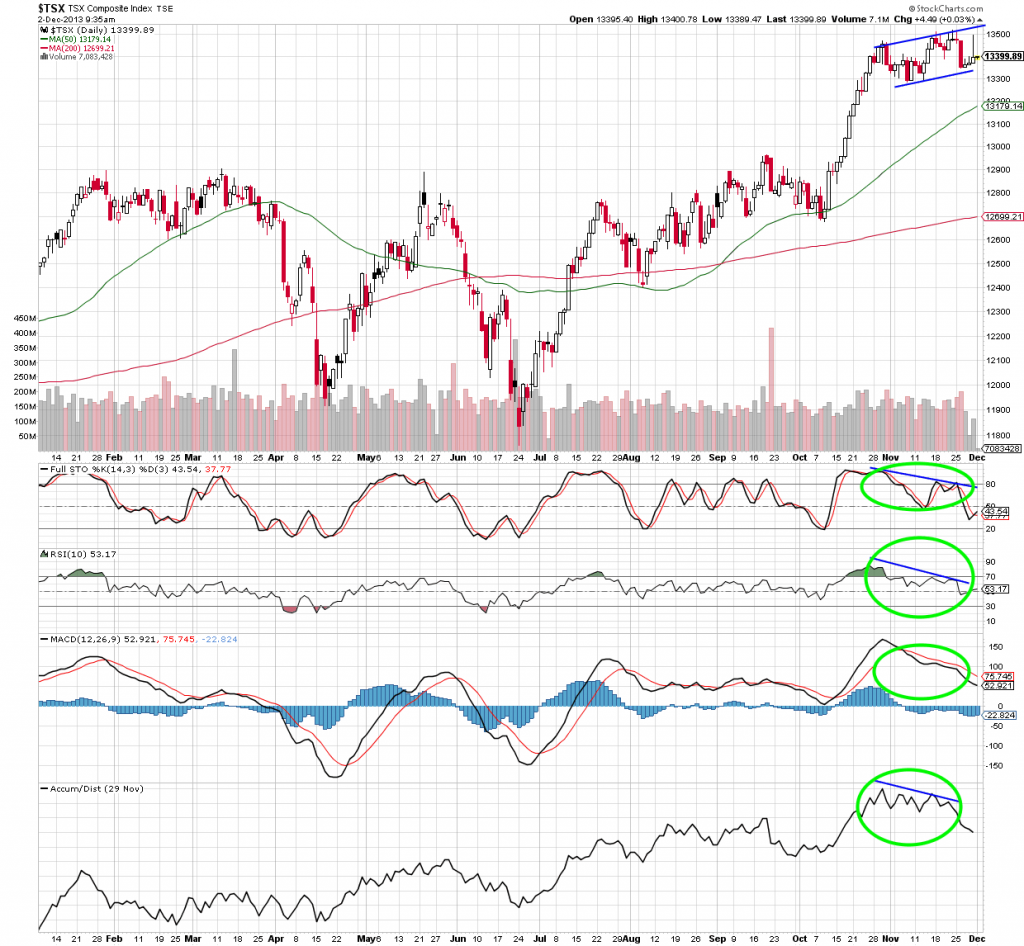 The TSX has been showing some life lately, especially after cracking its 2-year ceiling of around 13,000 in early October. However, some evidence suggests that this index is due for a pause, or correction sooner rather than later.

First, take a look at the daily TSX300 chart shown above. The month of November saw a short termed rising channel for this index. Meanwhile, divergence in the  momentum indicators I like to watch (stochastics, RSI, MACD) suggest that change may be pending.

Just as importantly, money flow, as evidenced by the Accumulation/Distribution line at the bottom of the chart, was also moving steadily lower through the month. This suggests that buying volume was generally not as robust as one might like to see in a rising market–money may be starting to vacate the TSX at this time.

Finally, take a look at the breadth chart below. You can see that the % of stocks on the TSX that are above their 50 day MA’s and their 200 day MA’s is declining. On the left side of the chart you can see where I’ve highlighted the January to April period of this year – where the same thing occurred. If you’ll go back to the top chart of the TSX 300 composite index, you will note that after that period of breadth divergence, the TSX entered into a very volatile April – August period. Returns over that period were flat, with two separate 1000 point swings – one in April, one in June making that flat return a harrowing ride.

The TSX has been riding the good fortune of its Canadian banks lately. However, with earnings season for this sector behind it, the banks tend to enter into their period of seasonal weakness around now.  I have mentioned on this blog, and on my BNN appearances a few times recently that my outlook for the US banks is to outperform the Canadian banks in the coming months. With bearish charts on oil, gold, copper and other commodities, the TSX index may struggle to move higher for a while if the banks do not continue their roll. For this reason, I continue to endorse very selective stock picking within the Canadian markets, with some emphasis on small to mid-capped stocks and unique value situations.

BNN MarketCall: I will be on MarketCall Tonight on Wednesday Dec. 18th at 6:00pm 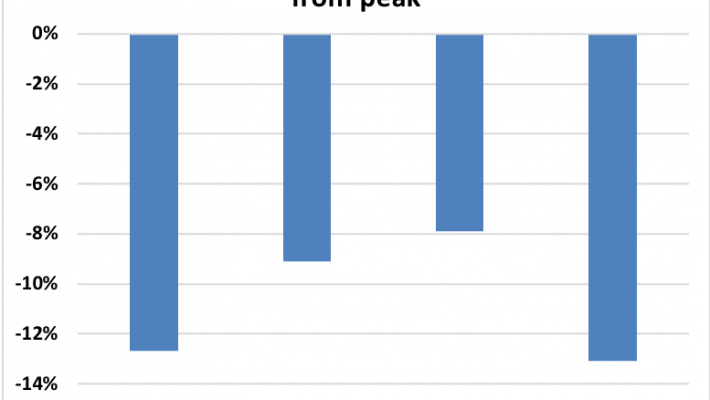