Home / They must be loonie!

They must be loonie!

The chart below, which I have posted on this blog before, shows you a trading zone that the loonie gets stuck in once in a while. Take a look at the adherence of that trading zone by the loonie after the 2008/9 crash, again in 2015, and again since July of last year. 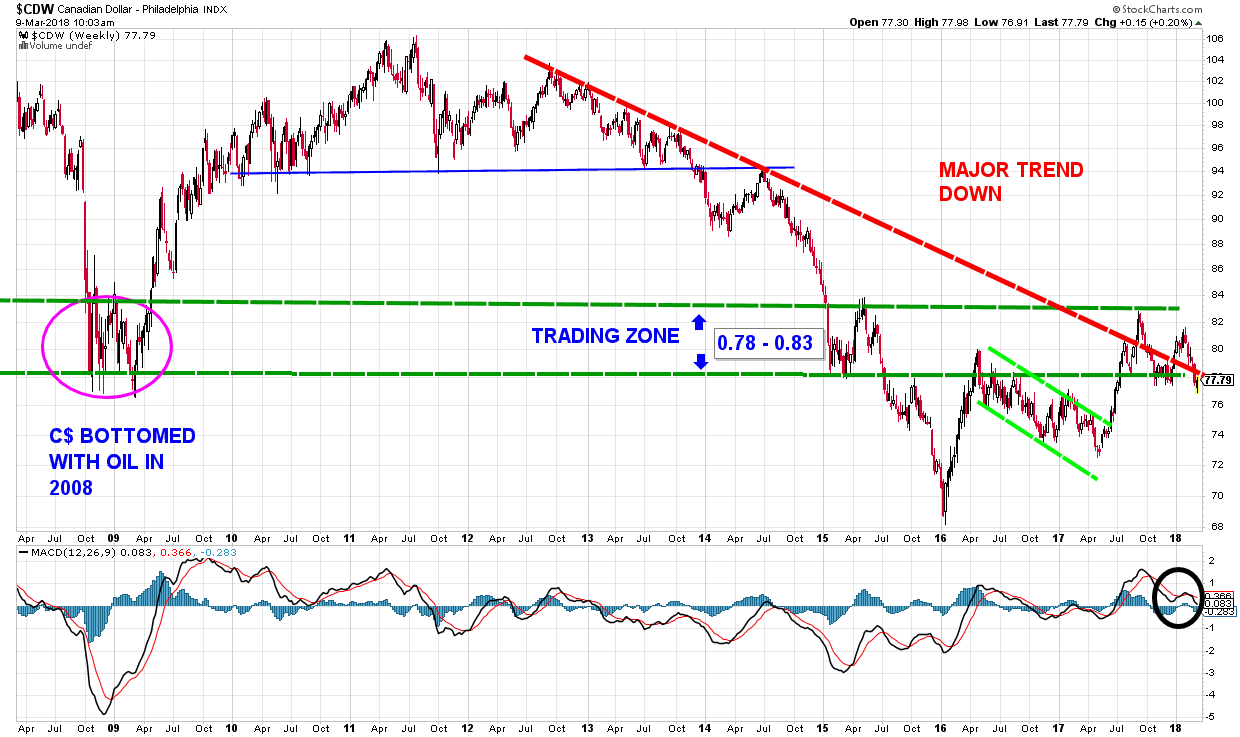 The C$ and oil

Approximately 14% of Canada’s GDP comes directly or indirectly from the energy industry. This means oil/gas exploration, production. Add to that other industries affected by the industry like Canadian banks (loaners), the transport industries (rail, pipeline, etc) as well as distribution. It’s a huge part of the Canadian economy. Thus, the C$ is influenced by the price of oil. Seasonally, oil tends to do well from this time of the year until the spring. That usually helps the loonie. It may again this year.

Against that is the anti-business policies of Canada’s extreme left wing governments (provincially, federally). Carbon taxes, corporate tax pressure, and new employment law makes new investment difficult. For example, the biggest oil company in Canada, Suncor, recently announced that government pressures have forced them to sideline new investments/projects for the foreseeable future. This means that despite a potentially rising price of oil, our major producers are not going to invest in as many projects, and our economy may be isolated from what is usually a Canada – positive development (rising energy prices). So…that can translate into a lower loonie.

Factors for – and against – the loonie 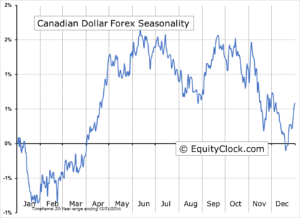 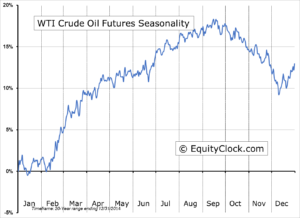 I am in need of US dollars as I look to build a house in the USA in the coming year or two. Perhaps some of you are in similar need of making a decision surrounding the conversion of a larger chunk of CDN dollars into USD’s.

What I did was convert/ buy about 20% of my desired position into USD’s a couple of months ago at a bit over $0.80. If the loonie can maintain its trading range (per the chart), you will see it get into the low 0.80’s again.

If I were just now considering a conversion, I would take my chances and hold out until the spring. Yes, the loonie might break support – that is the risk we take by not converting today. Seasonal and oil chart patterns offer some hope for the loonie – despite unfavorable Federal and Provincial policies. The seasonal factors may help us see a few pennies to the upside in the nearterm. Should the loonie get anywhere above $0.80, consider converting capital to USD’s. I will convert more if/as/when we see a move to or over $0.80. If not, I would expect a freefall back to the low $070’s.

The longer termed outlook with Canada’s rising deficits and unfriendly business environment will likely cause a break in the loonie into the low $0.70’s at some point in the near future.