Home / The walking dead are back!

The walking dead are back!

The Walking Dead is a television show produced by AMC—owned by Disney Corp (a stock ValueTrend owns). It’s a zombie show – and I believe the zombies portrayed in the show accurately depict similar mindlessness that “the herd” (i.e. most investors) portray when viewing the market. Back in March and April, the crowd was optimistic. Well – the zombies (“dumb money”) were optimistic – not so much for the institutional and sophisticated money side of the market (“smart money”).  By the end of August after an 11% decline on the S&P500—this pattern had reversed.  Smart money was at record levels of confidence, and dumb money was selling first, asking questions later. The zombies showed us what NOT to do..

Right now, the  www.sentimentrader.com site shows us that smart money has moved into a fairly pessimistic viewpoint right now—although not outright bearish. Conversely, now that the markets are nearly back to their spring highs, the retail investor/dumb money is back in full force. Sentimentrader also notes some concerns surrounding newly optimistic Wall Street market targets and option premiums. All in, it would appear that the zombie herd is back – and that, like in the Walking Dead series, is not such a great thing. Note the 67% confidence level of dumb money vs. the 36% confidence level of the smart traders. It’s not as bad as it was in March, as you can see on the chart, but it’s getting frothy out there. How quickly things can change!

It is my belief that the S&P will eventually blow through its old highs of around 2130. But after such a significant ride from the double-bottom low of September, it is time for a pause. In fact – that wall of resistance at around 2130 may inspire such a pattern, which may lead into a new level of sector rotation as the market struggles to break it. For this reason, I recently took a little off of the table (10% cash) in the ValueTrend Managed Equity platform. The chart below illustrates our strategic buy and sell trades so far this year, and the patterns that we have identified as significant: 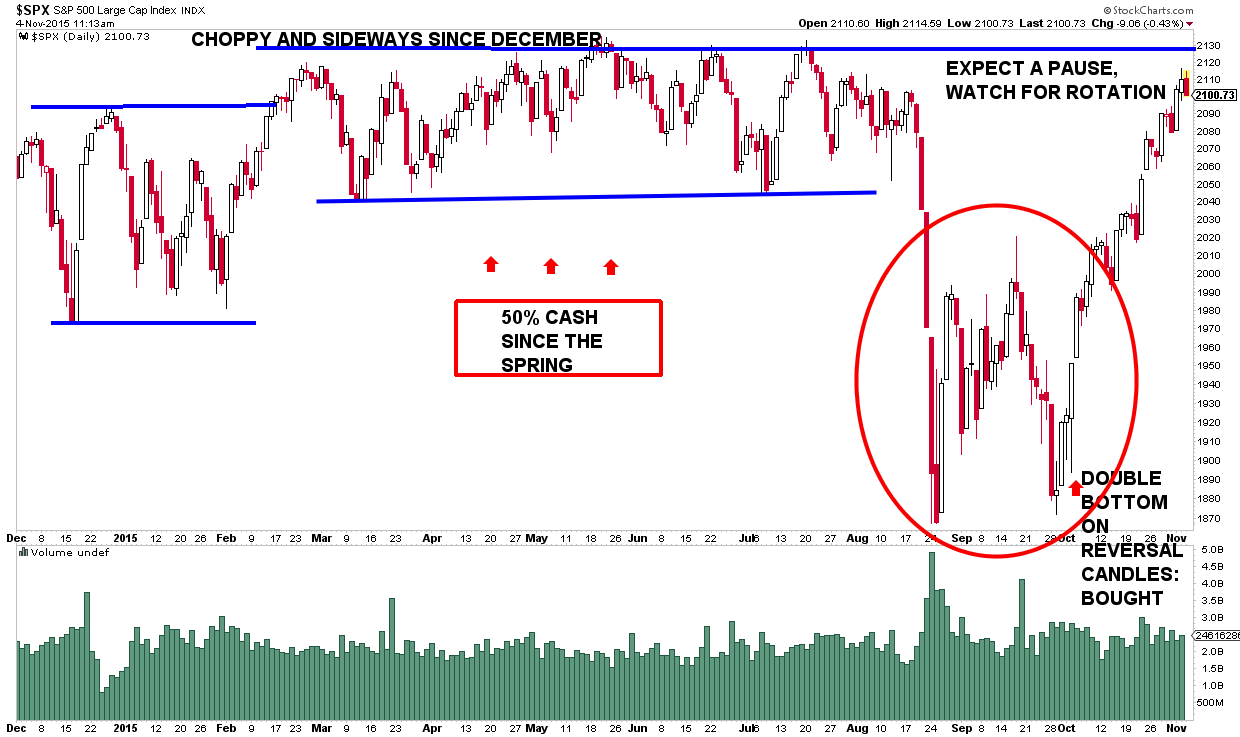 The chart below shows us the near termed indicators I watch. Shorter termed momentum oscillators RSI and Stochastics are toppy, while MACD continues to put in new highs – with a slight divergence in its histogram. Moneyflow (bottom pane) is bullish, but the moneyflow momentum oscillator (top pane) is rounding over. All in, it looks like a near termed correction, followed by a pause at or near the resistance point noted above (2130) may be in the cards. My suggestion is watch for the next number of weeks to demonstrate some new leadership or newly emerging sectors/ stocks. This will be a bullish sign, one that may force the S&P to blow through its current ceiling. Meanwhile, I am looking for some opportunities to appear within a potential pullback to deploy that bit of cash I raised recently. 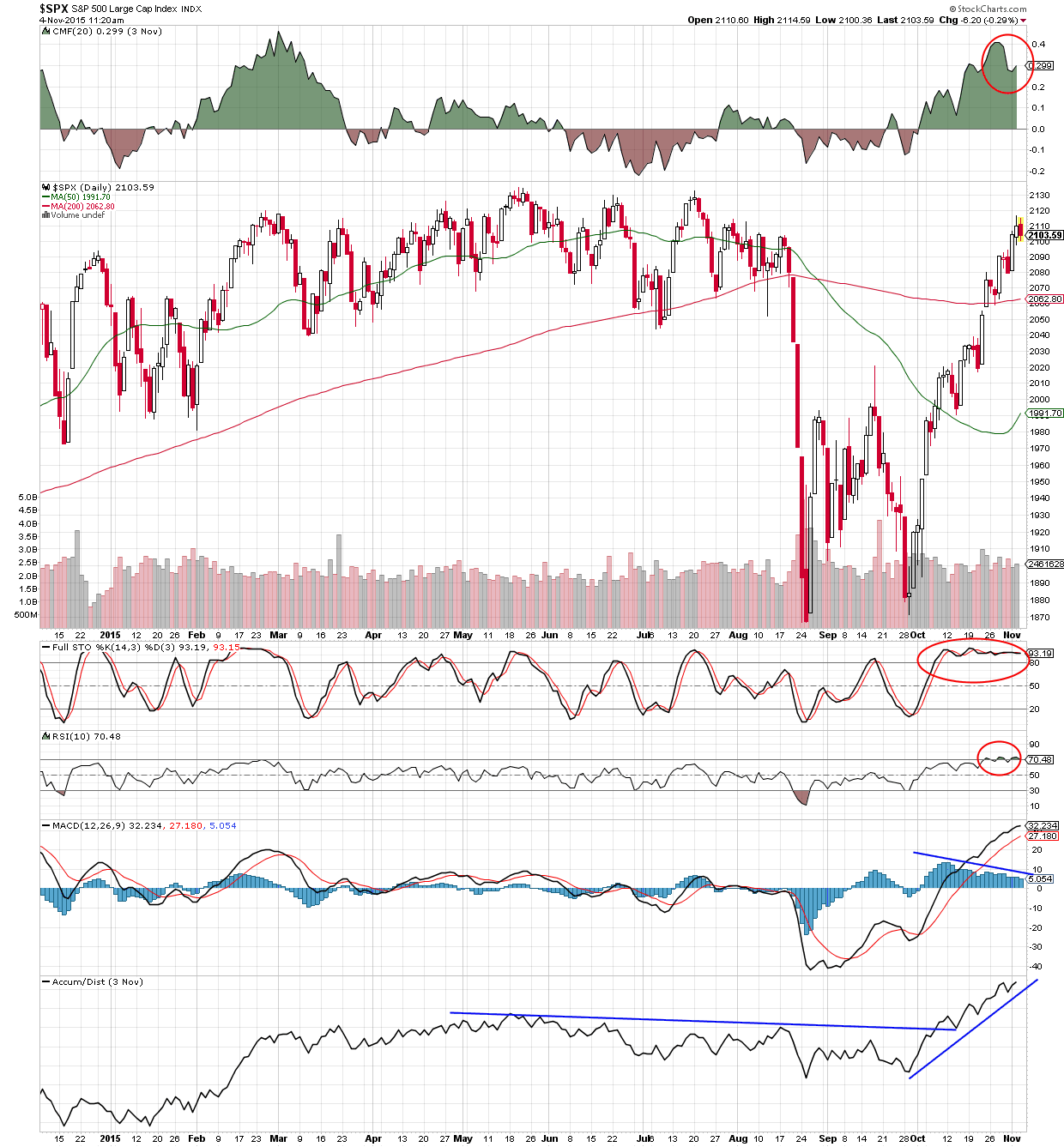 I haven’t done an afternoon show in a while, so this should be fun.

Tune in to BNN to catch me live on BNN’s premier call-in show, when you can ask my technical opinion on the stocks you hold. 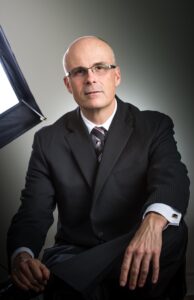