Home / The moment of truth approaches

The moment of truth approaches

The S&P500 has corrected, as expected, after it began to approach its former lid – which lies somewhere near 2130. Prior to the correction–markets had become overbought as indicated by most near termed momentum indicators – such as RSI and Stochastics. The upper Bollinger Band (BB) was being ridden on the rally – not a bad thing, but certainly a sign of high optimism amongst market participants.

Right now, these same indicators on the daily charts are approaching oversold. They haven’t hooked up yet for the most part – although the lower BB is being tested . MACD – which is a longer termed indicator, is bearish.

We’ll want to see a positive hook on the shorter indicators to determine if we’ve seen the last of the correction. You’ll also want to keep an eye on MACD for further deterioration. A turn on that indicator would be very bullish. MACD is a bit of a laggard, so keep that in mind. As noted in my last blog– market breadth, which is a longer termed indicator – is looking bearish. So beware the bearish indicators, but keep in mind that a sharp turnaround could be signalled by the shorter momentum studies. This is the moment of truth for the markets. 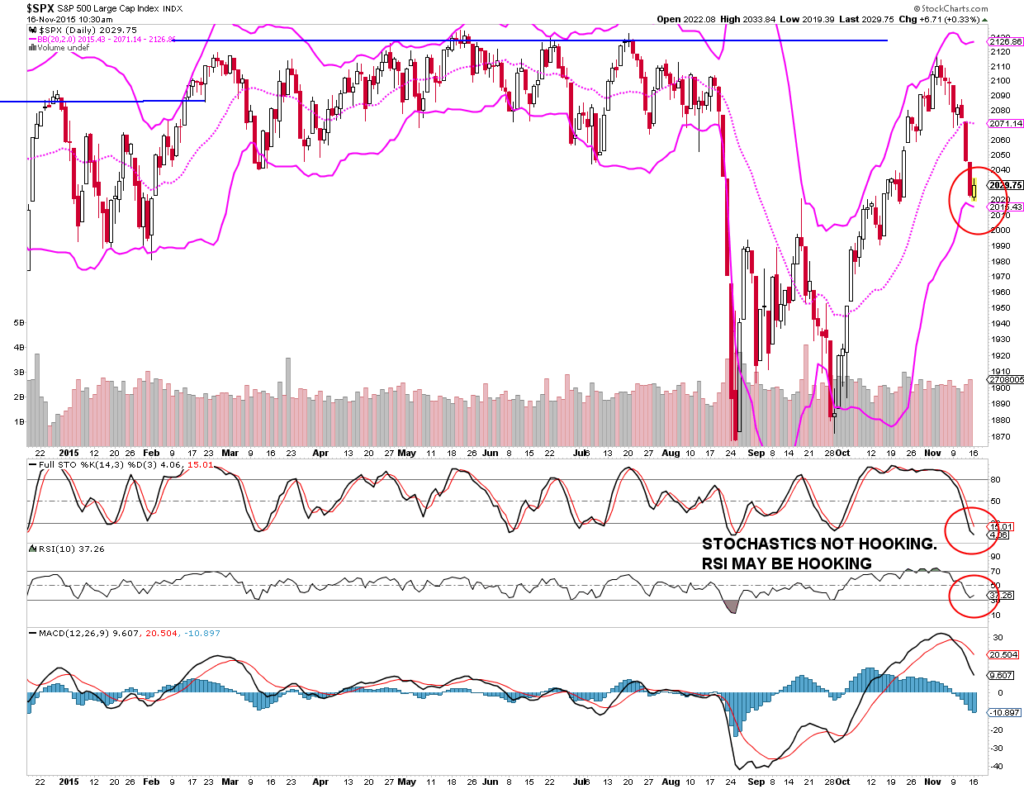 One interesting play that is approaching a former bottom is WTI Crude oil. If the price of WTI hits anywhere near $38 and rebounds, this would be a good sign of a bottom for that commodity.

This has yet to happen, so don’t jump to conclusions – but oil was oversold and hooked up on most weekly momentum studies on the last test – see chart below. Its quite oversold on the daily charts (not shown). I may pick some USO (the widely traded ETF traded on US markets that closely tracks spot oil pricing) up for the VT platform should oil successfully bounce off of its old lows at $38. It’s too early to act on – but keep it on your radar screen for a short termed trade. At some point, oil will become a strong place to be. Remember my rule—watch for support to hold ($38), then buy minimum 3 days after a bounce. It’s better to buy high than to catch a falling knife. If the outlook appears to be setting up for a longer termed move, I will be looking at the Horizons “HUC” ETF  – which plays the winter contract. HUC  buys the December 2016 contract as its main holding. Given the contract vs. the USO ETF, it can be slower to move , but HUC can be an excellent longer termed play on oil. We may be a few months from such an opportunity, but keep it in mind. 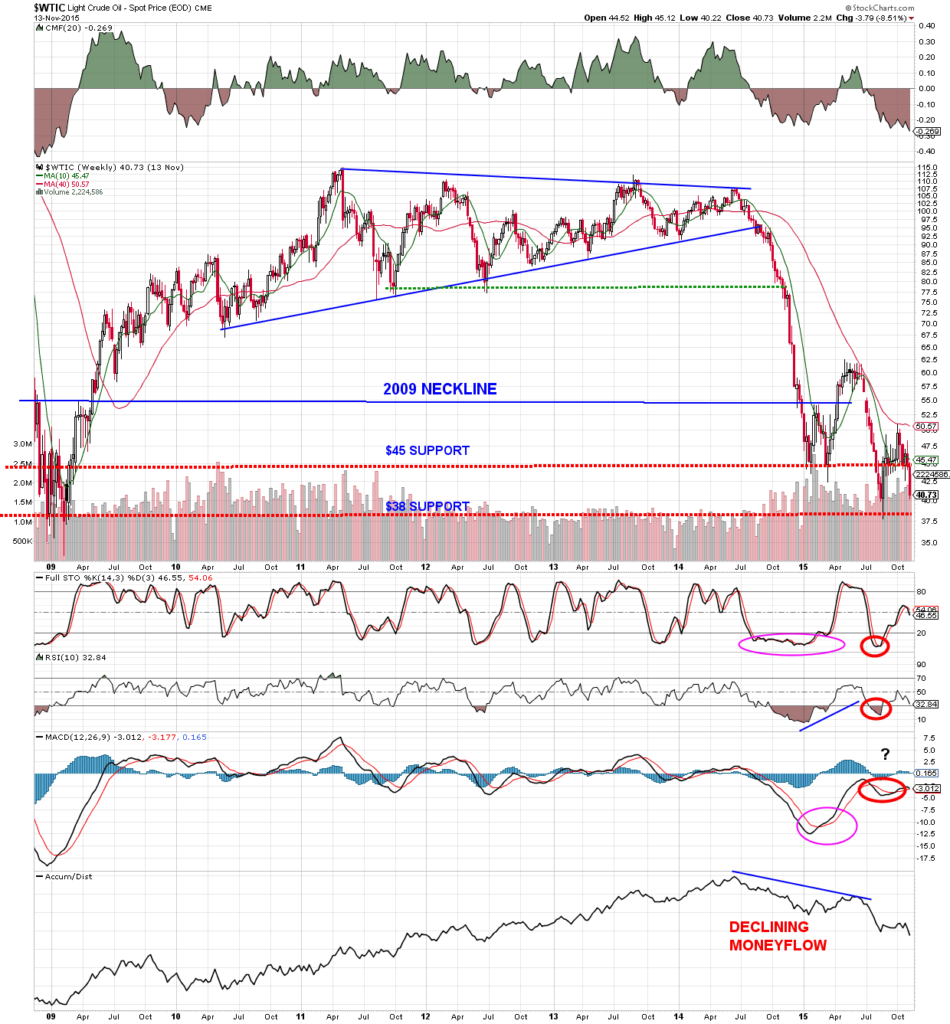 The coming days will be telling for the markets. We at ValueTrend sold a bit of equity a couple of weeks ago, and have 10% cash on the sidelines looking for an opportunity.

Despite the fact that I was just recently on BNN, I’ve been invited to participate in a special week of top BNN MarketCall guests this week. The entire week is featuring MarketCall’s most popular guests . I feel privileged to be participating in the event,  given the high quality of all of the guests that go on the show. My appearance is for this Thursday November 19th at 6:00pm. Be sure to mark this one in your calendar. 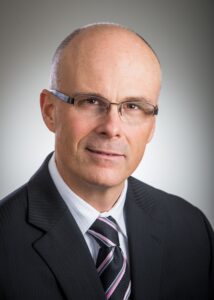