Home / The long and the short of it

The long and the short of it 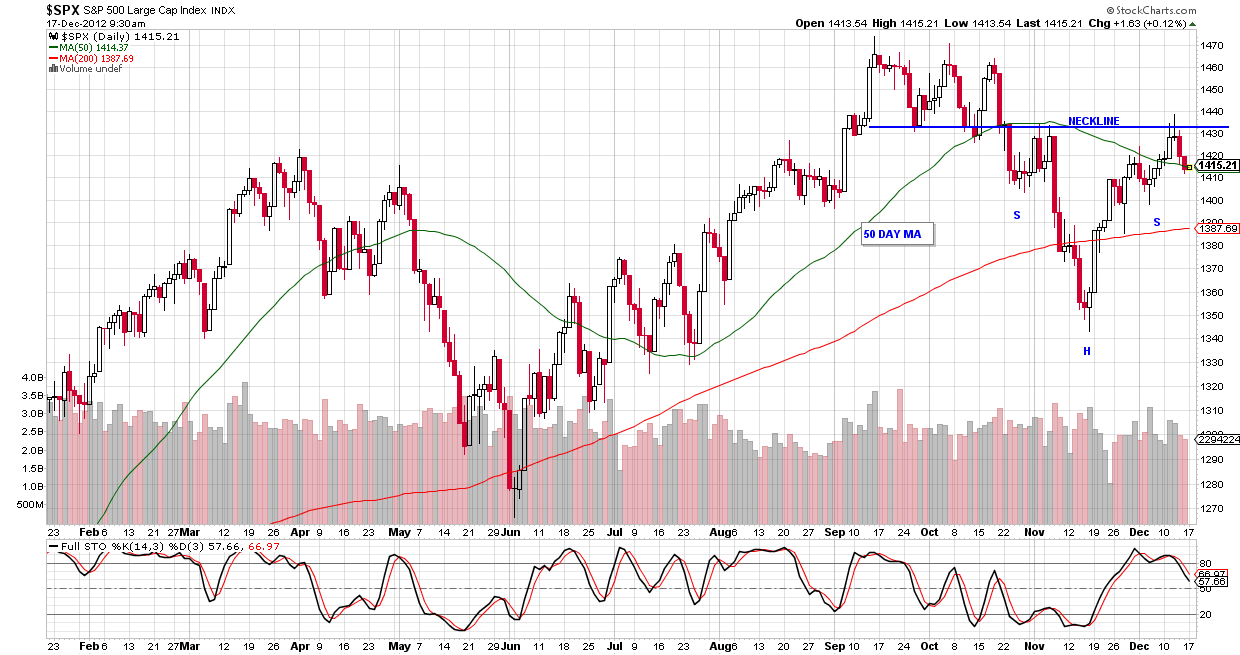 Last week’s negative action took a little bit back from the rally off of mid-November. The recent meandering by the markets may continue until this whole “fiscal cliff” dilemma gets some positive action behind it. Technically, a few factors suggest that markets will stay more or less where they are (up/down by a few points) until then. The S&P is supported by its 50-day MA. Resistance comes in at under 1430, which just so happens to lie at the neckline of a potential H&S bottom formation. Positive cliff news should result in a neckline breakout, and a move to my often mentioned target of 1500-1550. Seasonal influences are usually positive at this time of the year–the famous “Santa Clause Rally” can push stocks higher into the first week of the New year, and the “best 3 of the best six months” include November, December and January.

Meanwhile, there are some technical arguments for a near termed pullback. As you may already be aware, stocks are usually traded in lots of 100 shares. Odd-lot sales, which are orders of below 100 shares, versus odd lot purchases has hit a two-year extreme.  This has been a relatively successful contrary indicator and is a short-term warning sign for stock market downside, according to sentimentrader.com. Similarly, Stochastics was a bit overbought on the S&P500- it’s rounding over at this time (bottom pane of chart above). There is some room for downside momentum if the cliff is not resolved soon. Despite these signs, the most likely outcome is for positive movements between now and late January, based on seasonal and technical observations noted above. Note on the chart below that the TSX is also supported by its 50 day MA. RSI is not overbought. 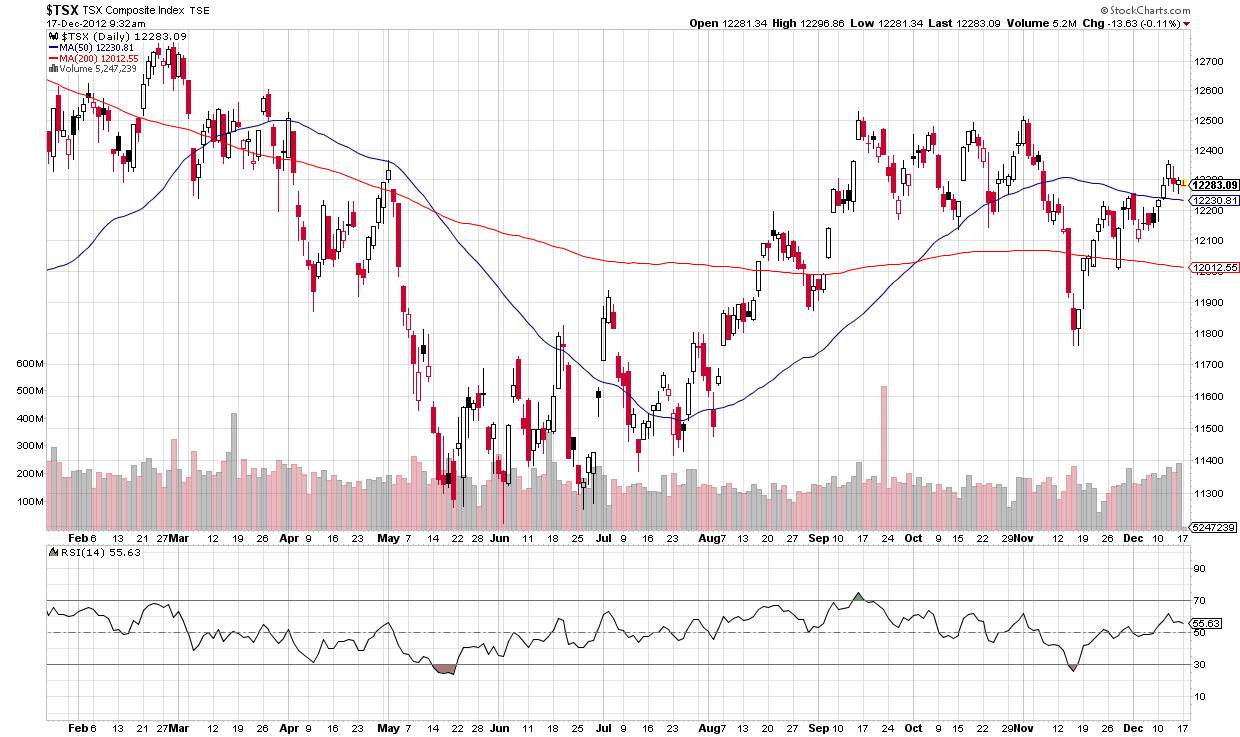 Not being an economist, I’m not usually interested in economic indicators. However, I do note that the Baltic Dry Index, an indication of overall economic health, has been trending down for 2 years. As Howard Simons, an economist and columnist at TheStreet.com said:  “People don’t book freighters unless they have cargo to move”. The downtrend here signals a bigger problem for the economy than the stock market – a theoretical leading economic indicator – might be building in.

Here’s a link to an article citing some research I did on the correlation between companies run by Financial Post magazine’s winning CEO’s and their respective stock performance thereafter: http://business.financialpost.com/2012/12/12/rankings-offer-investors-glimpse-into-ceo-performance/