Back in 2015 the Fed started talking of raising rates. Sure enough, they began tightening from 2016 and on. I posted a blog, which can be seen here, to inform you (the good readership) of the positive, not negative, impact of rising rates on the stock market.

History tells us that my assumption was correct in predicting further upside as a result of rising rates.

The chart below illustrates the 3 month treasury yield vs the S&P 500. The treasury bill market tends to follow Fed rates mush more accurately than the long bond yield does, so it’s not a bad indication of consumer interest rates. 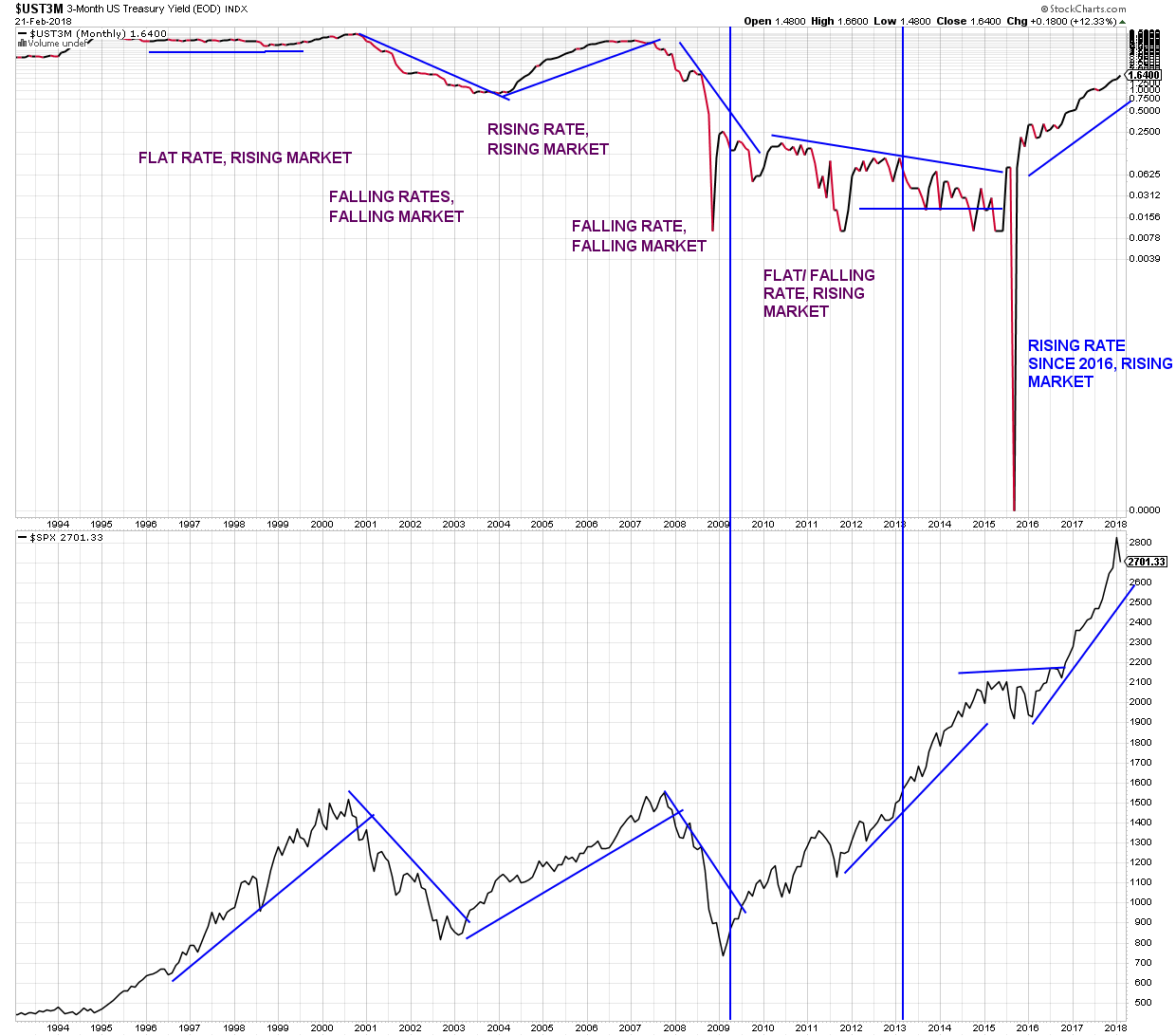 You will notice on the chart that interest (T-bill) rates tend to move more or less in tandem with the markets. The thought by some folk is that a rising rate will be bad for the markets. However, the chart shows us that rising or flat T-bill rates (and therefore, overnight lending rates) are historically positive for the stock market. The only exception to this rule of thumb was during the tech bubble. Back then, as seen on the chart, when rates went up stocks went down. I would argue that falling stock markets during the tech bubble implosion had NOTHING to do with interest rates. If you were investing back then ( I certainly was…), you know that the tech bubble had more in common with today’s bitcoin and marijuana craze than it had with Fed rate decisions.

So, perhaps this picture paints a thousand words. As readers know, I am of the opinion that this market is in the final stages of the bull. Perhaps we have 3 months, 6 months, or even a year left for the bulls to party. When the party ends is to be seen. I can’t give you a date to circle on the calendar for that. But I might be able to offer you this:

The end of the bull market will not be driven by rising interest rates. It hasn’t recently (per the chart), and it hasn’t historically.

According to the Greater Fool Theory:  The market rises because – as foolish as we are to buy stocks, there is someone more foolish ready to buy our stocks from us at an even higher price. The end of the bull market will come when the very greatest fool has invested. May all of you join me in striving not be the greatest fool.