For this week’s sector commentary, I will revisit two of my recently reviewed tech stocks, with some updates on where they may go from here–I am keeping the commentary rather short, as I have provided greater details in my prior postings on these securities. I’ll also take a quick look at the NASDAQ from a technical viewpoint. BTW–I’ll be on BNN television tomorrow at 3:30pm to discuss these stocks. Catch the show if you can.

I wrote about RIM recently here: https://www.valuetrend.ca/?p=1654.  I was also asked about it on BNN MarketCall back in the fall.  On the show, I called for RIM to rise with a target of $14- $15  if it broke the neckline resistance at $9. As we now know- RIM broke $9, and has reached its $14-$15 target. The 50 day MA is just on the verge of a bullish crossover up through the 200 day MA for the stock—a bullish sign if that is completed.

My thoughts for the near-term on RIM: Traditional momentum indicators are overbought and rounding over for RIM at this time (RSI & Stochastics) – thus, there is room for a pause or small pullback on the stock.

Longer term–Thursdays earnings, and continued positive feedback surrounding their new Blackberry phones will be necessary to drive the stock past $15. There is very good reward potential on this stock, and the chart is bullish—but its not without its risks. A failure to impress may drive this stock right back down to $9 again. 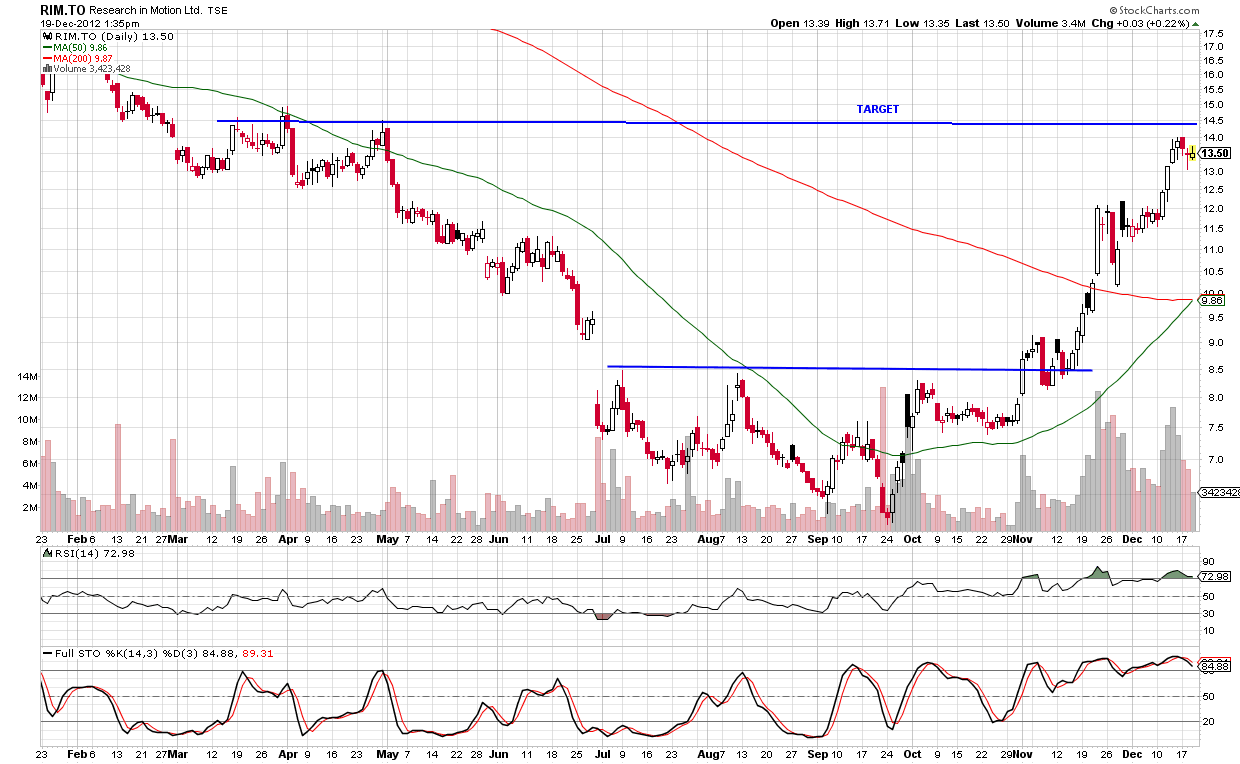 I originally covered Apple back in early October (https://www.valuetrend.ca/?p=1488) where I suggested the stock may lead the NASDAQ lower. I targeted sub-$600 for the stock—which, in hindsight, was too conservative.  The stock temporarily broke its 2-year trendline at around $520 last Friday—also a significant point of technical support for the stock. However, that break didn’t last past Monday, where the stock rebounded back up through support. Here is my blog from last Thursday noting the support lines on the chart: https://www.valuetrend.ca/?p=1690

The neartermed picture is somewhat mixed for AAPL—in that its temporarily oversold judging by the momentum indicators that are now hooking up (RSI, stochastics).

However, the bigger picture is going to be determined by AAPL’s ability to stay above its trendline and support levels of $520, and get back over its 50 and 200 day MA’s. Quite the contrast to RIM, which is on the verge of a bullish crossover of those MA’s, AAPL performed a bearish MA crossover (also known as a “death cross”) in early December. 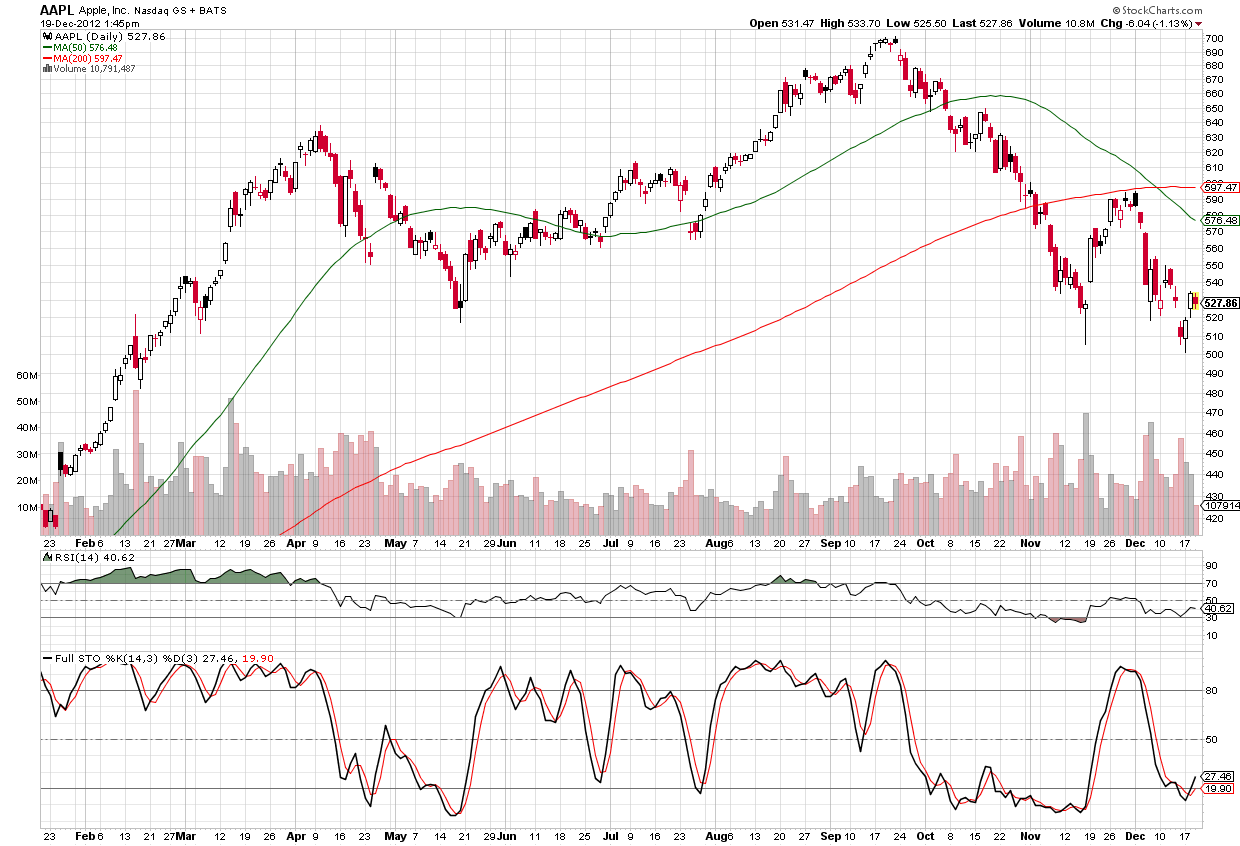 The NAZ is approaching a near-termed oversold level, but overall it is in great shape. Higher highs, higher lows, and despite the very recent attempt for the 50 and 200 day MA’s to cross over bearishly (not shown on chart), the index is above these MA’s and looks on track to see its recent highs of 3200 in the coming month or two—and possibly surpass them. To me, this index looks to be a buy on the pullbacks – for the time being.