Back in December,  I noted that Canada was not my favorite investment choice as a longer termed outperforming market. Not to say that the benchmark index for Canada (the TSX 300) wouldn’t have potential for a bounce based on oversold commodities at the time.  My bigger picture look at both TSX trends, the reliance on commodities, and Canadian government fiscal policies keep me cautious beyond near termed trades on our home and native land.

The oil chart below demonstrates my prior noted resistance point as WTI approached its 200 day MA. Remember folks, oil has very much lead the TSX recently – so its important to be aware of its trends. As I noted in past blogs– a failure to break $42 by WTI means a failure for the TSX to move significantly higher. 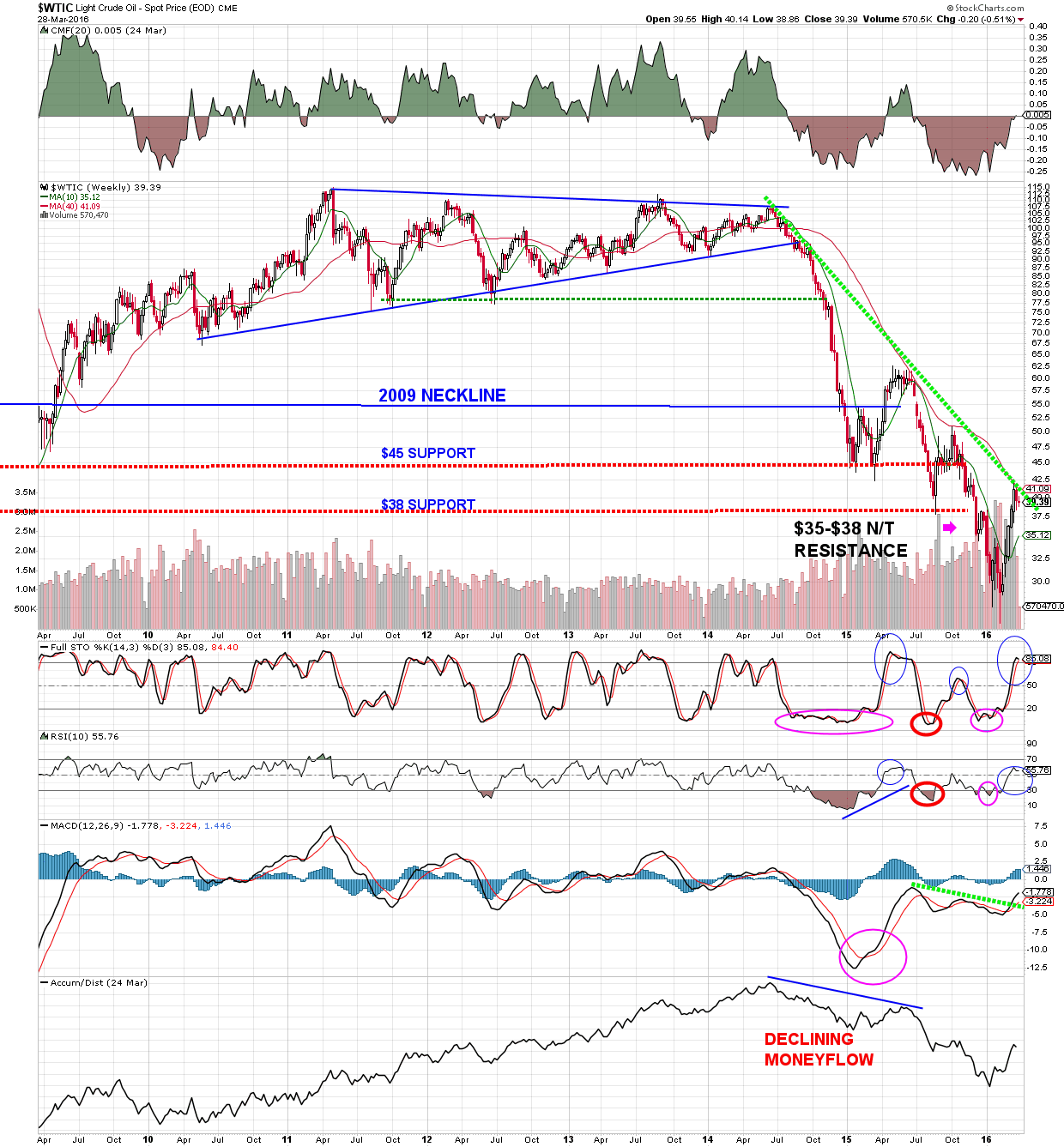 On the positive side, the TSX has broken an intermediate termed downtrend, and has a target of 14,000 if oil can continue moving up . The chart below illustrates this fact perfectly. However – beyond oil’s potential stalling point at current levels, Canada has another important factor going against it.

Unfortunately, on the fiscal prudence front, Canada has gone from bad to worse since my blog in December. The Liberal election pledge made just 5 months ago to borrow a ‘modest’ $10 billion per year has been cast aside. The new government has instead raised the spending bar to $30 billion –and that’s for this year alone. Imagine that–Canada’s PM who enjoyed privileges of being born into wealth that few of us will ever realize –and who  stated prior to election that the economy will “take care of itself” -(really??) – had no idea of how much his lofty promises were actually going to cost.

Canada is now projecting the rather unfathamoble deficit of over $100B over the next 4 years. The chart below, courtesy of Nesbitt Burns, gives us an idea of how Canada had managed to control the deficit even after the 2008/9 world financial crises, earning us accolades worldwide.  The chart provides a forward view of how it will look in the coming 3 years. Will the current government be able to act as prudently as the prior government by bringing Canada’s finances back to a surplus after their spending spree? I for one am skeptical. Meanwhile, the purses are open – not just for infrastructure spending, but a reduction in the retirement benefit age (a negative benefit cost), a reinstatement of civil servants sick benefits (a negative benefit cost), a reinstatement of redundant postal walkers positions (a negative benefit cost), and free student grants (I got a job when I needed to raise my school tuition). As Rona Ambrose (PC opposition to the current Liberal Government) noted “Canadians gave them an inch, and they’re taking miles.” 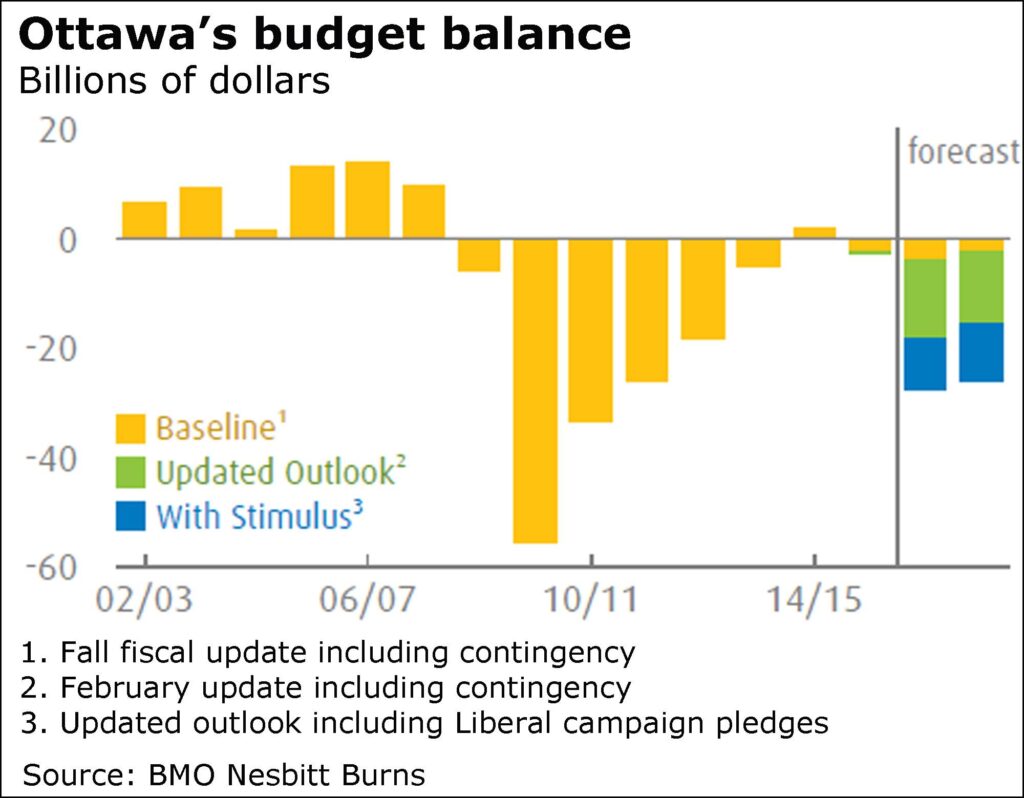 Unfortunately, my observations – made in my year-end blog – on Canada’s investment status haven’t changed much. Thanks to the new budget, some potentially unrealistic hopes surrounding oil’s comeback, and a focus by the current government to buy votes through appeasing the over leveraged middle class. The CBC on March 22nd noted: “Most of the gain in this budget, most of the new dosh, isn’t going to the neediest. It’s going to people that this government deems are most deserving. A quick rule of thumb: Anyone who puts super grade fuel into his or her car and has trouble making ends meet needs a cheaper car, not someone else’s redistributed wealth.”

As always, these views are my own and don’t necessarily reflect those of my employees nor of WorldSource Securities.