While North American markets reel from the US government shutdown and fears surrounding the debt ceiling, other markets are showing considerable relative strength. Take the emerging markets index. After being hammered in the first 9 months of the year while US market screamed upwards, it’s looking a little healthier now. By June, EEM reached an oversold condition according to stochastics and other indicators. A rally following a second stochastics signal  in September pushed EEM through its 50 & 200 day MA’s. More importantly, it began to outperform the S&P 500 – as seen on the bottom pane of my EEM chart (comparative relative strength). 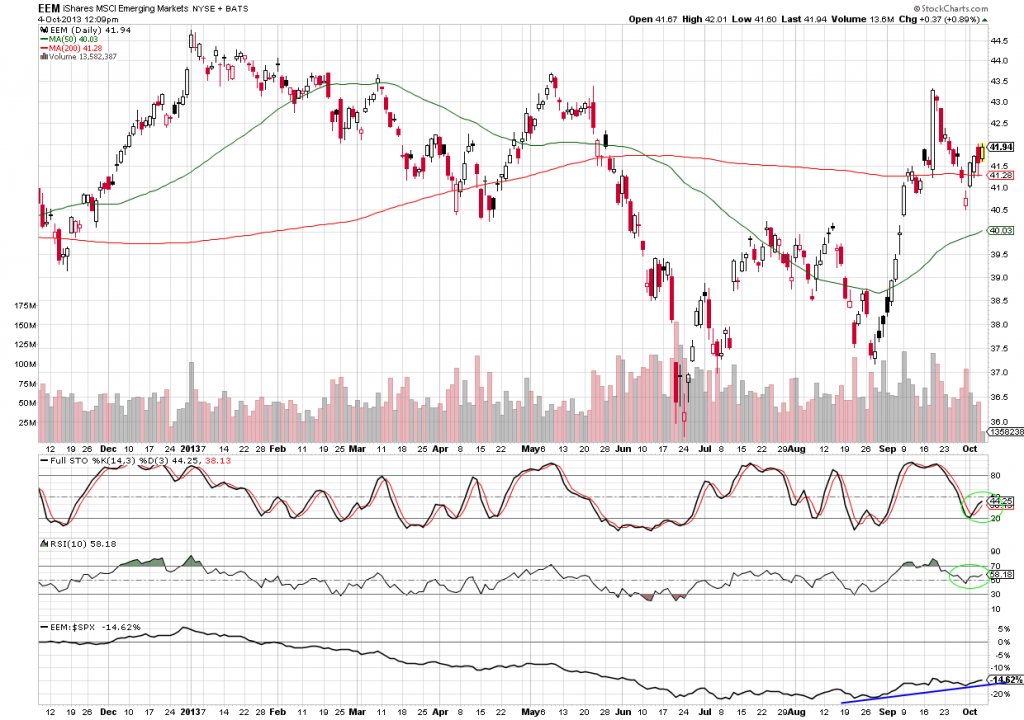 The EAFE (Europe Asia Far East and Australia) shows even greater comparative relative strength., as seen on the EAF chart below. It’s a bit overbought right now, but the signs are there, including support by the key MA’s. 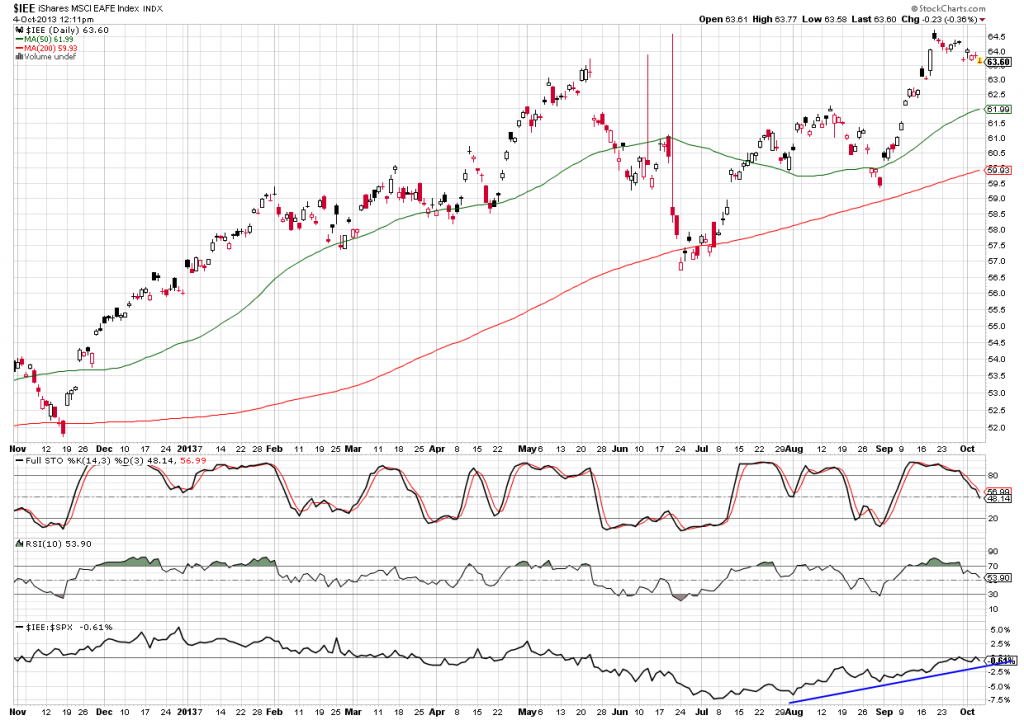 So too does Europe by itself, illustrated by the IEV chart. I noted in an Investors Digest article a while ago that Europe may end up a little like the USA – as it recovers from its contraction. That is, it may be closer to the early stages of recovery and perhaps a better performer than the US markets going forward. That all depends on sustained recovery of course, but it’s a worthy consideration. Here’s the link to the ValueTrend website, where you will find all of my articles reprinted: www.valuetrend.ca 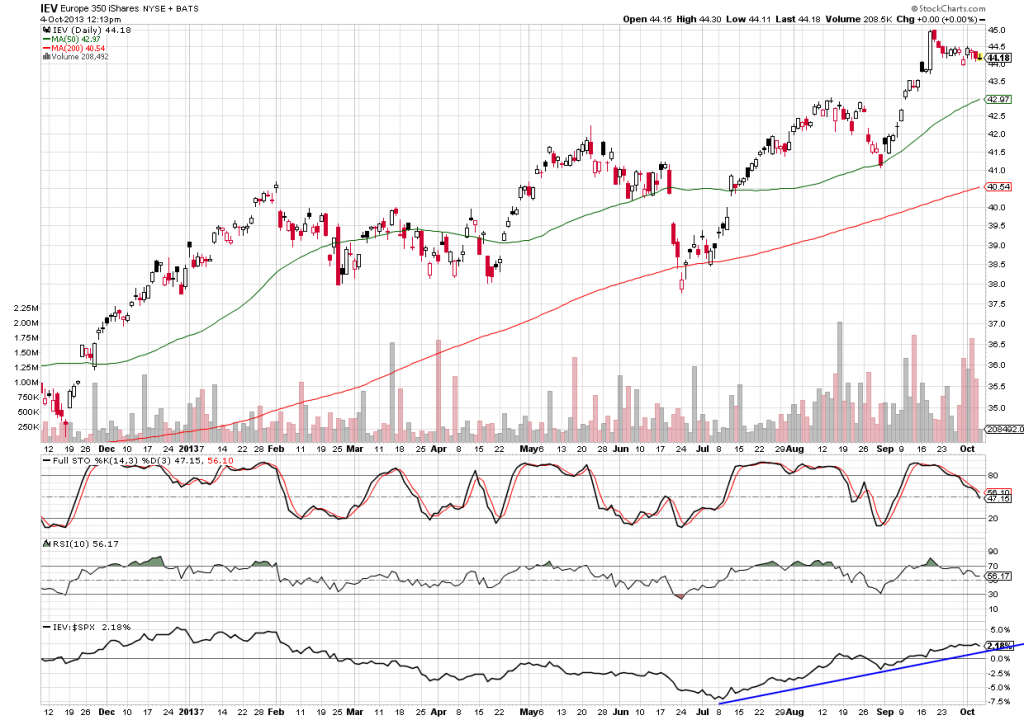 While the US remains in a bull market at this time, there are other markets that are worthy of consideration going forward.

As I age, I become more of a skeptic. As Canadian rock group Rush once sang in their hit "Tom Sawyer"--"His mind is not for rent, to any God or Government". As a skeptic, I subscribe to Skeptic END_OF_DOCUMENT_TOKEN_TO_BE_REPLACED

Here are some charts I am following for various reasons. I'll look at the loonie, WTI oil, Canadian oil, the SPX, the TSX and Europe. If you have any broad market or sector charts you'd like me to END_OF_DOCUMENT_TOKEN_TO_BE_REPLACED

Before getting started, I wanted to note that we are publishing a newsletter update today. This is a version of the client newsletter we do. Sometimes the newsletter mirrors this blog, but sometimes END_OF_DOCUMENT_TOKEN_TO_BE_REPLACED