Some like to play with fire. For those folks, there’s always day trading, or buying into a momentum play. There’s also investing in themes. Back in the late 1990’s the big investment theme was “dot com fever”. In the early 2000’s there was a real estate bubble along with “peak oil theory”. Just a couple of years ago we saw the “marijuana madness” investment theme, and with that, the “bitcoin bubble”. Since 2017, we’ve seen the “FAANG’s forever” theme take hold. For those who just love jumping on the next thematic play – there seems to be a revisiting of bitcoin and crypto currencies play. That, and Tesla.

Today, just for kicks and giggles, I thought I’d take a quick gander at the charts for bitcoin and for Tesla. I’ll write my two cents worth (or should that be, my two bitcoins worth) re their technical profiles. Lets get at it: 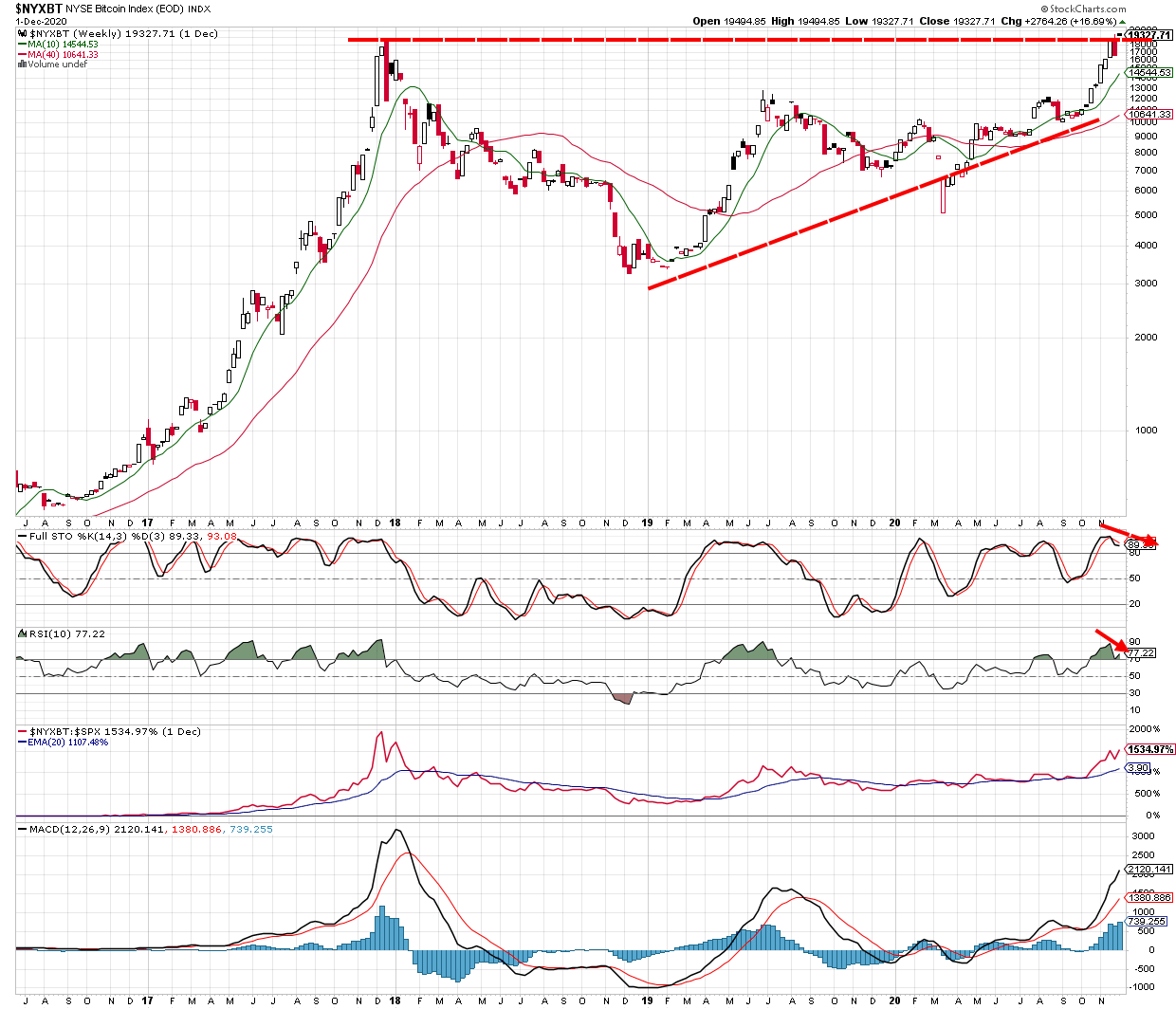 The above chart of the NYSE Bitcoin Index suggests a potential breakout through 2017’s speculative peak high. We’re about a week into that break, so its too early to stamp it as the genuine article. Of concern are the declining stochastic and RSI indicators. New highs with declining momentum means a divergence is occurring. That adds evidence to the thought that investors wishing to jump on this train might want to exercise caution and see if the break can last. See my book Sideways for the “3 bar rule”.  On the positive side, MACD is rising with no sign of longer termed momentum breaking. Again, a week or two of solidity above 19,300 on the index might just be a good sign for the cryptocurrency gang. 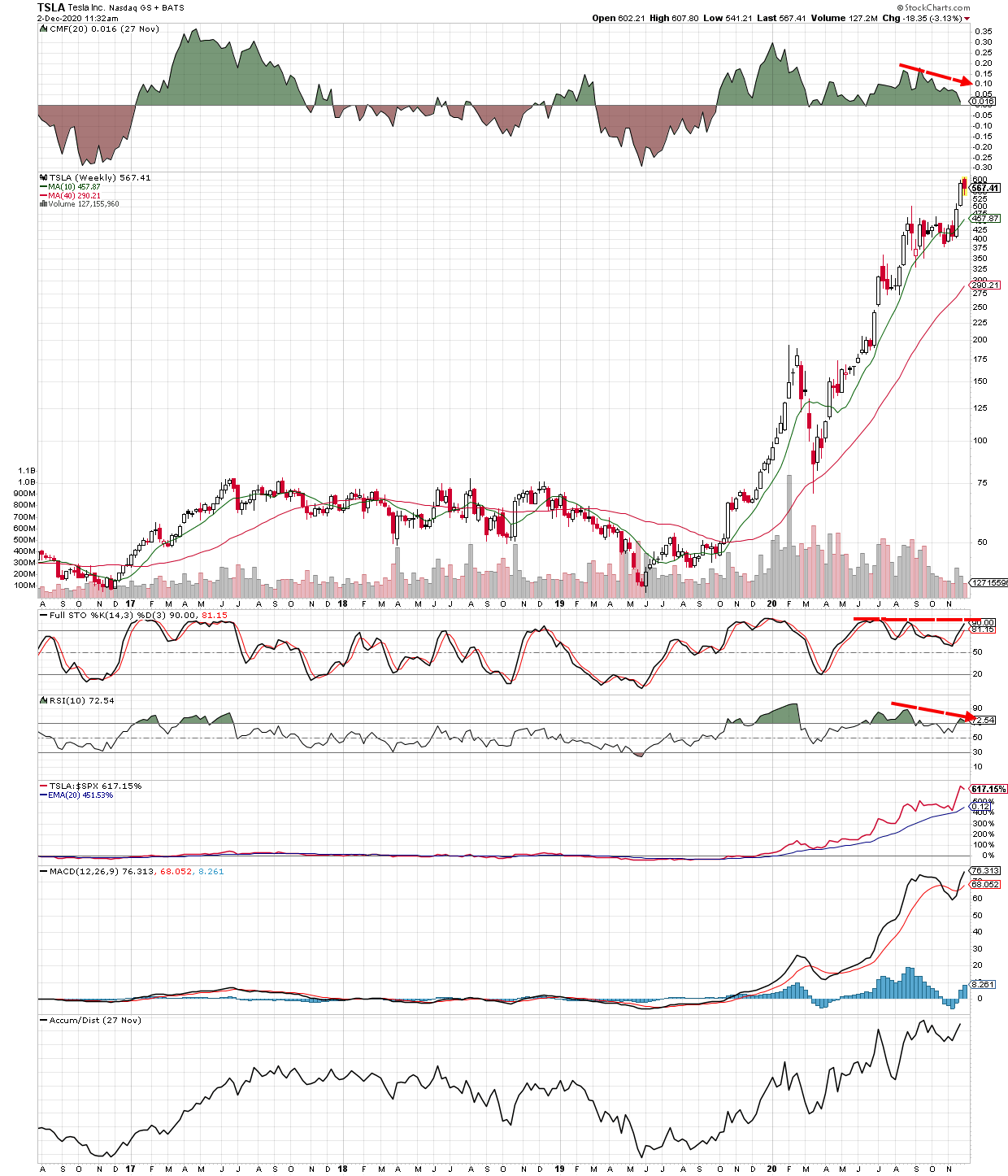 Declining moneyflow momentum (top pane) and diverging RSI suggests a similar concern as the Bitcoin index. Stochastics is pretty overbought, although its flat of late. MACD is crazy overbought, but its not slowing….yet. Cumulative moneyflow (bottom pane) is trending up, which is bullish. This stock presents a very mixed bag of overbought divergences, yet positive longer termed indicators. Still, it makes me a bit nervous when I see this kind of mixed bag.

This is just an opinion, but for what its worth… Tesla’s chart and its forward PE ratio of a mere 250 (um, ok…) suggests a parabolic rise in earnings over the next decade. Perhaps Tesla’s shareholders are under-estimating an onslaught of competition to come by the big automakers. Or its just a bunch of momentum traders here for a good time, not a long time…Just sayin’…