Home / Some indicators suggest a selling opportunity is approaching

Some indicators suggest a selling opportunity is approaching

The S&P 500 is currently testing a level of technical resistance on its daily chart. The level of 2800 has been tested a few times unsuccessfully since February.

On a shorter termed timing basis, we can turn to my Short Termed Timing model as applied to the S&P 500’s daily chart. I have noted this system in past blogs. It is quite good at identifying neartermed moves. It’s not much good at making bigger picture predictions – which is why I tend to rely on the Bear-o-meter for that type of outlook. Here’s a blog covering both methods of analysis. You will note on my short termed timing model that this index has followed its overbought/oversold signals quite nicely – the two most recent being a sell, then a buy between June and July. A buy or a sell is indicated by the CONCURRENT signals of: 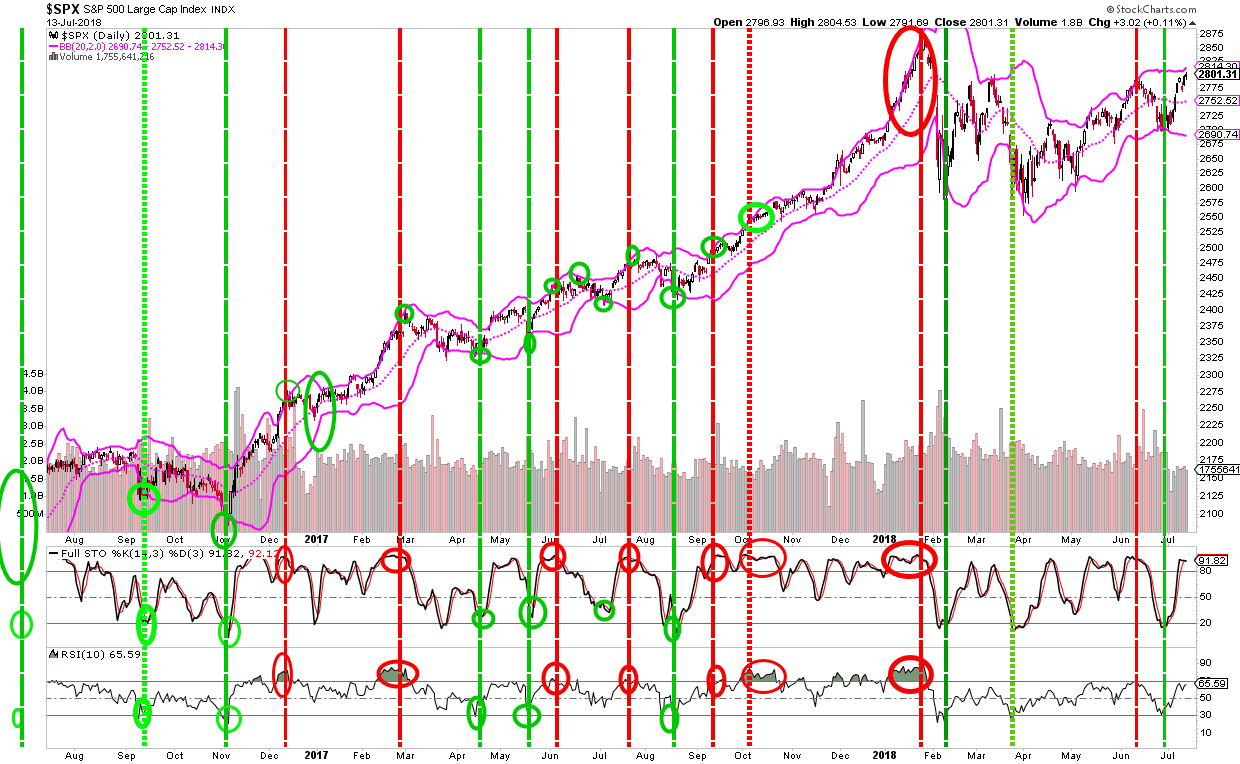 Right now, the Short termed timing model is near, but not quite at, a sell signal.  Stochastics is overbought and hooking down. But the RSI indicator is not quite at its overbought line, and the upper Bollinger Band is not yet being tested. For those interested, I use the Stockcharts.com default levels on these indicators. Anyhow, we are close to a sell signal. It wouldn’t surprise me if we got one this week. Don Vialoux, Technical Analyst and seasonal guru, tells us on his blog today that the market tends to enter a period of weakness after the third week of July. That’s coming up by the end of this week. Further, the markets are being driven by decent earnings, according to Don. Last week’s selloff on financials, after good earnings, suggests that the market could be in the “Sell on news” mode.

The TSX, by the way, is in better shape than the S&P 500 at this time. Its breaking out to new highs, while the S&P 500 is struggling to get near its January peak. This of course after years of underperformance by the TSX, so it’s a pretty neartermed move from the current perspective. Much of the TSX’s strength has been due to oil’s move. Seasonality tends to push the TSX lower into late summer and fall, just as it does with the S&P500. So too does it affect the energy sector through an underperforming period into late summer or fall. I’m curious to see if the TSX will defy its seasonal odds this year. I am going to guess not – although it may remain an outperformer relative to its US counterpart. That is to be seen. 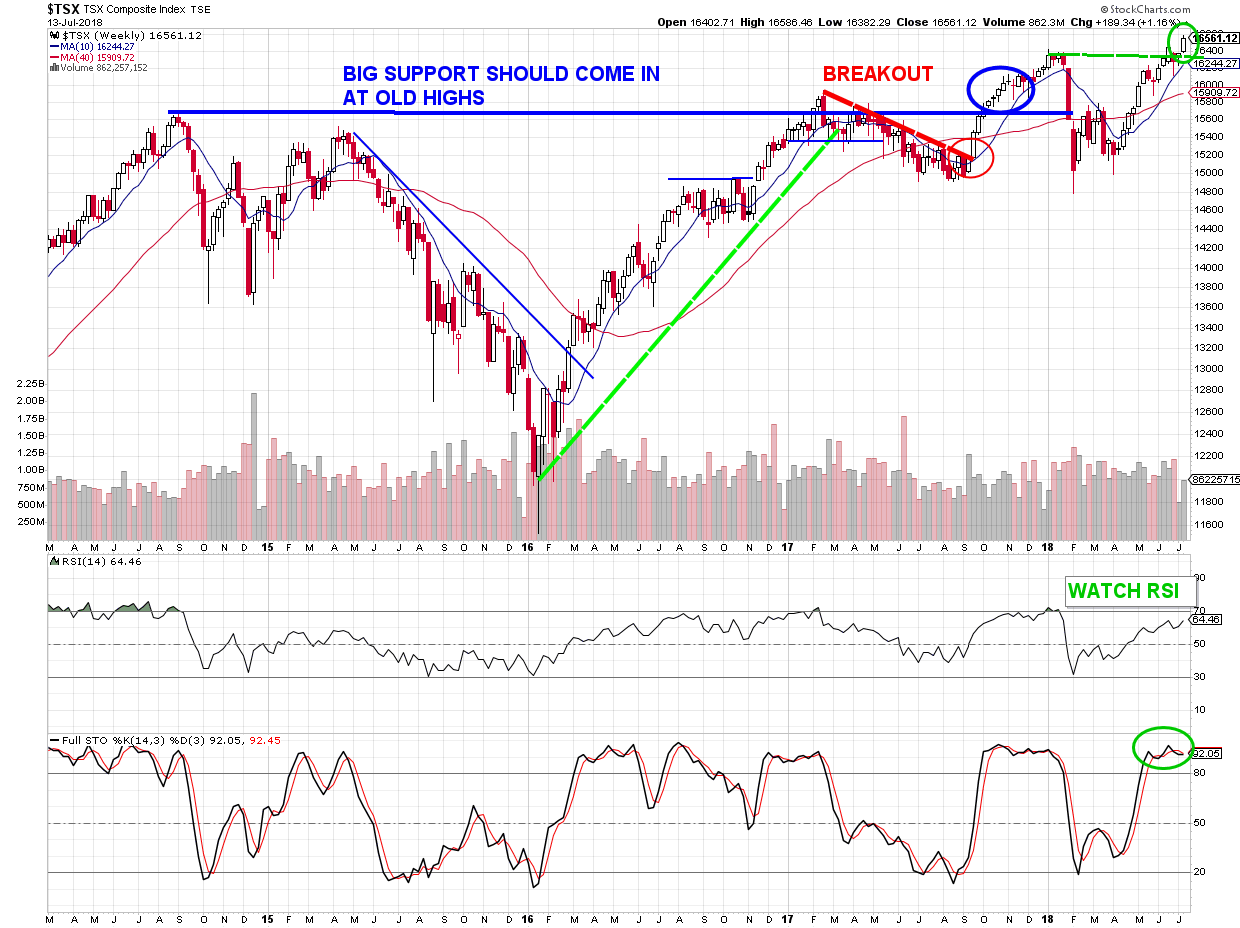 Heads up to readers who are looking to sell some of their dead weight positions, and raise cash for a potential buying opportunity in the late summer or fall. This week, according to some of the chart indicators I follow, and the seasonal patterns, may be a good opportunity to do so.