Off the start, I would like to disclose that we have a position in the ETF discussed today—namely the iShares Russell 2000 ETF (IWM-US). This ETF represents the Russell 2000 small capped stock index. The sector broke out a while ago, as seen on the chart below. It’s been a good place to be. In fact, small caps are outperforming the large capped S&P500 by a wide margin of late. 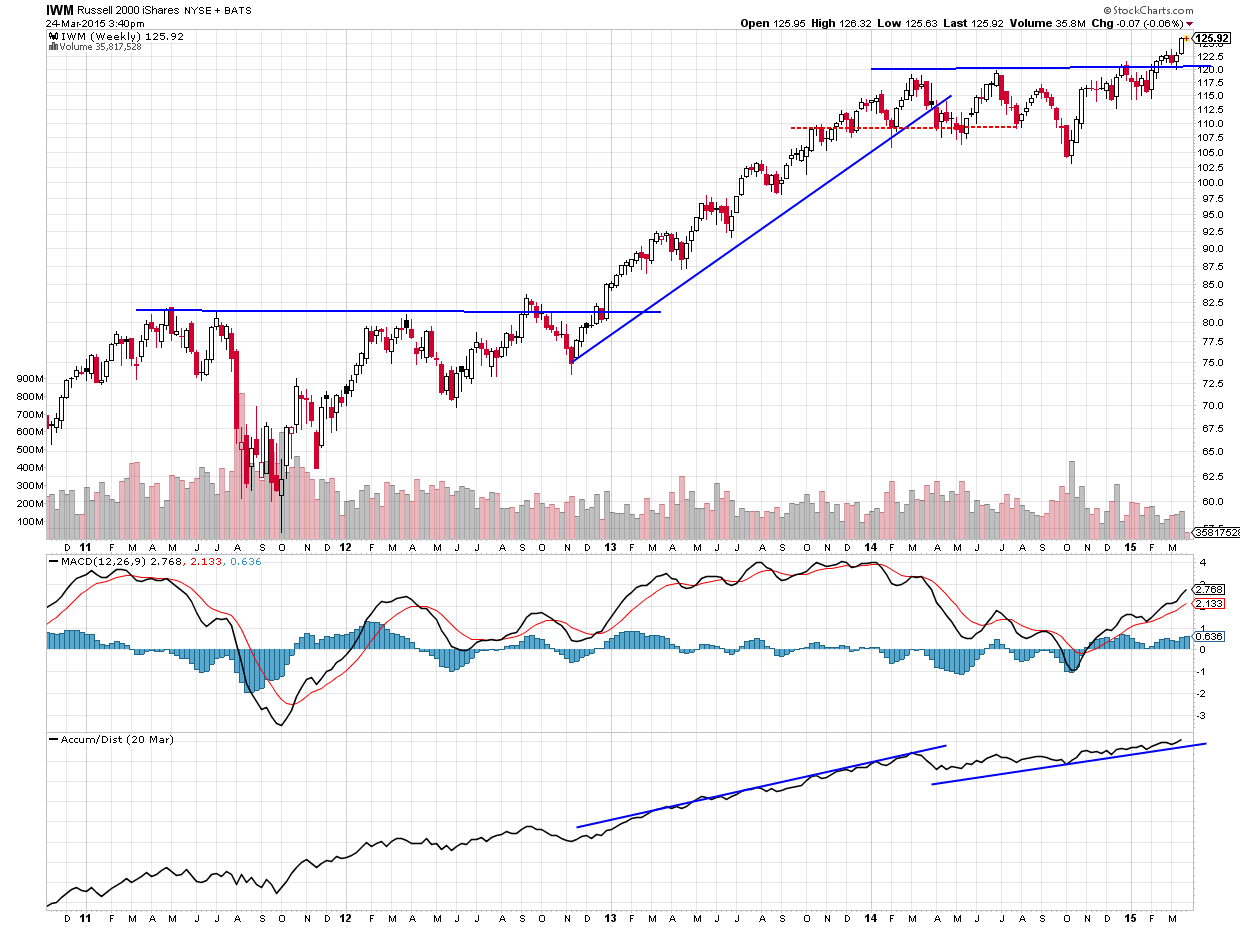 Some market pundits believe that if small caps are leading the charge, this is good news for the broad markets. Not necessarily so, according to research analyst Jason Goepfert at www.sentimentrader.com

Jason says this about the recent movements on the S&P500 vs. the small capped index:

“S&P500 returns tended to be below average, but not statistically significant except for one year later. It took the index nearly a month to score a new high and a further -1.8% loss to get there. If we look at returns three months later, the S&P averaged a return of -1.6% when the divergence was as bad as it is now, versus +2.8% when it was a smaller divergence. And it took almost twice as long for it to climb to a new high. The arguments for assuming that its good news for small caps to lead are persuasive and logical, but logic doesn’t always rule in auction markets, and this is an example of that.”

We remain long this ETF, but do expect to exit it, along with raising further cash from our larger capped holdings in the coming weeks. We are currently holding a 20% cash weighting in our equity platform at this time.

BTW–I’m on vacation this week, so this blog will be my only entry for the week – back next week with the usual bi-weekly commentary.