As I age, I become more of a skeptic. As Canadian rock group Rush once sang in their hit “Tom Sawyer”–“His mind is not for rent, to any God or Government”.

As a skeptic, I subscribe to Skeptic Magazine– which is a science magazine dedicated to critical scientific analysis of common beliefs. The magazine continues to cause me to pause when I hear opinions and rhetoric spewed by the media, government or ordinary people.

One example of such rhetoric is the recent Trumping of the “flattening curve” in COVID-19 cases. It’s likely that the biggest impact of this virus is the psychological effects. Yes, the curve may show some signs of abating. But it’s early, and the show ain’t over yet. I’ve heard from a reliable source who worked in the insurance industry in statistical programing that the reality behind this disease is very far from being predictable. Hopes of a relatively quick returning to normal life, and the development and distribution of a vaccine, may be well ahead of reality. Yet, the government has an ulterior motive of offering hope. So hope is given.

A side effect of that hope is a stock market rally – like now. Is the current rally “Wave B” of Elliott Wave Theory…aka.. the counter trend rally? If you subscribe to our newsletter, you will have read my thoughts on that potential. I also pondered on that idea on this blog. 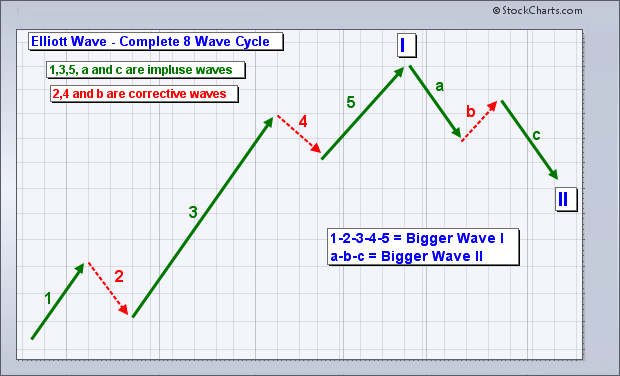 Aside from EWT, there is the good old psychological makings of a bear and bull market. Below is a chart taken from The Visual Capitalist website illustrating that cycle. I circled where we may be within that cycle in yellow. That is, a denial rally within the greater context of a bear market that has yet to play out fully. 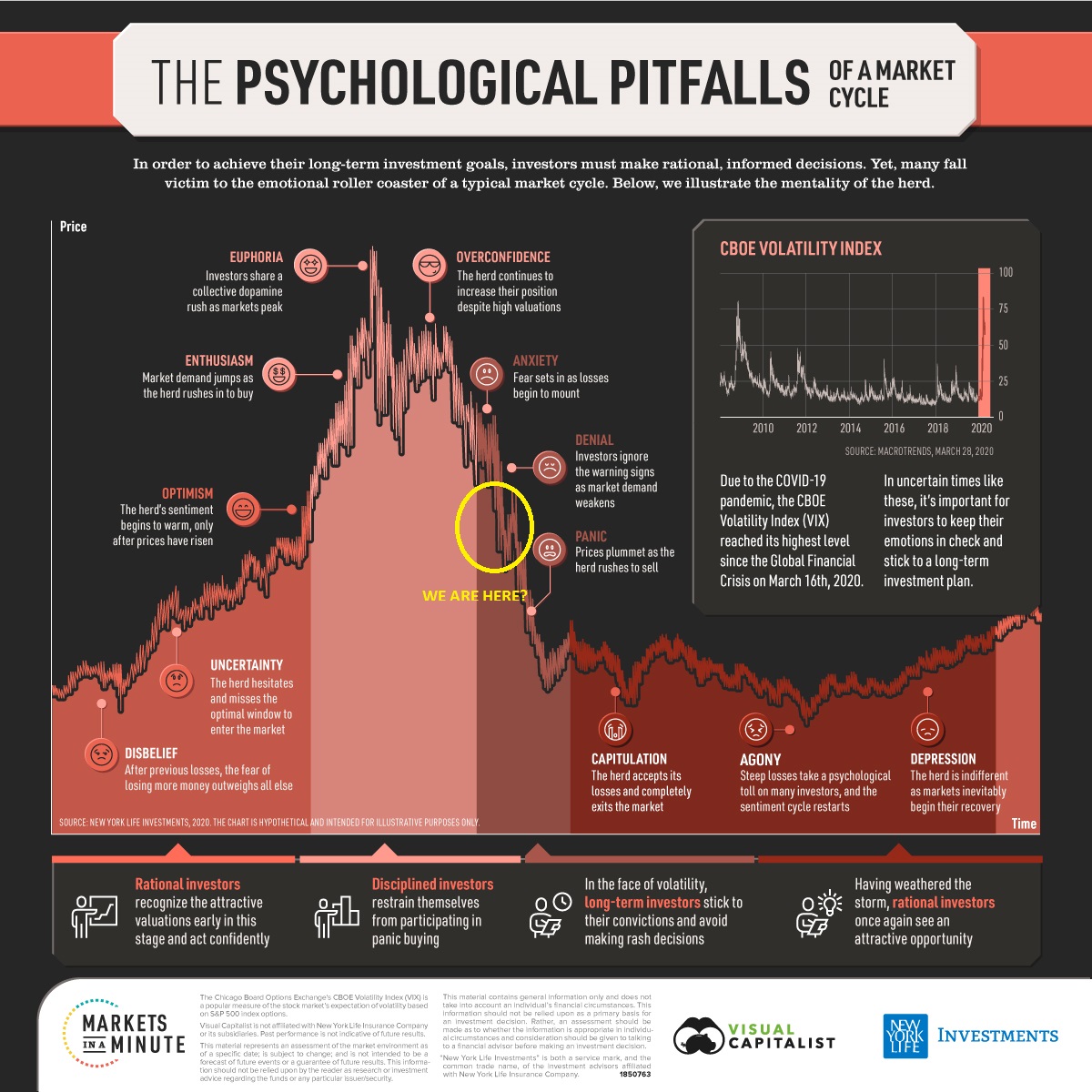 I’m not saying that I know that we are in Wave “B” or in the “Denial” phase per the charts above. I’m not saying that I have any true insight on the flattening of the virus curve, or the timing before life and the economy returns to normal. But I do know about technical analysis of stock trends.

Technical analysis offers tools to look for clues as to when we actually complete a bottom. One such tool is market breadth aka, market participation. Some research done by Sentimentrader.com lines up with similar research done by JC Parets, an American stock trader. They suggest that bear market bottom can be signalled by breadth. One such breadth indicator is the % of stocks in the SPX over their 200 day Simple Moving Averages. Followers of my Bear-o-meter know that I use the % over their 50 day SMA’s as one of my factors. The argument by Sentimentrader and Perets regarding the 200 day SMA is that it’s more of a macro, longer termed view on the markets health. The 50 day version that I use is more of a near termed signal.

Sentimentrader suggests looking for a move back above 20% of all stocks on the SPX over their 200 day SMA’s. Parets suggests a move over 15% of all stocks in the SPX breaking above the 200 day SMA will suffice. I’ve used the 15% point on the chart below for the lower horizontal line. Like my usage of the 50-day version of this indicator, I placed a horizontal line at points of theoretical “overbought/ oversold” levels.

Notice the head-fake when the indicator moved back to 15 in early March. The indicator went on to crater in the mid-March low. Only 1.25% of stocks on the SPX were above their 200 day SMA’s that day. Yikes! Now, the indicator is back to about 12%. So its getting there. The question is, will the rally we are seeing today (and yesterday) continue long enough to break that 15% barrier? We shall see.

Between the technical resistance points I recommended you watch on yesterday’s blog, and market breadth indicators like the % of stocks over their 200 day SMA discussed today, we have some indicators that might confirm a basing action. Remember, a base (sideways) period would be healthy for the market to complete a bear.

I’ll keep posting my thoughts on this blog. It’s great to read your market input in the comments section. So don’t hold back!