It would appear that the summer lows for the US markets will be retested fairly soon. I would think that this level will support stocks – or at least offer some near termed support for a bounce.  If they don’t hold, it will be ugly. My last blog provided some macro indicators, including breadth indicators that do suggest an oversold bounce is possible shortly. Here is the link.

Further, we can see that daily momentum indicators are quite oversold. Note on the daily chart that we don’t see hooks on RSI and stochastics yet but they are likely to do so soon—MACD, a longer momentum study—looks ugly. 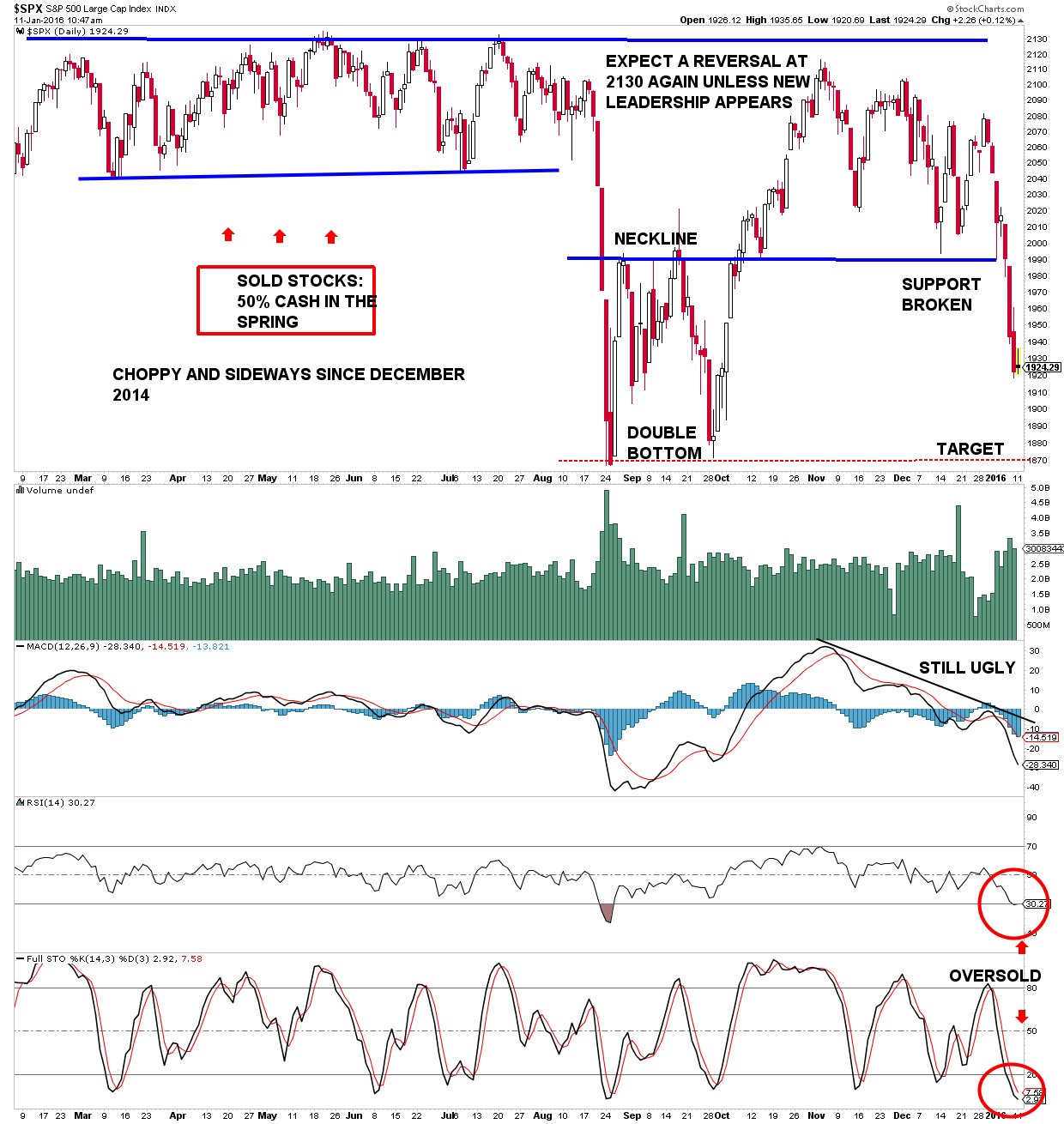 Interesting out-performance by US treasuries (TLT chart below), gold bullion (chart below) and utilities (XLU chart below) suggest that this correction is not your standard blip on the radar. Click on the charts to enlarge them. It is my opinion that a bounce should be used as an opportunity to lighten equity positions. Further evidence of out-performance by these 3 groups should be eyed before buying, but they should be on your potential buy list if the recent patterns continue. 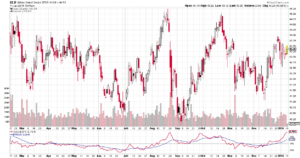 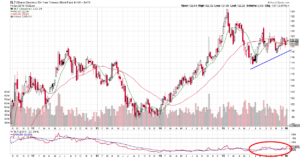 I must admit that this correction caught me off guard. I held only 10% cash coming into this correction – and I have spoken with very savvy traders and technical analysts who are in the same boat. However, even when one gets blindsided by an unforeseen event, this does not give me or anyone else permission to stare into the abyss with no trading plan. As such, I expect to be legging out  of more stocks this week. There will be bounces to play in this market, but it appears to me that the action will be much  shallower and shorter in duration than the past year’s sideways moves. Further, the danger of a break of the August/September lows is a  very real potential.