Robert Shiller (Nobel Laureate, economist, academic) is one of those Brainiac people who makes me feel like I’m a dummy when it comes to the economy, the markets, and money. But then I listen to Trudeau’s latest blathering about those topics – and then I feel smart again. So it all evens out.

Anyone who’s read my first book, SmartBounce, will recall that I cited Shiller’s CAPE (Cyclically Adjusted Price to Earnings ratio) as a way to estimate market valuation. Basically, the CAPE takes the current level of the S&P 500 and divides it by the 10 year Moving Average of inflation adjusted earnings. It’s considered by many people as a superior alternative to the trailing or forward “PE” ratio most analysts look at. Shiller has taken his CAPE, and compared it with the recent year of earnings growth, and the current one year standard deviation of prices (deviation of S&P 500 price movements). His indicator that resulted from these three factors is called the “Top Spotter”.

You can see the table that  Sentimentrader put together on this indicator below. The signal for a top has occurred 10 times since 1937 – including NOW! 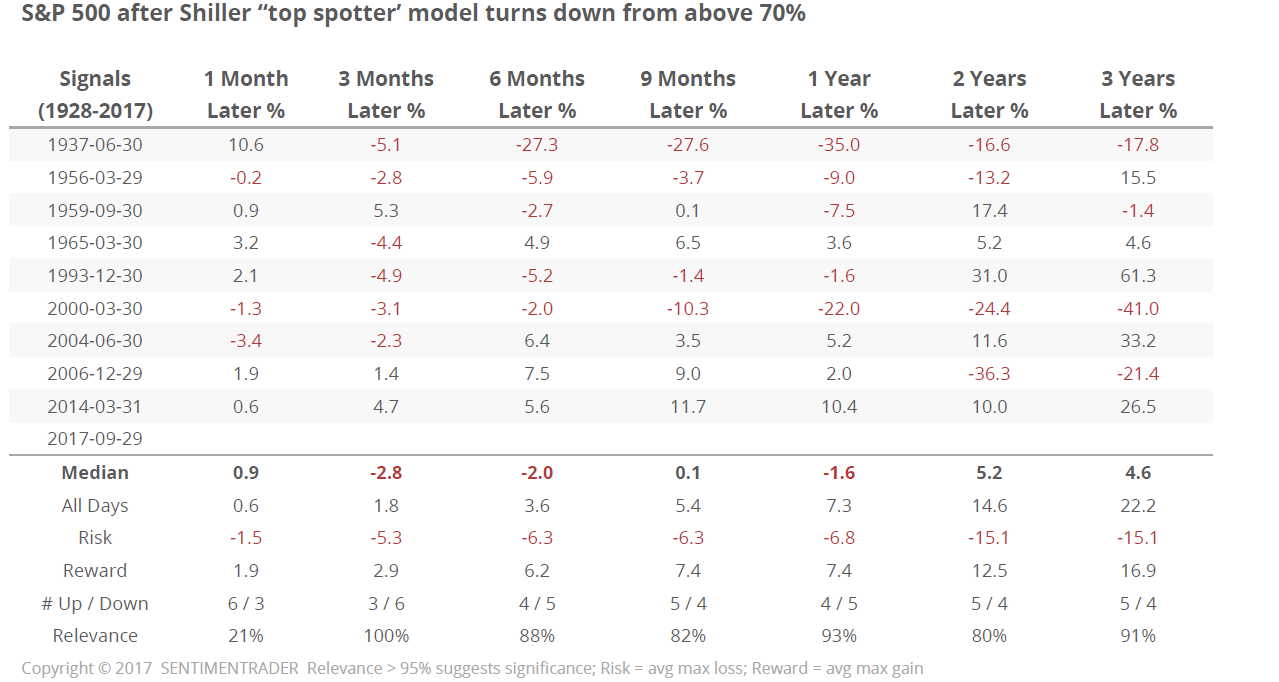 It’s not always signalled huge bear markets, although in the 9 months to 3 years later column you will see enough significant losses to make one worry a bit! The neartermed pullbacks were more consistent (1 to 6 months later). Only 2014 didn’t have a definable  pullback.

As my son’s hockey coach used to yell – “keep an eye”. Appropriate advice.

BTW–Note the name on the black jersey below!