In December (see here) I noted that I was selling my position in the Nikkei (Japan) via my position in the iShares Japanese ETF. I felt that the index had gone parabolic, and there was a certain level of support on the Yen coming into play. Recall from my prior blogs that there is generally a negative correlation between the Yen and the Nikkei. Effectively, a falling Yen is good for their stock market. My prognosis of pending support for the Yen would be bearish for the Nikkei. Further, seasonality was about to get choppy for the index. Finally, I noted that a few TV talking heads that focus on ETF investing were then starting to jump into the Nikkei. Remember my recent reference to the AIM Advisor model regarding the inaccuracy of  most investment managers? Their new enthusiasm in December was one more factor against that market. 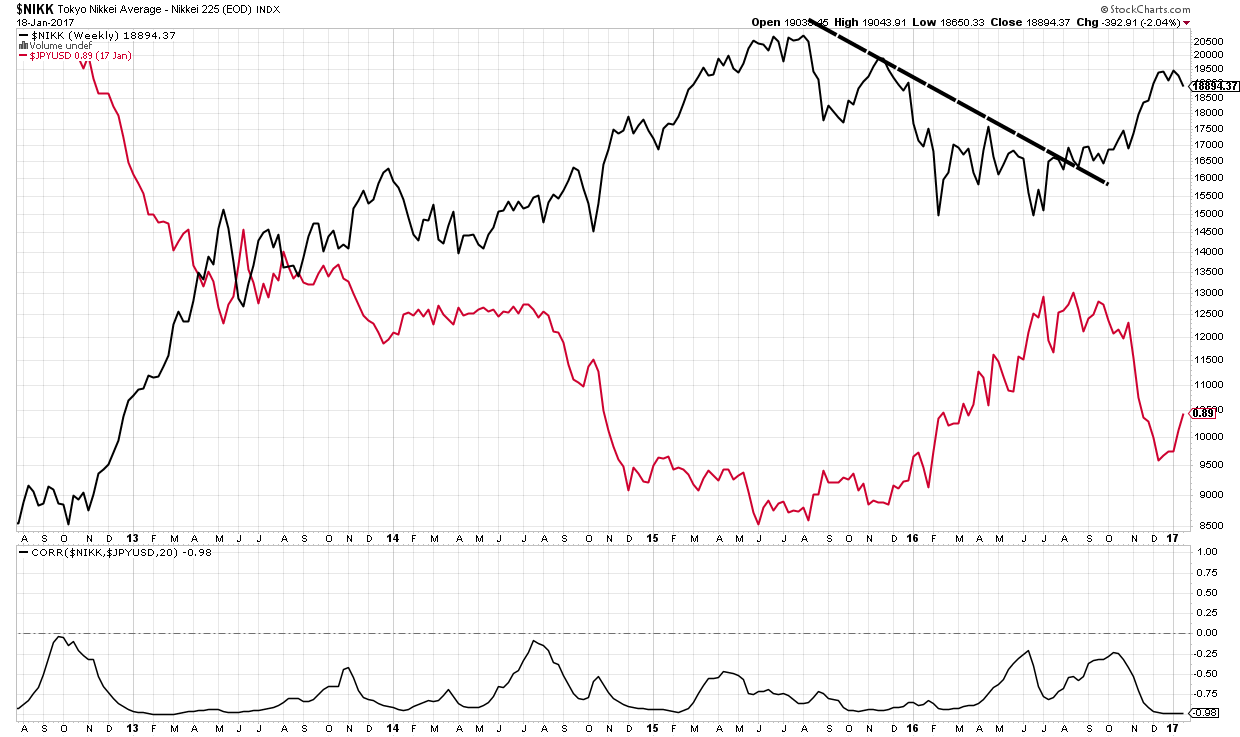 Right on schedule, the Nikkei is beginning to weaken (black line on chart). Simultaneously, the Yen is rising (red line on chart). My suggestion continues to be that of reduction in your exposure to the Nikkei. There is a potential for the index to settle and find support after an overbought selloff, but that remains to be seen.

We're into the home stretch, baby! Today's questions are being bundled together, given that they both focused on commodities. Before going to the charts, let me again thank all question-posters for END_OF_DOCUMENT_TOKEN_TO_BE_REPLACED

We're back with part 2 of the Ask Me Anything Answers from last weeks blog. Lets get right to it. Divergences Tesjinder asks if I have a preference for daily vs weekly charts when looking at END_OF_DOCUMENT_TOKEN_TO_BE_REPLACED

Wow! Once again, an overwhelming response to the Ask me Anything blog. Huge number of questions. A few of which I had to answer in the original blog post given that I wasn't able to answer the END_OF_DOCUMENT_TOKEN_TO_BE_REPLACED