Through this blog, I have long recommended that readers consider using a trading strategy utilizing various technical analysis methodologies. As I have often noted to readers: Everyone is a hero in a bull market. It’s the bear markets that separate the competent investors (and Money Managers) from the wanna-be’s.

It is in the current sideways choppy stock market that you must be proactive and willing to trade. Buying and holding doesn’t work in a choppy market . Sideways markets, as we have been stuck in since the beginning of the year, usually involve sector rotation. Stocks and sectors that were hot become unfavorable, and vice versa. You must learn to move between these sectors in a logical and profitable manner, or hire someone who knows how to do it for you. Buy and hold managers are not going to help you at this time.

By the way–I am always willing to share my strengths and weaknesses with investors- and I must say that my strength has always been in trading through a choppy market stage. My weakness lies in anomaly years like 2017, where logic and systematic approach adds no value – as covered here and here .

Fortunately, that type of market (2017’s parabolic move) is rare. Most markets either climb a choppy wall of worry via an uptrend, or consolidate, or decline in a choppy downtrend. These are all scenario’s where a trading philosophy will give you an edge over buy and hold.

A choppy market is created as investors are concentrated on certain sectors, then rotate into new sectors quickly. For example, the first crack in the FANG stocks showed up in yesterday’s report from NFLX. The stock is down about 10% overnight. It hasn’t cracked the 200 day SMA or taken out a low on the weekly chart yet—but keep an eye on the entire FANG group, and the NASDAQ in general from this point forward. This could be the warning shot across the bow for investors. I’m not jumping to a conclusion here – I am simply suggesting we keep an eye open on the sector.

On the other side of the trade, you need to watch the underdogs, wait for them to break out and then POUNCE!   Below are a few candidates that you can add to your watch list.

Canadian banks: The banks are out of favor right now due to the declining prospects of the Canadian economy. Seasonally it’s usually best to buy banks in the early part of October. I’m watching the BMO Cdn Bank ETF (ZEB-T) and individual banks for a potential entry point in the fall. We have a couple of Canadian banks right now, but would add to our exposure in the fall if things turn bullish. Right now, they are trading fairly flat, as the ZEB ETF indicates.

Staples: The US staples have been hammered over the past 18 months. This selloff has vindicated my decision to sell MDLZ back in the New Year as it reached the highs of its trading range. I sold these stocks at a nice profit after my technical sell signals signalled a warning. The XLP staples ETF, which we still hold, is also coming off of a bottom. I think it’s going to move higher if markets get choppier over the next few months, which is why I put it on my “Top Picks” on my previous Bloomberg/BNN appearance. Stay tuned!

Conglomerates: I’ve covered the technical profile and trading zones of the conglomerates on this blog back in June. I think the conglomerates have been a bit overlooked in this market. We bought BAM, and FFH in that group. But POW (which we hold in our Income Platform) is interesting for a dividend play, for those after that type of play. Check the link above for their charts—albeit, a couple of months behind.

This market is not an easy one for investors. What worked yesterday – sectors like banks, energy or technology, may cause damage today. Yesterday’s dogs, on the other hand, can become tomorrow’s heroes. You need to watch for the  new wave of sector rotation. Only through careful analysis of chart formations and volume trends will you spot the beginnings of those rotations. By rotating through sectors, and being willing to hold some cash in search of better buy points in the overall stock market environment, you will better stand to profit in these turbulent times.

It appears that two famous rock star names will be at the MoneyShow this year. Keith Richards (the Rock Star of Technical Analysis, as BNN once called him), and Gene Simmons – International Rock Star and founder of KISS. Note that Keith is speaking on Friday Sep. 14 at 4:15pm. Here’s the link. 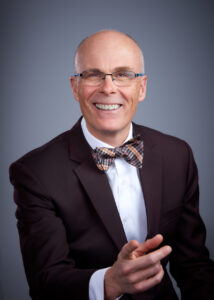 We're into the home stretch, baby! Today's questions are being bundled together, given that they both focused on commodities. Before going to the charts, let me again thank all question-posters for END_OF_DOCUMENT_TOKEN_TO_BE_REPLACED

We're back with part 2 of the Ask Me Anything Answers from last weeks blog. Lets get right to it. Divergences Tesjinder asks if I have a preference for daily vs weekly charts when looking at END_OF_DOCUMENT_TOKEN_TO_BE_REPLACED

Wow! Once again, an overwhelming response to the Ask me Anything blog. Huge number of questions. A few of which I had to answer in the original blog post given that I wasn't able to answer the END_OF_DOCUMENT_TOKEN_TO_BE_REPLACED