Allow me to quote John Murphy’s recent message from his blog on www.stockcharts.com”

“Most corrections occur during the late summer/ early autumn period. The two weakest months of the year are usually August and September. October often starts off weak and ends up strong, which makes it a tricky month. A lot of corrections and bear markets have bottomed during October. That makes the August through early October period the most dangerous of the calendar year. July normally experiences a summer bounce before the trend weakens again.”

Below is a seasonal chart going back 10 years for the S&P 500. You’ll note the underperformance of that index during August and September in particular. 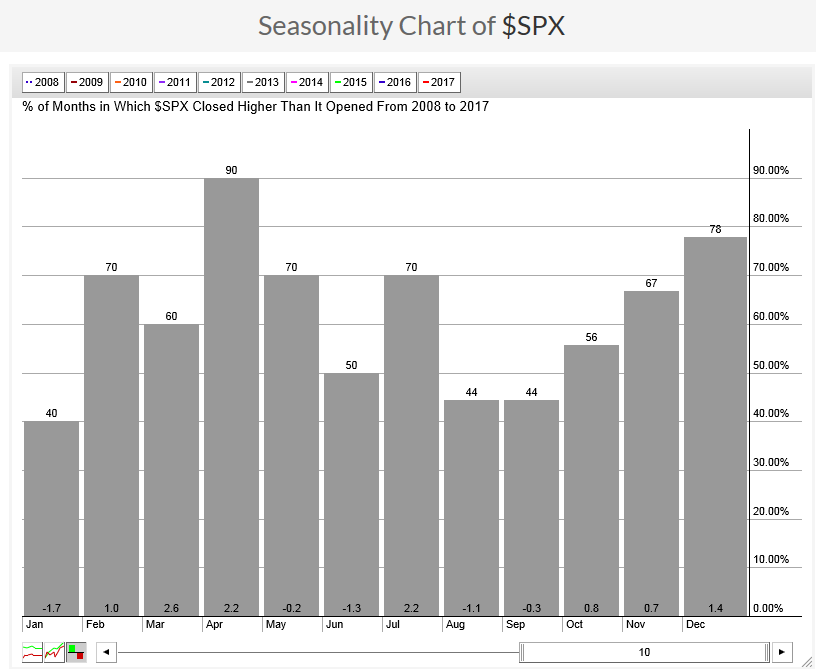 Interestingly, the TSX seems to buck the US markets trend with May and June being crumby months – whereas August and September weren’t too shabby. The 10 year seasonal chart from stockcharts.com illustrates this. 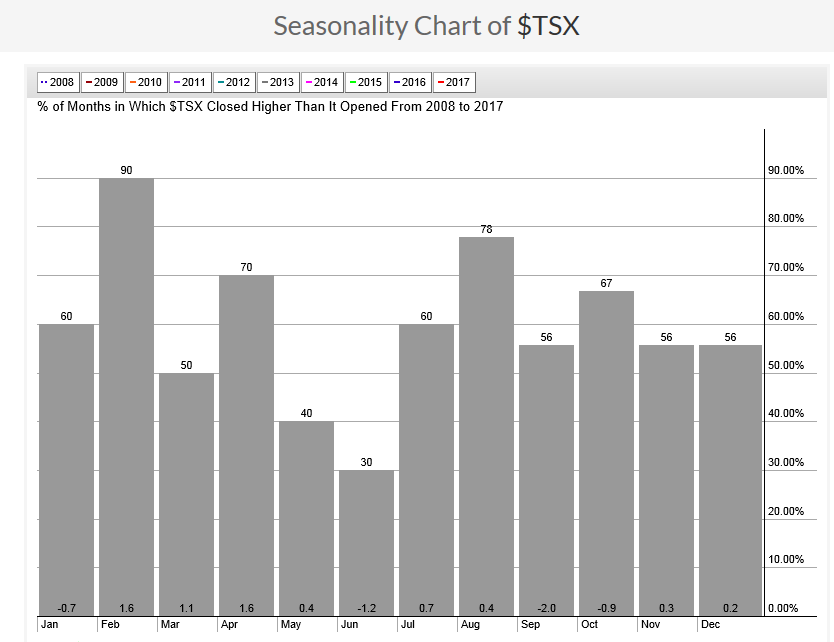 Keep an eye open for any weakness in the next couple of months –it may create opportunities.

The Bear-o-meter read a cautious "2" last month. That reading on June 9th  turned out to be a decent reading, given the volatility we have seen since then. The arrow on the SPX chart below shows the END_OF_DOCUMENT_TOKEN_TO_BE_REPLACED

"Growth" stocks appear to be rather overbought when compared to their "Value" stock siblings. The chart below is that of the iShares Morningstar large capped growth index ETF (JKE). Its top holdings END_OF_DOCUMENT_TOKEN_TO_BE_REPLACED

Equal weight indexes give the same weight to each stock in the index.  Both small and large companies are given an equal  "importance" in the index. Most indexes are not the equal weight type. For END_OF_DOCUMENT_TOKEN_TO_BE_REPLACED