I got to thinking the other day about the parallels of cycling (my beloved sport) and investing. Both of these ventures involve a degree of risk. The risk of investing is loss of capital. The risk of cycling is injury or even loss of life.

In both cases, we can take precautions to make sure we reduce the risk. These precautions start from the small things we can do, right up to the big decisions.

As a cyclist, some of the small safety decisions are to: 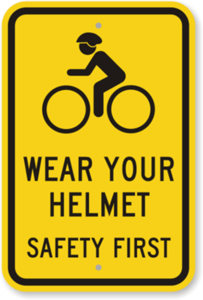 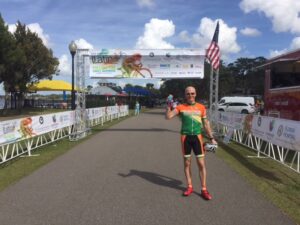 With investing, you can:

All of the above factors, and more, are discussed in my book Sideways (if I may humbly suggest to read it).

Taking the above into consideration, lets apply some common sense safety rules to the FANG’s. Like the cycling comparative, you don’t want to be ill prepared for a flat – or worse – should these high flyers decide to send you over the handlebars. I’d like to post charts of the FAANG’s (FB, AMZN, APPL, NFLX, GOOGL) and check to see that the tires aren’t worn, etc.

What a difference a month makes. From market love-on to market hate-on. Broken trend, broken 200 day SMA. Avoid this stock right now. Like a broken bike, there is some repair work to do before getting back onboard.

Remember my rule of thumb that states a stock is overbought and probably parabolic when it is more than 10% over its 200 day SMA? The most extreme example of this indicator was Bitcoin at its peak, which I correctly called a top on here.

Amazon recently reached 38%+ over its 200 day SMA. Again, this is a very high reading, indicating a parabolic move on the stock. You can see the “hockey stick” shape on the chart – it arched off of its trendline and 200 day SMA in parabolic shape from last October to January. The long termed trend is fine for AMZN, as are the fundamentals. But it’s likely going to retrace somewhere in the neighborhood of the 200 day SMA, which might suggest an $1100-$1200 neartermed target. After that, I’d think the stock would be a strong buy.

This chart looks fine. Apple never got to the overbought state that the other “A” in FAANG’s (Amazon) reached. Its back to a long held trendline and toying with its 200 day SMA. I’m willing to bet that any breach of the 200 day SMA will be short lived. But, we shall see. More than a few days below that average would change my stance on the stock.

Like Amazon, NFLX went way above its 200 day SMA. 37% over that indicator, in fact. Like Amazon, it moved parabolic – although its hockey stick formation began in December. I’d suggest a price target of the low $200’s to bring this stock back in line with its longer termed trendline and 200 day SMA.

Oh-oh!! Google has all of the signs of a double-top. Two peaks, with the second peak being slightly lower. A broken neckline. A parabolic move to the first peak of 15% over its 200 day SMA.  This ride was fun, but investors just crashed. Time to get off the bike, wash off the wounds, and look for a new ride until this vehicle proves the damage is complete. The break of the neckline is a sell signal.

I’m on the afternoon (1:00pm) MarketCall show next Monday April 2nd. If you have questions you would like addressed on the show regarding specific stocks, email them in NOW to [email protected].  Or you can phone in with your questions during the show.

Of note: I do my best to move those who mention they read my blog to the front of the line.