Home / Rotation of the guard?

Rotation of the guard?

Given the correction we seem to be getting – which was indicated as likely on my blog last week  – I thought I’d look at the major US sectors to see how the defensive names are doing. That is, how the utilities and staples, might be faring. Sometimes you will see an initial move into these sectors during a minor market correction. Should the correction be too deep, you might see them fall along with the higher growth sectors. But if you guess, as I do, that the current correction may be somewhat short – or shallow – or both – they can be a good place to hide.

Right on schedule, we seem to be getting that rotation. If we look at the year-to date chart of the S&P sectors, we can see that these two sectors performed similarly this year as they did last year. That is, utilities and staples were the dogs breakfast last yr and so far, YTD.

If we look at the last 10 days or so of trading, the picture changes. Note the positive performance of these two unloved sectors – vs. largely lower performance by the other sectors. In fact, its really just the cyclicals and healthcare that are holding up in strength without outbound rotation (relative underperformance). At least in this very small data sampling.

Don’t run out and pile into staples and utilities just yet (although I will admit we do own the staples ETF and made it a Top Pick on my last BNN show as a contrarian play). Its too early to call this potential rotation the real deal. But its interesting enough to keep an eye open for a shift, which might merit a portfolio re-allocation –  should the market continue to rotate as it has in the last two weeks.

BTW- I also note that the long treasury bond recently (late 2017) gave a long term (monthly chart) ROC buy signal, and does seem to be finding support on the trendline as I write. See the chart below. I discussed that potential for t-bonds to act in negative correlation to stocks in this blog – which details a few sectors  to hedge with in a market correction: 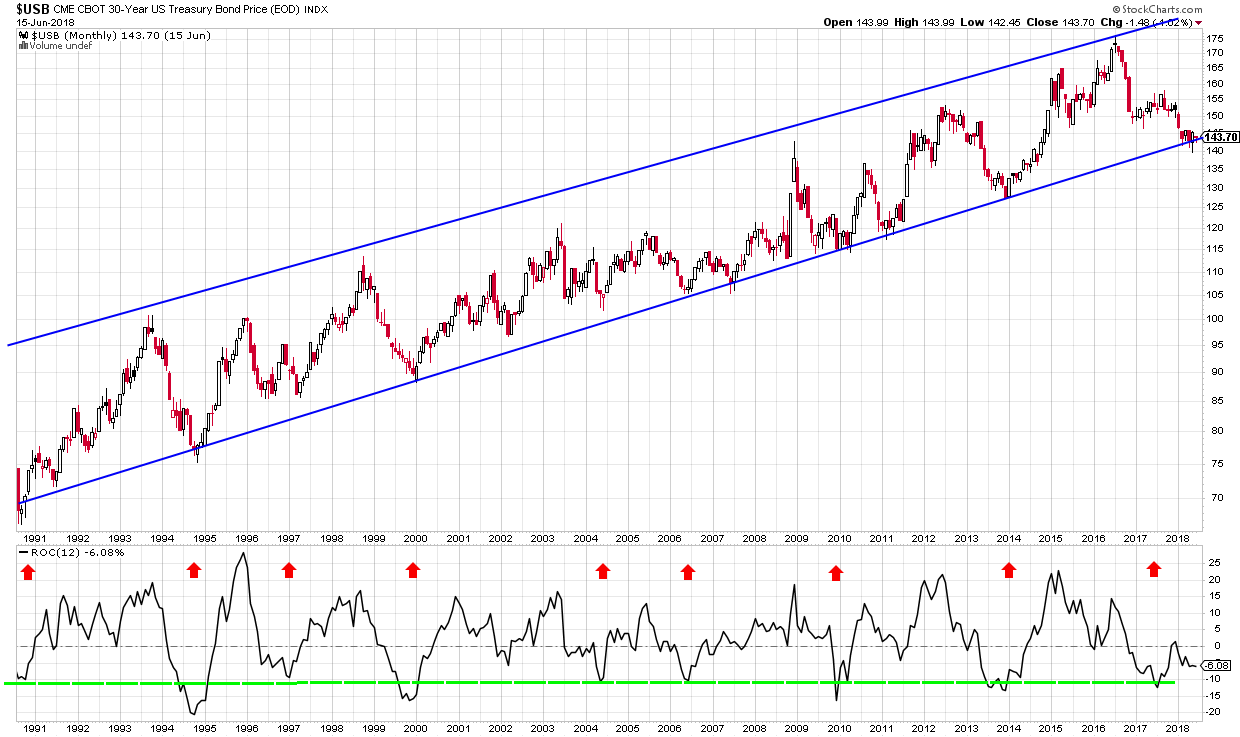