Home / A quick update on the markets

A quick update on the markets

I may post another blog later this week, but I thought readers might appreciate a quick update on markets, given the beginning of the post-inauguration “Trump-dump”  that I have noted as a potential several times on this blogspace.

FYI, we raised 18% cash last week in anticipation of such a potential. It does appear that the market has begun to soften at this point.

The obvious question on everyone’s mind right now is…how low can it go? To answer that question, let’s look at two charts of the S&P500. The first chart is a very short termed daily chart – featuring the last 30 days. On it, you will see the recent consolidation pattern, followed by a breakout (on a largely solid white candle, meaning there was a pretty straight-up move on that day), followed by a couple of days above the breakout point, then a failure. Some technical people like to call such a move an “Island Reversal”—simply because of the gap up, and gap down in prices surrounding those few days after the breakout. Such movements are thought to be short term bearish. Added to the negative structure of that occurrence is a hammer formation that occurred yesterday  – Monday January 30 (high open, lower close with a long wick below). This candle suggests that participants were more bearish during the day than the  close implies. The fact that it occurred below the “island” suggests a bit more downside to come. My first target might be to about 2260 – which is the bottom of the prior trading range.

The chart below is one that I have been notating and posting for a while now. The last time I covered it on this blog, you can see that I noted the divergence in momentum indicators. Here is the blog – called “Sell the inauguration” where I also noted the bearish smart/dumb money pattern.

Should my near term target of 2260 on the S&P500 fail, you might find the noted lid of 2180 as the next reasonable target down. Note that we remain in a longer term bull pattern, as seen by the 200 day MA and the higher highs and lows in the major pattern. 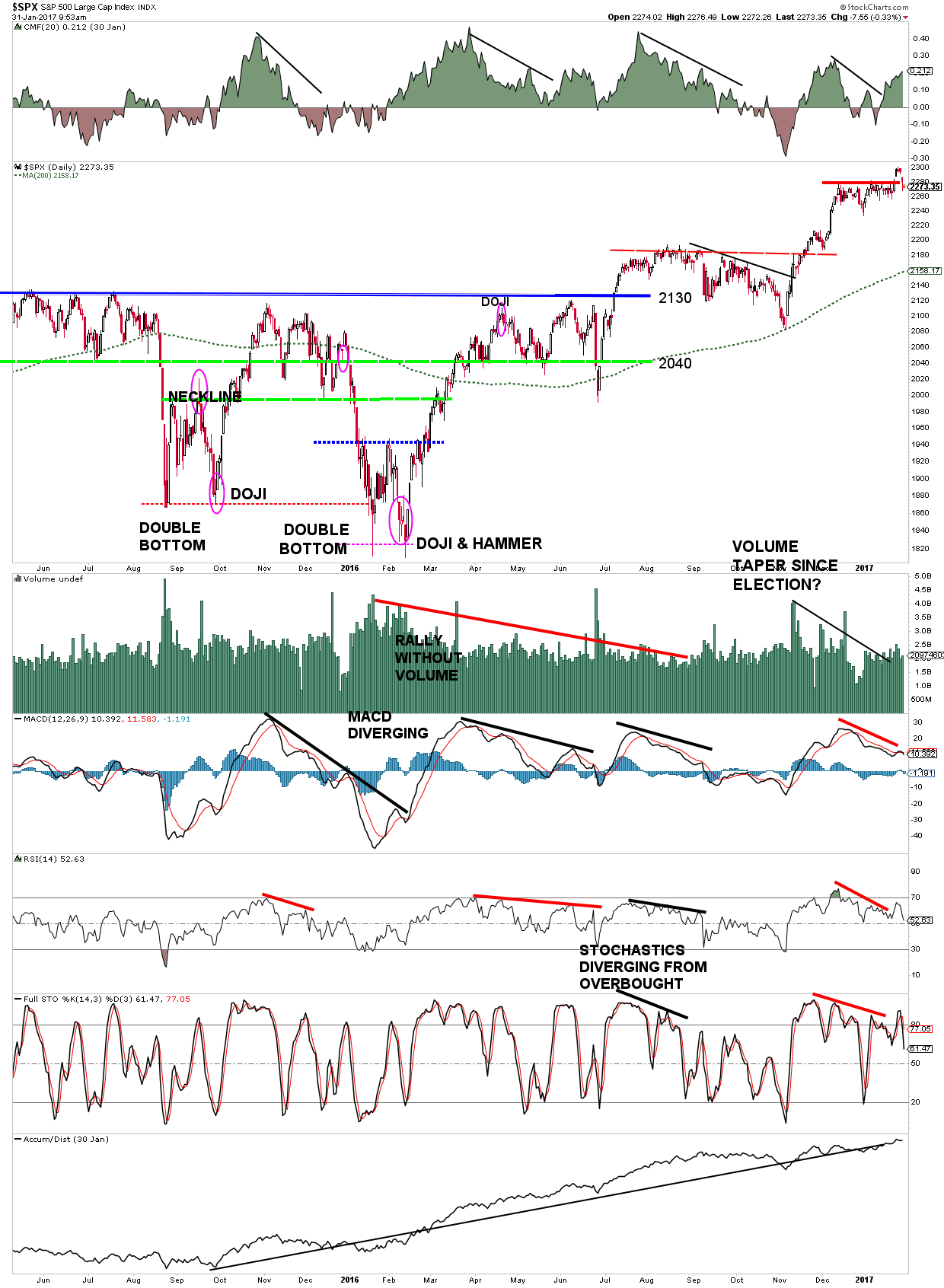 All in, February can be a bit choppy for the markets. But nearing the end of that month, we typically find a bottom and go on to experience an average return of somewhere near 4% into May (according to equityclock and Thackray guides). Brooke Thackray just published a 1-minute video on the seasonal and technical patterns for February – his research tends to agree with my prognosis. Click here to view it.

Given the above, it is my intention to begin redeploying my cash as opportunities present themselves in the coming weeks. I am keeping an eye on the targets noted above for potential entry points.

Keith Speaking in Toronto on Saturday Feb 4th at 11:00AM

I’ve been invited to conduct a workshop on the basics of my methodology for trading stocks. Readers are welcome to attend. Details below: 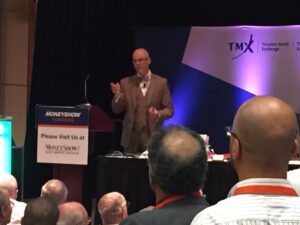 Here is the link: – bit.ly/TorontoMeetup

Phone in with your questions on technical analysis for Keith during the show. CALL TOLL-FREE 1-855-326-6266. Or email your questions ahead of time (specify they are for Keith) to [email protected] 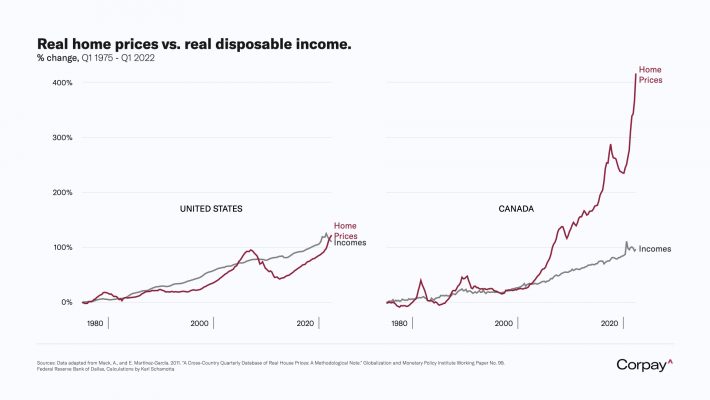