Preferred shares have broken down from a technical perspective lately. Why might this be, given that the Bank of Canada’s surprise 25 basis cut back in January should have been positive for interest sensitive securities such as preferred’ s?

Preferred shares that act like long bonds, such as perpetuals (30% of the index) have gained a little, despite the negativity in the floating and reset allocations of the sector.  Some economists suggest that the BoC will cut rates by another 25 basis points this year. However, given the sharp decline we have already seen in preferred’s, it appears some of that is already priced in. On the daily chart below, we can see that key momentum indicators such as RSI, MACD and Stochastics are oversold – but not yet hooking up. 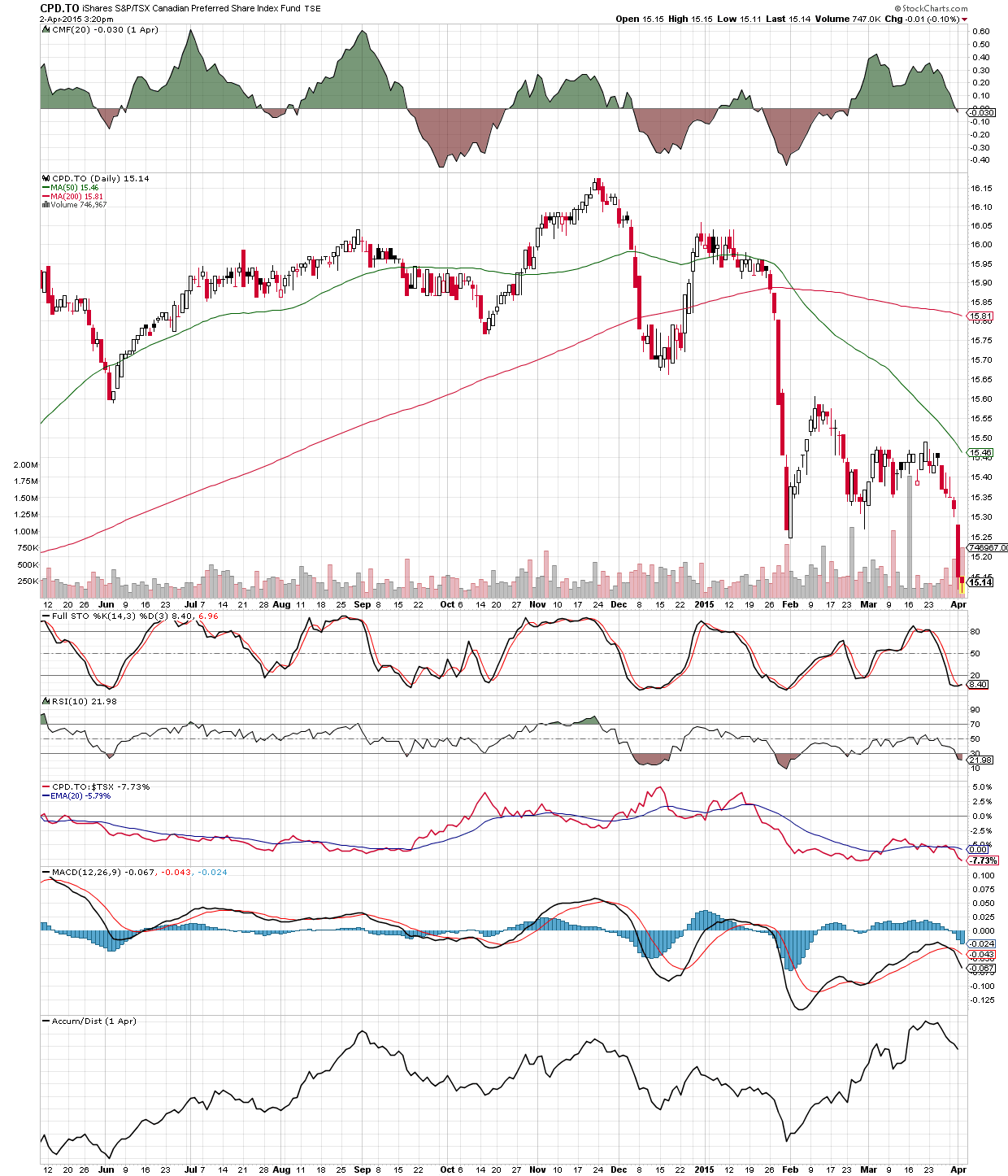 We hold some preferred share ETF’s in our fixed income model. Our decision has been to see if current levels of minor support on the daily chart will hold before taking any action. Our view on preferred’s is different from that of equity – that is, we typically hold fixed income securities with a higher tolerance for volatility, given their tendency to regress back to their par values over time – meanwhile paying fairly solid dividends. However, investors with shorter termed time frames may wish to consider selling if the preferred market does not rally within a short period of time. It may be a while before the group rallies back to its December price point.

I am privileged to be working with one of the top cyclists in Canada as my training coach for my amateur (but enthusiastic!) endeavors in bicycle racing. Ed is a member of Canada’s National track race team, and he is currently aiming to represent Canada in the upcoming Pan am games. His ultimate goal is to represent Canada in the 2016 Olympics. Ed, pictured below, is no spring chicken – all of this is being accomplished at the ripe age of 39 years! 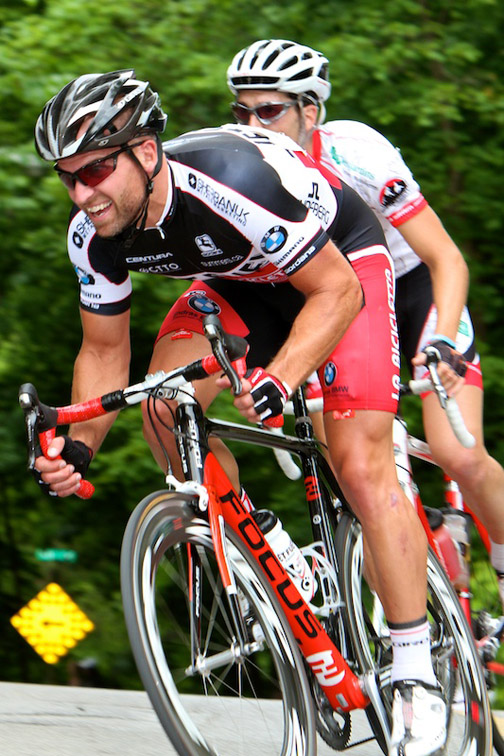 Ed has been competing on the world race circuit lately, and was recently honored with the title of “Most Outstanding International Cyclist”.

Currently, Ed is taking on a challenge that Canadians may find interesting. On April 10th Ed is going to attempt to break the Canadian “hour record”. This event is considered one of the most painful of any athletic event in the world. Basically, Ed will attempt to ride as fast as he can at the Mattamy National cycling track in Milton Ontario and cover as much distance as possible in one hour. More info can be seen at the blog below.

I’d normally keep this kind of stuff out of my blog – but I’d like to note that there are a fair number of expenses for Ed to attempt this record, along with his other goals. Us “normal” folk don’t have to dedicate the hours necessary to become top caliber athletes – making our financial paths a bit more straight forward. The link above provides a spot where you can donate as little as $1 (less than a cup of coffee) to help a great athlete make Canada proud on both the home front and national stage. I’ve donated, and hope some of my readers will choose to do so as well. It’s important to support our Canadian athletes, to allow them to make us proud at the upcoming Pan am and Olympics. 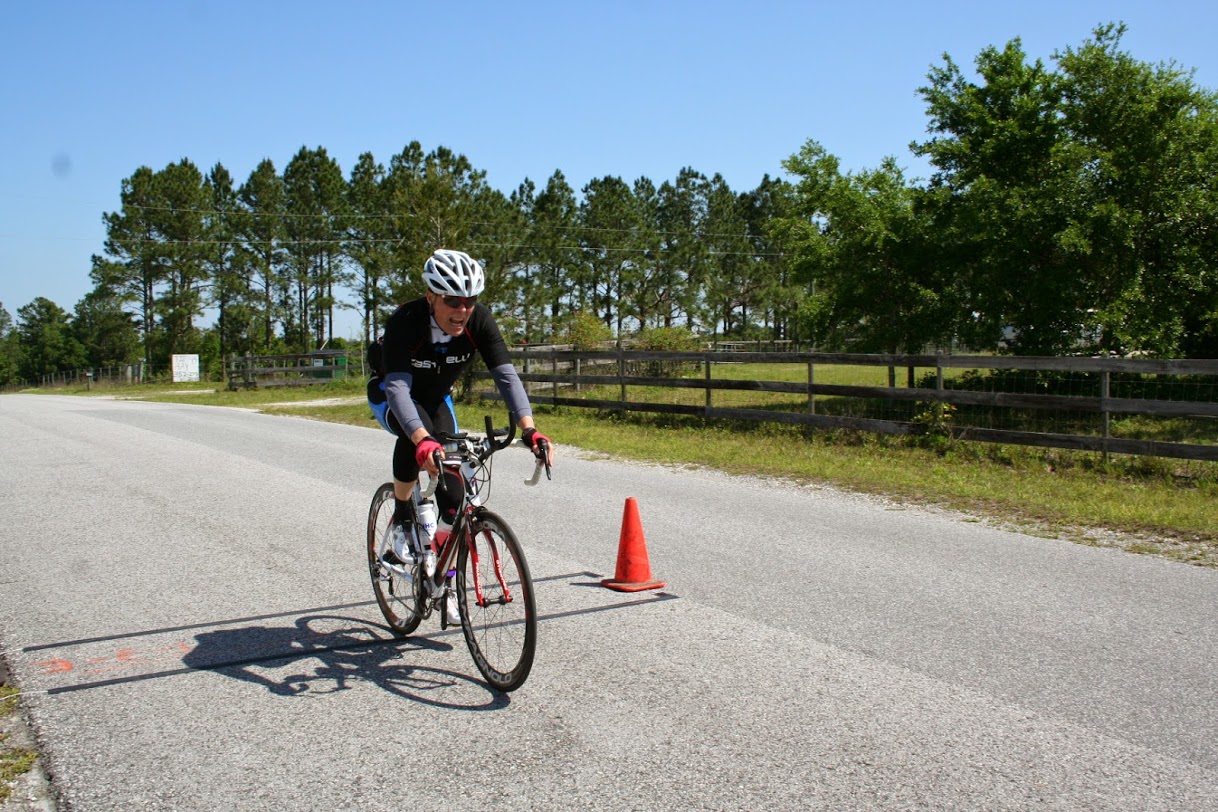 Photo: Keith crossing the finish line at a recent bike race in Florida.