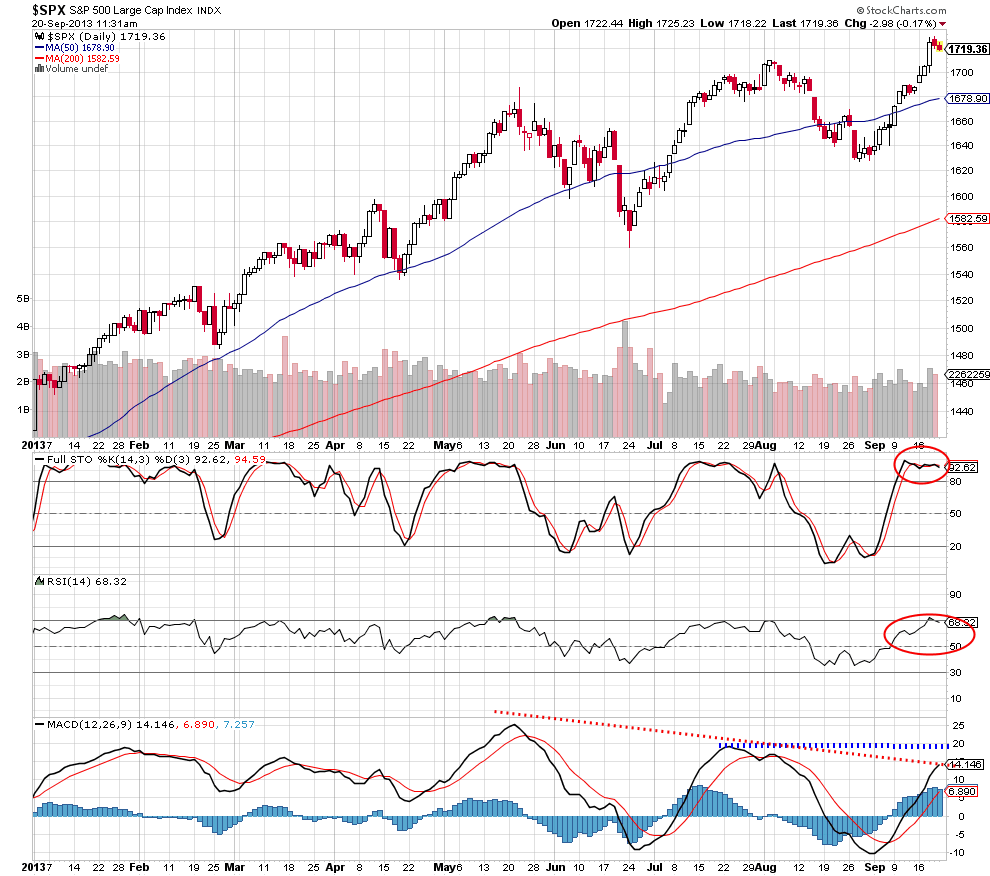 After Wednesdays big Fed announcement, the action slowed down on Thursday and Friday. There are a few factors that may create a healthy pullback and buying opportunity in the next few weeks. Keep in mind that the overall picture of the markets is very bullish – I’m simply pointing out the potential for a new buying opportunity in the coming weeks. 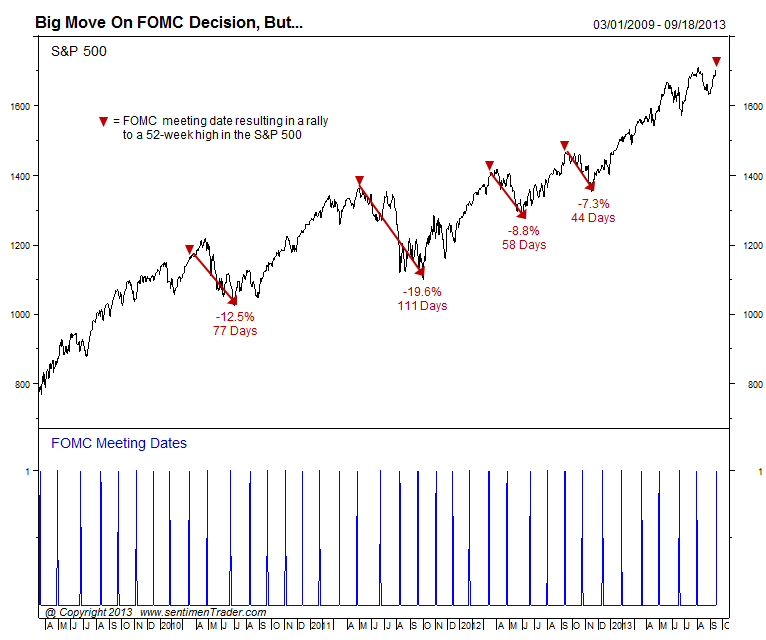 An observation by statistical market analyst Jason Goepfert of www.sentimentrader.com  suggests a potential for a near termed pullback based on the recent market trading patterns. On average, the S&P 500 is positive only 22% of the time 1 month and 3 months after a FOMC meeting coinciding with a 52 week high. Note on the table below that only in September 2012 and November 1999 did the market pull back after a FOMC meeting high point prior to/during  the “best 6 months” seasonal investing period. All other pullbacks were during the spring/summer period (i.e. just prior to, or during the weakest 6 month seasonal investing period). So, that may suggest that there could be less influence by this pattern this year, but it certainly bears considering—especially in light of the current overbought technical signals we are seeing. Here are Mr. Goepfert’s comments and observations, reprinted with permission:

“With news that appeared to be at least a temporary relief to traders, stocks shot higher after the Federal Reserve announcement on interest rate policy. That seemingly gives us the “all clear”.  What’s not to like – a layer of uncertainty removed, a big up day and a new 52-week high? But these kinds of days have not been the greatest time to invest.  More often than not, they’ve occurred soon before intermediate-term breathers in the broader stock market.

The chart and table shows the other times this has happened since the market bottom in 2009.  Each one occurred near a peak that took the S&P 500 down more than -7% over the next couple of months.

Looking at the other recent post-FOMC reactions (see below), that may be enough to trigger another multi-week pullback.  So for now risk isn’t yet elevated, but that should change with another 1-3 days of rallying.” 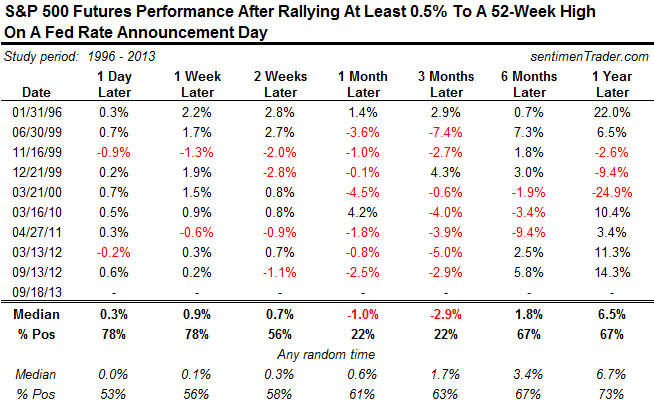