Today, we take a meandering path through a few recent thoughts and reviews of the past. Everything from the neartermed look at the NASDAQ, a very interesting take on the “sticky-ness” of inflation, and a quote from an EWT expert who has a pretty pessimistic view on the recent rally. Finally: a re-visit of a couple of my past rants that now seem to be “Well, everyone knows that” topics.

The NAZ has been the market leader in the recent rally. Keep in mind a few things. First, we have a report from the FED this week (Wednesday)- then the “Jackson Hole” meeting August 25- 27. Read the inflation notes below, and you might ponder on just how aggressive the FED may have to posture. Also, lets not forget that August to September can bring bad tidings to the markets, especially to the higher beta stocks within the NAZ.

Finally, we can observe a few things on the daily chart suggesting the NAZ is approaching a technical neartermed sell signal. Like the end of 2021, we have the index running along its top Bollinger Band, coinciding with an overbought Stochastics signal. RSI has yet to cross the line. But…its getting there. 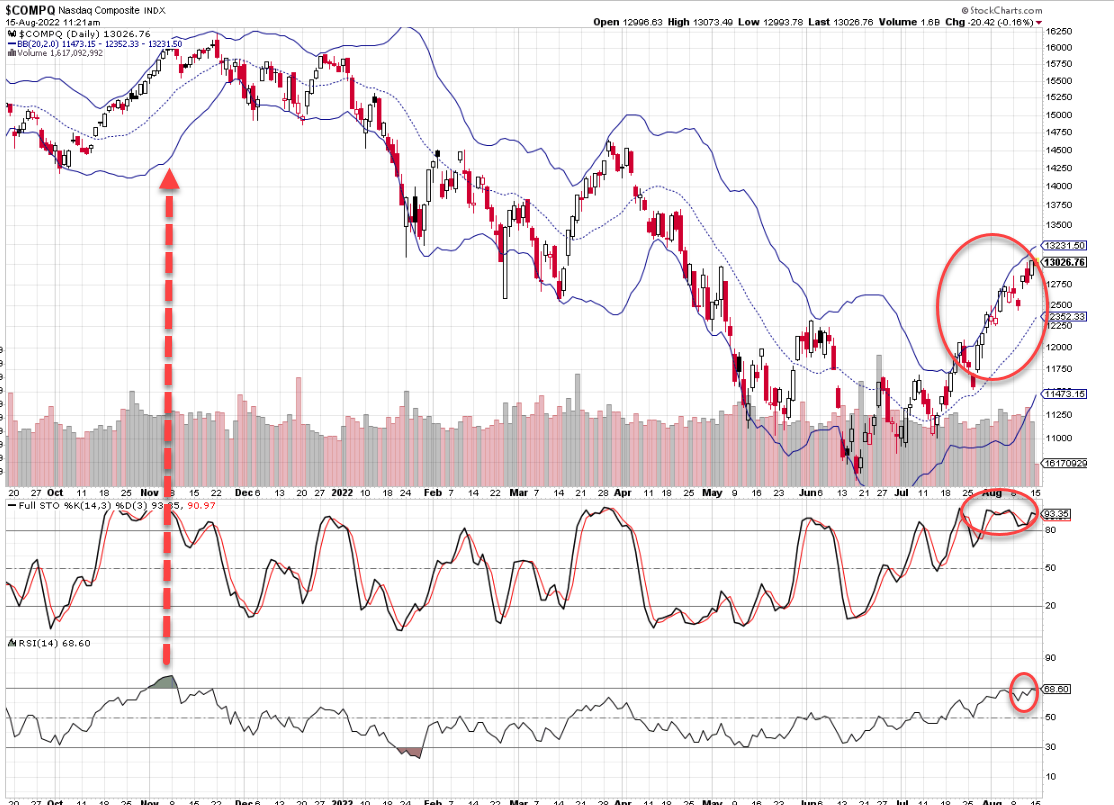 “We expect core PCE inflation to fall back toward 2% by late 2023”, the Fed stated early this summer. Now the consensus of economists hosted by Bloomberg sees an annualized 2.5% at the end of next year.

We say – there is a ZERO percent chance core PCE inflation averages 2-2.5% in 2023 without the worst recession the U.S. has seen in decades.”- Larry McDonald, BearTraps

Inflation is NOT being driven solely by supply chain problems – which is why it will likely remain “sticky”. Please watch this video to understand the mechanics behind WHY inflation will remain around 8% for the time being, and NOT EVEN APPROACH 2% in 2023:

FYI: Here’s a cost of living chart (subtracting social security payouts) – note the jump off of the trendline. This looks a little like 2008, before the recession took hold…. 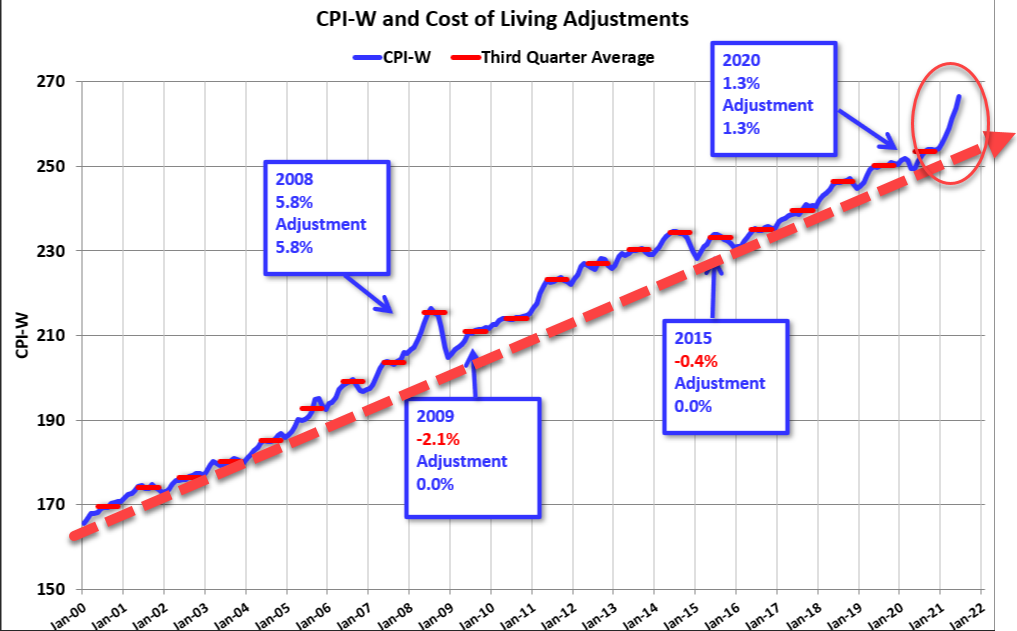 I’d like to draw your attention to a recent blog that outlined why recent market action is not typical of a bear market. These observations included the probability of more tightening before the easing cycle begins, the reality of inflation being more “sticky” than is thought, the relationship of the SPX to its 200 day SMA, seasonality and presidential cycles, and neartermed exuberance.

Other considerations I listed on this follow-up blog suggesting the bear may not be done. I listed a few other points:

Below is an exurb from David Chapman. David is a respected Technical Analyst who has been around for many decades. He lately has a bit of a cynical view towards markets. Whether you share that view or not, he often offers very interesting and thought provoking insights. David is an EWT (Elliott Wave Theory) expert – something that I am not – so its always good to hear his viewpoint. David’s comments are a more poignant statement of risk than my own observations – worth consideration no matter what your view:

“Rally, rally, rally. The bear is over! Happy days are here again. Out with the Value Stocks. In with the growth and tech stocks. Risk taking is back.

The Fed is not finished hiking and the sudden elation over the lowering of inflation is misplaced. Inflation is not yet finished and no the Fed will not suddenly start easing as some expect. The Fed has as much as said so. More hikes are contemplated to take the Fed rate to 3.5% by December. Running off the Fed’s balance sheet is not over. Money growth is slowing.”

Following up on my non-investment analysis rant blogs (Warning: totally off topic!):

If you follow my blogs with any regularity, you are probably aware of my occasional “Rant” blogs. One of those blogs was a deep dive on comparing Canadian vs. US healthcare. The myths surrounding the “free/ good” healthcare in Canada vs the “Unaffordable /bad” US system have been a particularly irritating bit of propaganda that was swallowed hook line and sinker by so many Canadians. Here is my healthcare blog – derived from a considerable amount of research into the comparative systems. On that blog, I presented a fair bit of evidence-based analysis completely dispelling the myth of Canada’s “free” and “good” healthcare system. Now, it would appear, the findings in my blog are finally, finally, being echoed by the mainstream!

Happy to see this article, and others, examining what I’ve been pounding the table on for years:

GOLDSTEIN: Canadian Medicare — high costs, long waits, mediocre outcomes
Long before the pandemic hit, the myth of “free” Canadian health care gave us one of the most expensive health-care systems, with some of the longest medical wait times in the developed world, with mediocre outcomes judged by international standards. Here’s the article. 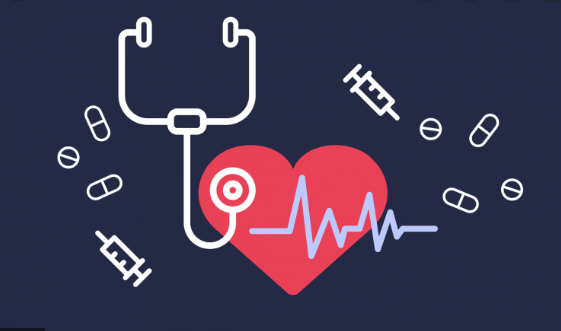 Told ya so, part II

Back in 2015 I warned readers about the dangers of the newly elected Trudeau government policies. I followed that blog up with updates detailing my dismay at the lack of diligence never seen before by any party (Liberal or Conservative) in Canada. No other government in Canada’s history has been accused of and/ charged with so many, ethical violations and underhanded works. I was early in expressing concerns with the financial policies, and the controlled narrative.  When I first started warning of these concerns, I was in the minority. Too many people were captured by the good looks and soft voice, failing to heed the reality of what was actually happening. Now, it would appear, others are finally catching on: 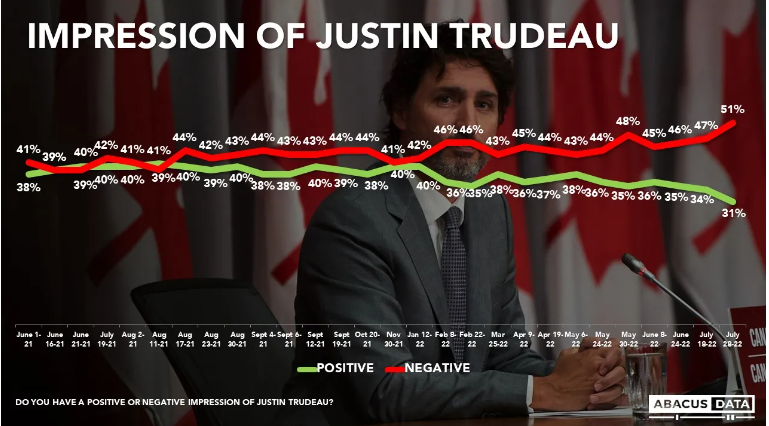