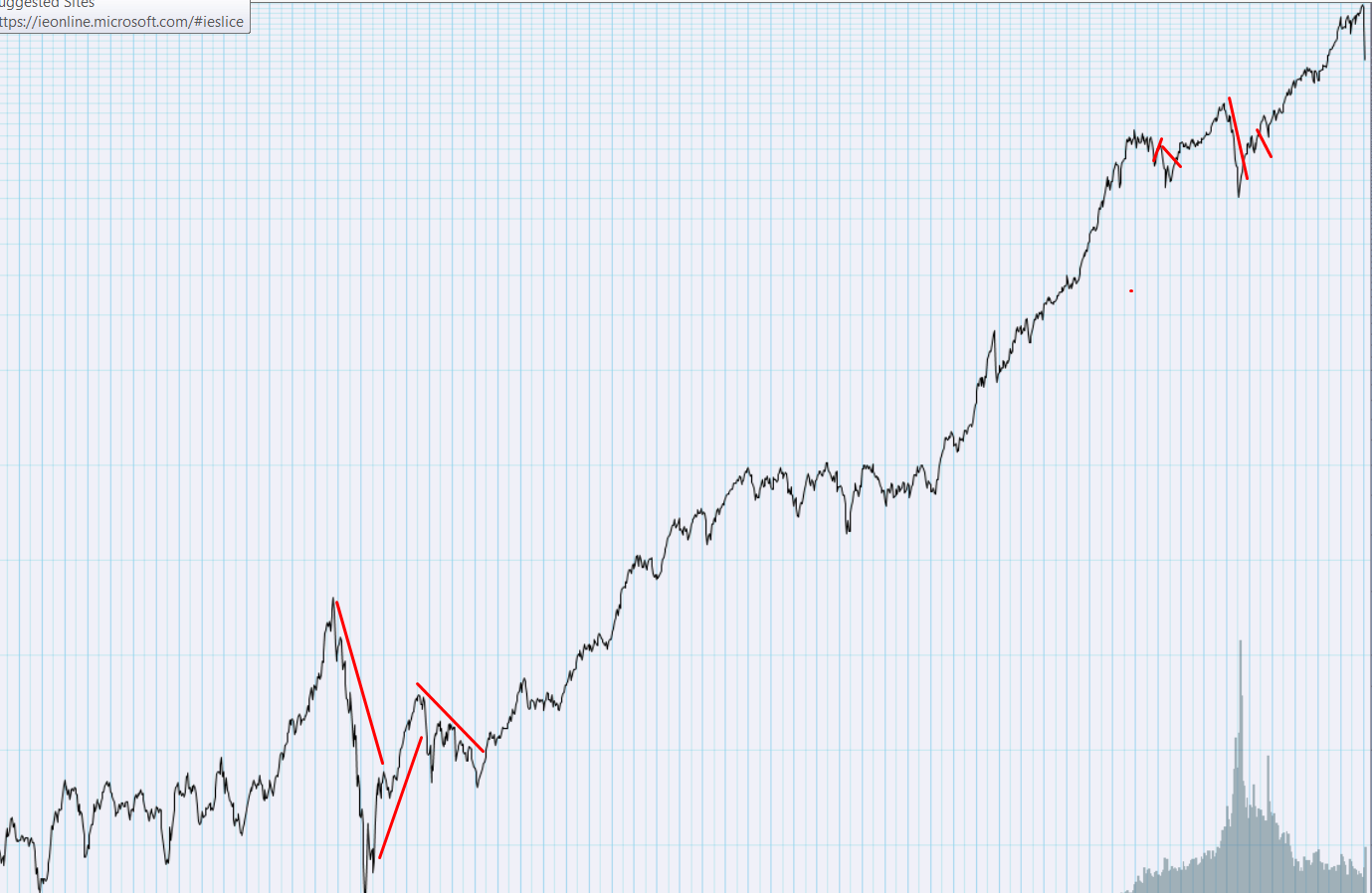 Starting from left to right (apologies for the missing date bar)- chart from stockcharts.com

In 1929, we saw a bust, then a huge rally, then a multi-month decline. Trading out on the rally would have made sense, then rebuying on the bust of the downtrend from that peak.

So…which is it going to be? Sell on the rally, or just stay in or buy now and hold on tight?

I’m inclined to do some rotation out of stocks and sectors we dont like as this rally gets back to a point where momentum indicators normalize from oversold. If markets want to keep going as in 2009, then we can just buy on the way up, missing out on a few %, concentrating on the sectors and stocks we want into. For example, out of energy, into internet technology and dividend stocks with stable cash flow.

If we see momentum roll over, we hold off on buying and look for a buy signal. Either way makes sense. Below is a chart with the two indicators worthy of watching for these strategies…RSI and stochastics. It’s a weekly chart, with stochastics in the first pane under the price chart, and RSI the next one down. Note the nice bullish hooks. Anything over the 50-line for those indicators will be the time to start watching like a hawk. A roll over can occur any time from there. For now, I’m less focused on longer indicators like MACD. For now, anyway. 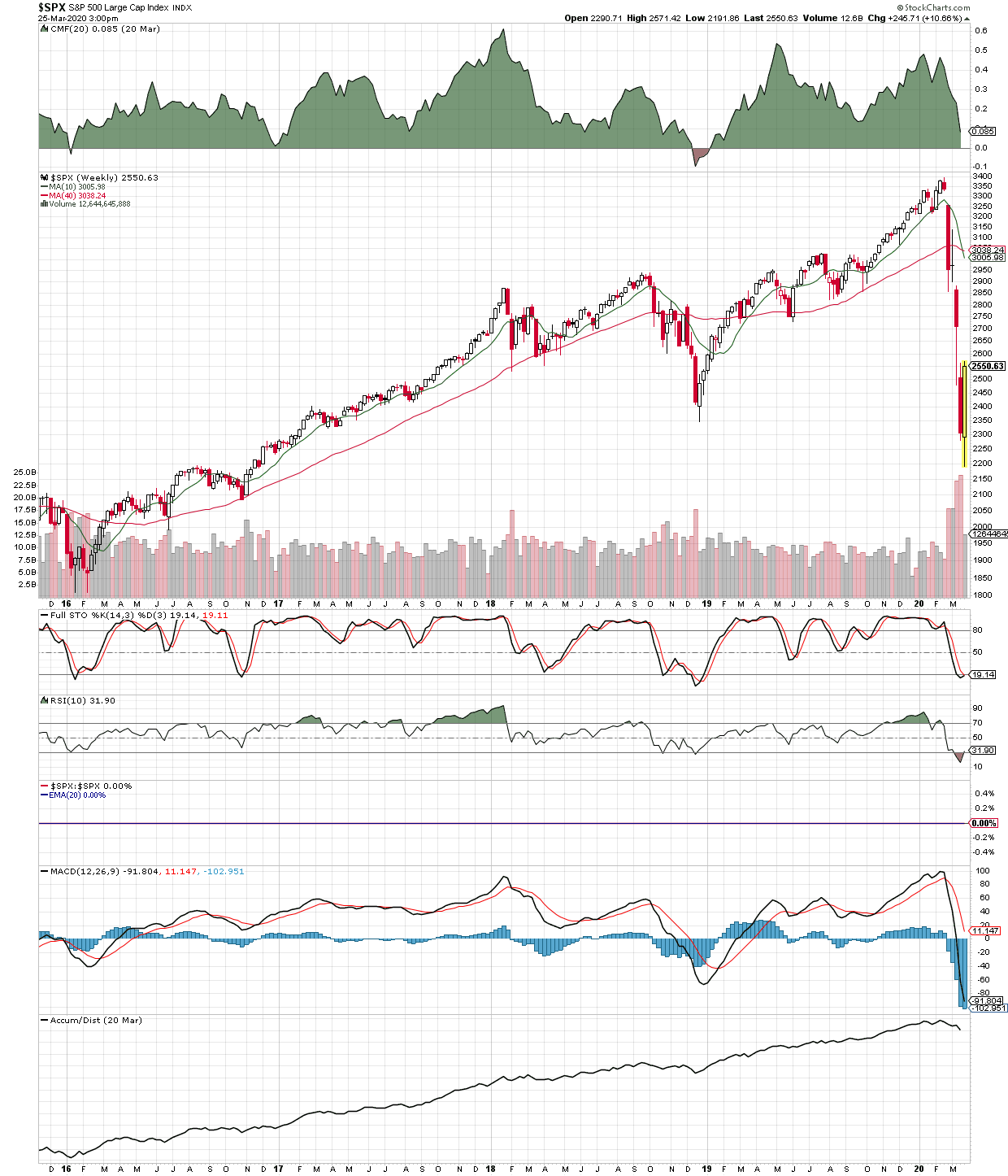