There are a few signs of concentrated leadership and speculative optimism on the markets right now. As noted in this blog, we have disturbingly low market breadth, with a strong concentration of the recent rally coming from the “stay at home” industry. Not so much from the rest of the economy. Combine this with the fact that, after a massive spike in volume during March’s crash, we are not seeing a return to normal levels of volume.  This, even after April and May’s rapid rally.  Volume remains about 65% below its 3 month average levels seen since 2000. Sentimentrader notes that this type of low volume with the SPX below its 200 day SMA has resulted in an average loss on the SPX of 7% over the next two months.

Sentimentrader also notes that small options traders (part of the “dumb money equation within the smart/dumb money indicator) are buying call options at an all time record level. Again, this has resulted in losses going forward in every case, according to their research. My near-termed timing system (a simple system viewing BB’s, Stochastics and RSI on the daily chart) shows overbought stochastics and a persistent run along the upper Bollinger Band. But RSI is not in the typical upper end of its range that might signify a pending correction. 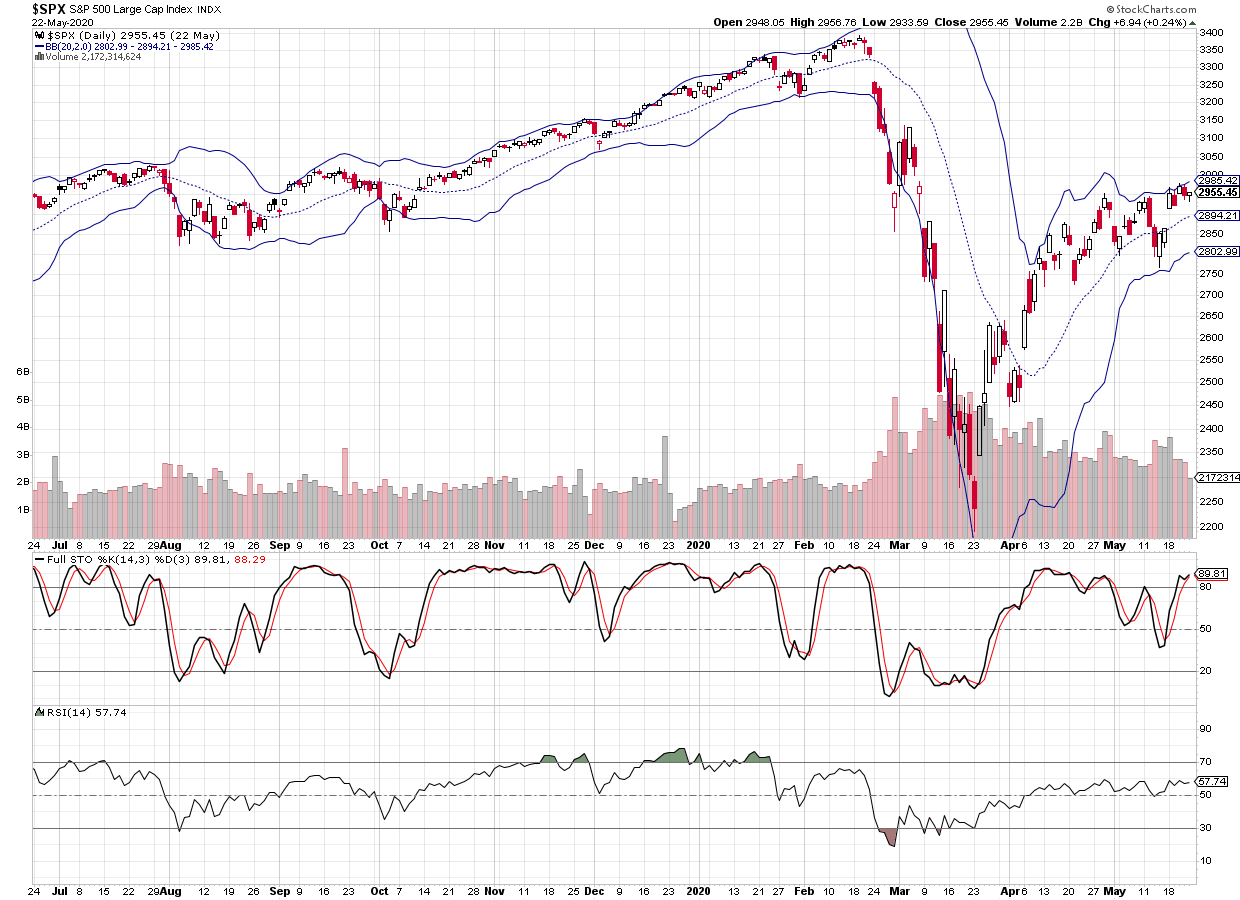 Meanwhile, the SPX remains below its 200 day SMA, yet above its 50 day SMA. There, it seems to remain range bound for the time being.

Breadth and volume statistics have been painting a negative picture for the market over the past few weeks. Its clear that market participants are hesitant about  pushing stocks through the 200 day SMA.  Some other sentiment indicators are becoming a bit more negative too. However, the slowdown in momentum of late has cleared some of the overbought conditions.

Given these facts, I still believe its best to take a “wait and see” perspective for now. It could be that we see more gyration back and forth between the 50 and 200 day SMA. Should that be the case, it might lend an opportunity to buy stocks anywhere near 2750, or wait until the 200 day is cracked to the upside (i.e. over 3000). Patience is a virtue, as is said.