A few leading sectors, along with the broader markets, are beginning to look overbought. For example, the TSX and S&P 500 are approaching an overbought level when viewing a faster moving momentum indicator such as Stochastics. Further, the S&P 500 has broken its major resistance of around 1265, but is now approaching 1285. This is the level where it failed to extend a rally back in late October. Meanwhile, the TSX is testing its down sloping trendline at around 12200. I’ve made it pretty clear on this site that the trend for the TSX remains pretty lousy, and should be expected to remain bearish until proven otherwise. 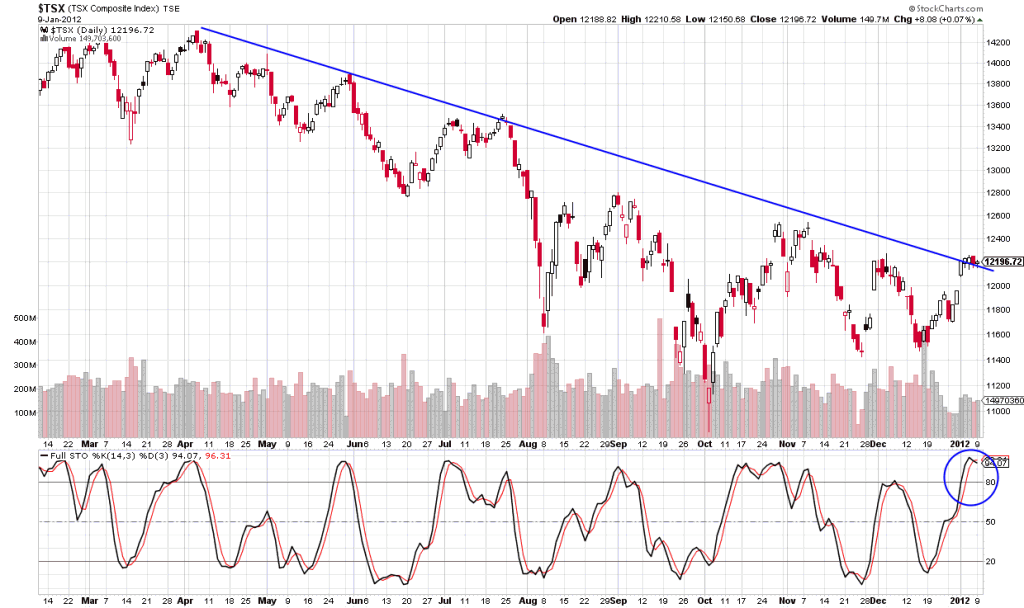 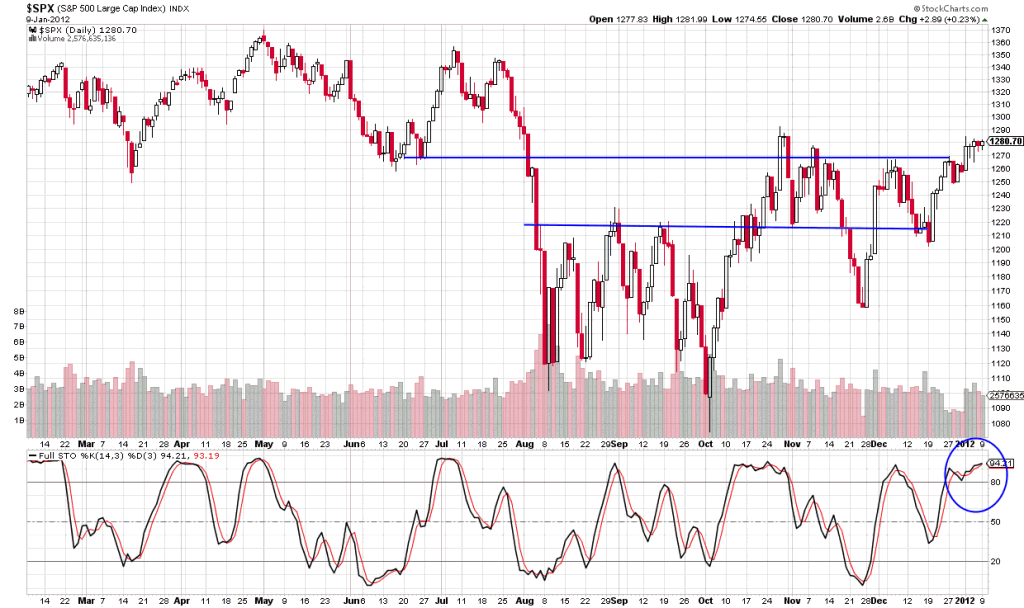 Here on the Canadian side, I notice that both oil and our Canadian banks are approaching very significant technical resistance. The charts below illustrate this.

I’m inclined to believe that the markets will take a bit of a breather here, or very shortly. While there is some room, particularly on the US side, for a bit more upside (I have been suggesting on this site 1300 – 1320 as a target for the S&P 500), I am becoming wary about the bullish potential for markets after my 1300-1320 target, assuming it is hit over the next month or so.

I have placed a few key sell orders at specified prices (“GTC” orders) on a number of the stocks and ETF’s held in the managed portfolios’s I run on behalf of my clients. It is my opinion that after this brief rally completes itself, there will be significant downside potential facing the markets before 2012 ends.