Home / One to avoid, one to watch

One to avoid, one to watch

If you’ve read my book Sideways, or followed my blog/media commentaries, you will know that I adhere to the belief that all markets, sectors and stocks move in  4 “phases”. That is, they rotate between bottom formations after a substantial decline, followed by uptrends, followed by topping formations, followed by downtrends—often to start the process over again. Even a stock in a long termed uptrend shows variations of these phases. I really can’t think of any stock that has been in a permanent uptrend. Some uptrends do last for many years, but they all do seem to break after a period. The trick is to identify the phase of the market you are looking at, and trade accordingly. 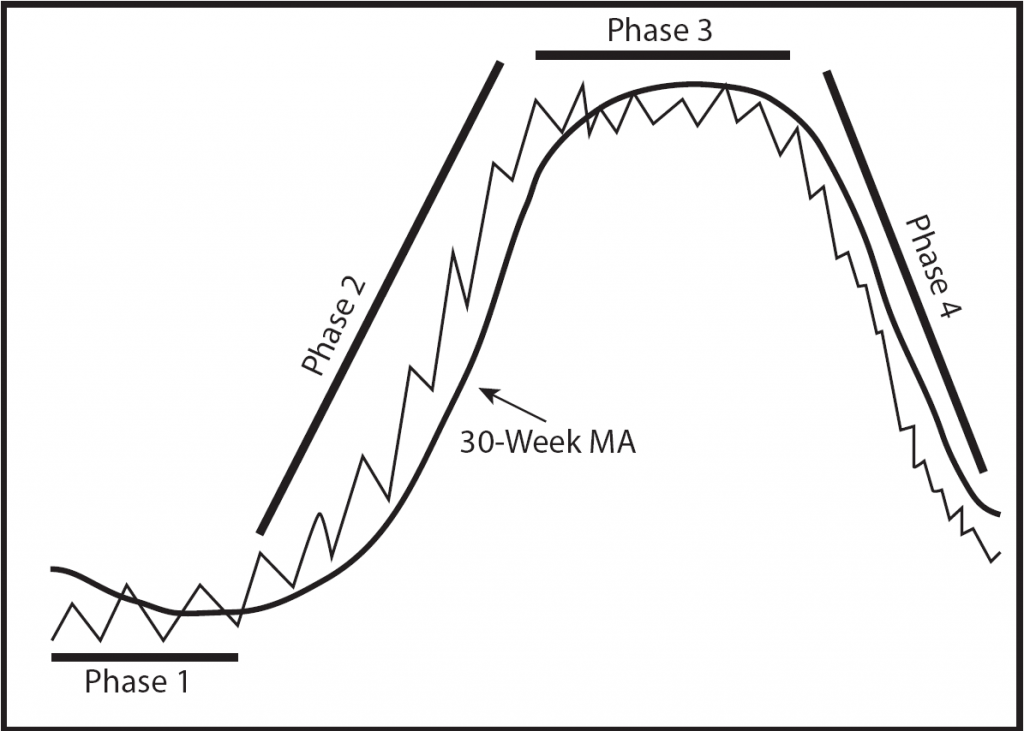 This week I’ll look at one sector that appears to be in a “Phase 3 Topping Formation” and I’ll look at another long termed chart that looks to be setting up for a “Phase 1 Bottom Formation”.

The Home Construction index (a blog reader posted a request on this one a while ago), exhibits a classic topping formation – known as a “Head & Shoulders Top”. The neckline of this formation must be penetrated before it can be called a true top – in this case, that neckline sits around $21.50 for the ITB index. It did briefly break 21.50 recently, but managed to rally back above the neckline.

Our daily chart shows us its oversold (RSI, MACD, Stochastics), so it may hold out and even rise a bit from here. But this is a sector that I would avoid right now –the risk is outweighing the return potential. I don’t place huge emphasis on the 50 day MA crossing down through the 200 day MA (as seen on the daily chart—blue line crossing down through the red line) – but such a “death cross” does add at least some further bearish evidence. A meaningful break below $21.50 could indicate a very ugly picture for this sector. 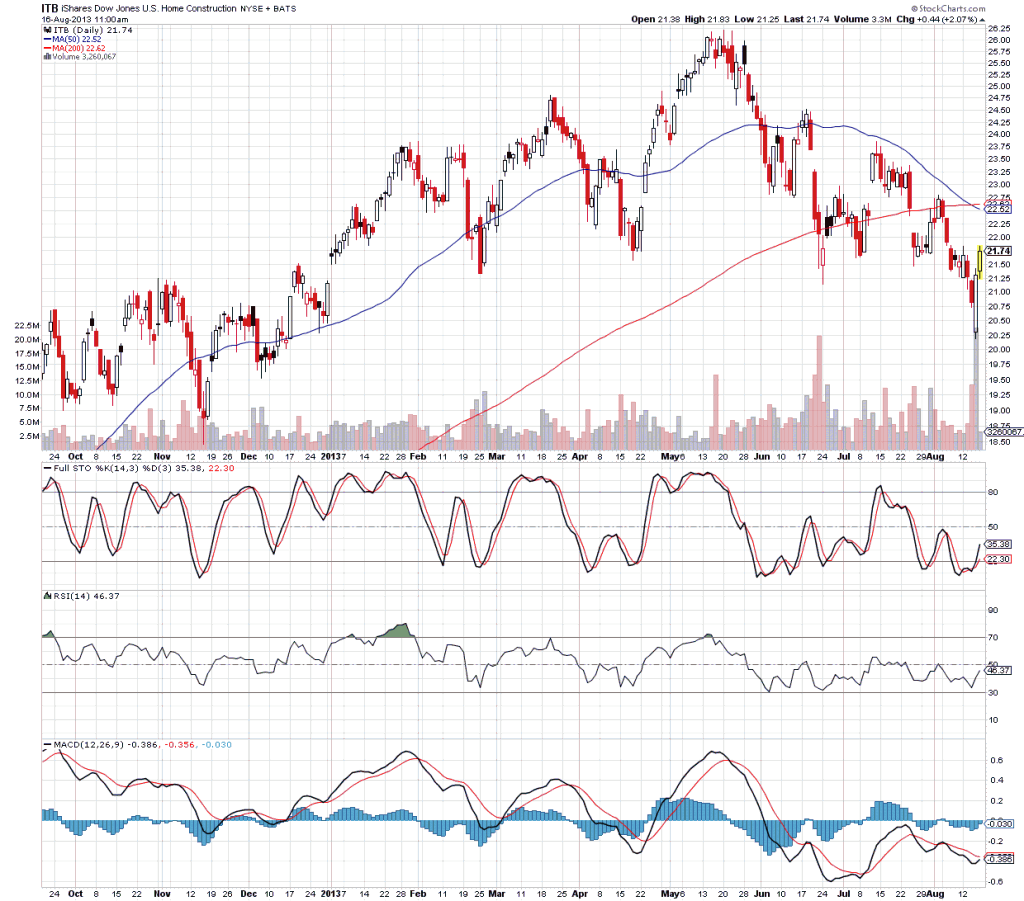 Waiting for a Phase 1 breakout

The US insurance giant AIG has been in a mega-long base, possibly forming an ascending triangle. As the company has worked towards rebuilding its enterprise after the crises and subsequent bailout in 2008/2009, its consolidated with a lid of around $50-ish. Admittedly, the formation is not a classic triangle, given the lack of up/down tests between the rising trendline and the horizontal ceiling that comprises the top of the triangle. Since 2011, the trend within that larger formation has been encouraging, as the stock has been making higher highs and lows on the daily chart. The real test will be the $50 mark –its 5 year ceiling. A meaningful break through $50 with volume could spell massive upside for AIG.

I’ll be on MarketCall Tonight this Friday August 23rd at 6pm. Feel free to phone in with your questions on technical analysis during the show. CALL TOLL-FREE 1-855-326-6266. Or email your questions ahead of time (specify they are for me) to [email protected]