I noted a while back that I went long oil.

Here is my closing paragraph on the blog- which outlined my target, and stop loss strategy:

We view this as a seasonal trade at this juncture. Oil tends to be a good trade between February and May. Our commitment to holding oil much beyond the spring is low. Our price objective for WTI is to reach around $62 or so. This price objective is also fairly inflexible.  We plan on selling – ideally if/as/when the price objective and/or spring/early summer comes. A break much below $50 would inspire a sellout of the sector.

WTI just broke below $50 – which, as you will note from my prior blogs and the neartermed chart below, represents the approximate bottom of the trading range since late last year. As noted on my quote from above, we don’t want oil to stay below $50 for any material period of time.  Using my 3 & 3 rule,  on a mid-termed trade applied to a weekly chart—a break must last no more than 3 weeks and contain itself to within 3%  (see my book, Sideways). That is, a 3 week break, and less than a 3% draw through support. Approximating the 3 & 3 rule, let’s say that oil should remain above $48 and move back above $50 by no later than the second last week of March (March 24th). 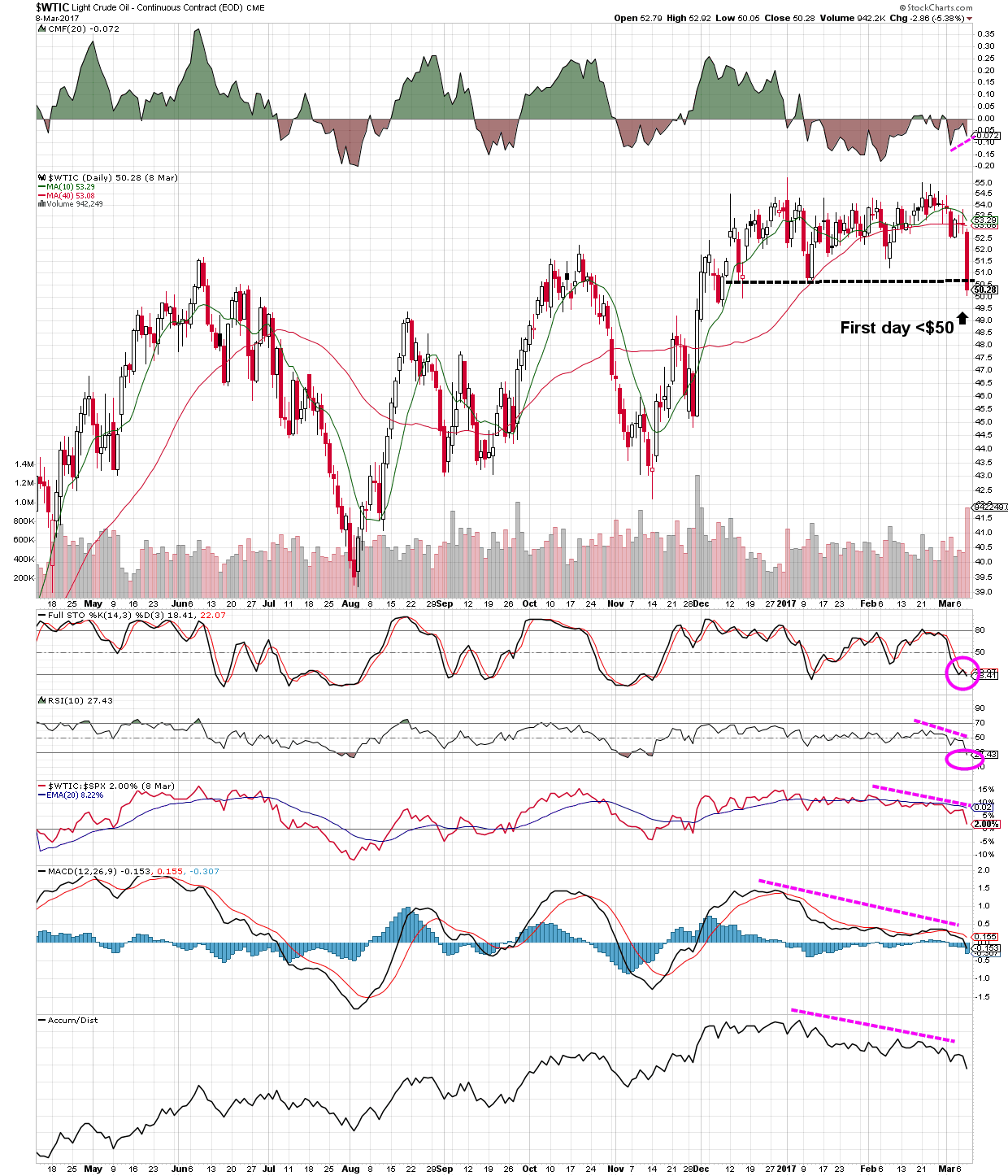 Trading rules aside—here are my technical notes from the above short termed (daily) chart:

One final thought—You may have noticed that oil stocks  (the SPDR energy stock index, XLE) has underperformed WTI since December. While WTI crude traded range-bound, XLE declined. I looked back to their relationship since the last major peak for crude in 2011. One conclusion I made from this 6-year data sample was that oil stocks,  more often than not, lead the trend for WTI. The chart below illustrates XLE (red line) vs. WTI oil (black line). I drew vertical  lines when the correlation study went deeper than -0.25 (meaning they were moving quite opposite in price).

I also drew small trend lines on the chart lines to illustrate periods that created the non-correlated conditions that my vertical lines highlight. You will note that the XLE red line tends to diverge and lead WTI’s black line to “give chase” later – the  exceptions being at the far left side of the chart in early 2011.  On that occasion, XLE rose in divergence to crude, leading into a decline on both. Mid 2014 saw XLE rise and crude fall, also leading into a selloff. All other occasions saw oil stocks lead the way for a new trend in crude oil. This tendency for may be a negative for WTI crude prices, given XLE’s negative divergence against crude oil since December. 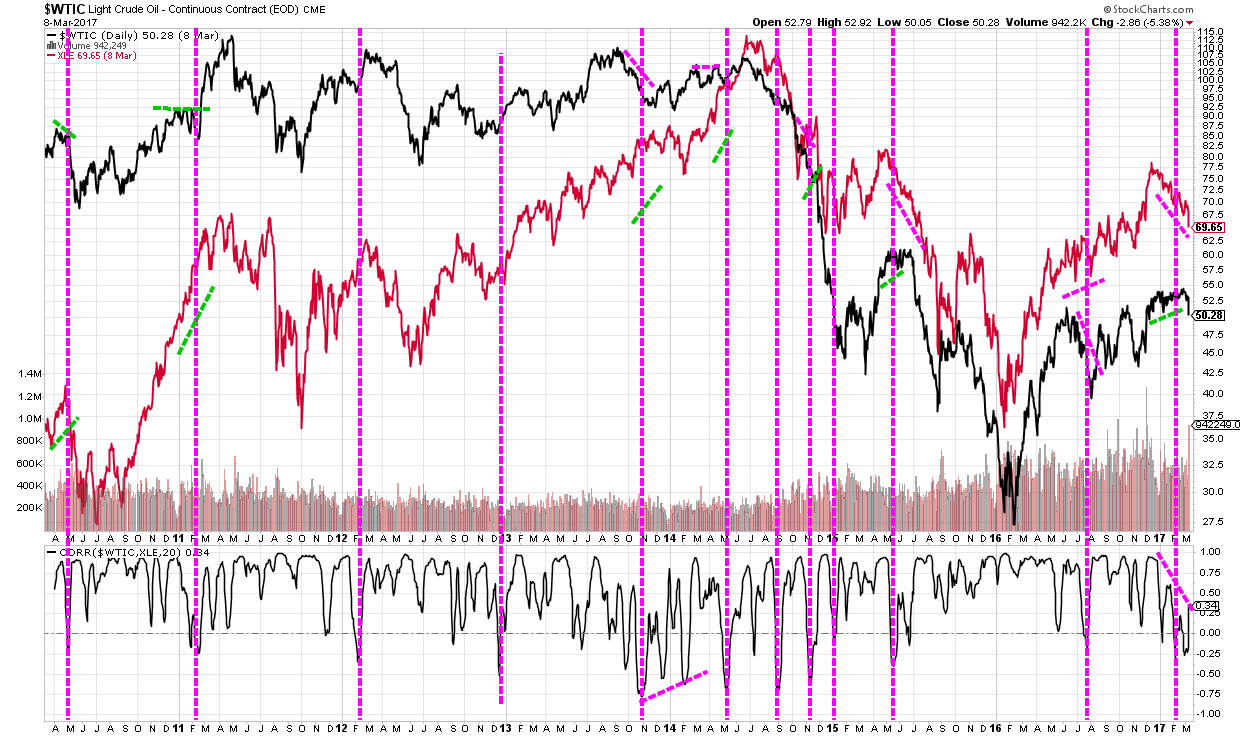 I’ll post again if I do decide to sell some or all of my positions. Meanwhile, it’s only been one day of the break in support, and crude is oversold. For this reason, it’s too early to panic.

Please note that I will not post a blog on Monday due to travel, but expect to post a new blog by the middle of next week.