Oil’s outlook is improving, but I’m not jumping on the oil bandwagon just yet. I noted on this blog in October:

“U.S. inventories of crude oil were reported to have fallen some 3 million barrels in a late September report. Markets had anticipated a higher level of stockpile…. Reliance on reduced production via the recent OPEC agreement may be wishful thinking. OPEC recently announced some production cuts, but members  have a history of not keeping to the agreed quotas.”

While the recently announced agreement seems to be positive for an oil rally (OPEC history aside..), there are a couple of factors we should watch from a technical perspective.

First, there are seasonal factors. Oil tends to have relatively weak performance at this time of the year albeit with a positive spike in December. It enters its period of strong performance in late February. Keep in mind that seasonality is a background – a statistical measurement of likely relative performance. It’s not the panacea of investment strategies. But we do need to keep the seasonal tendencies in the back of our minds when assessing current potential. Seasonal chart below courtesy www.equityclock.com 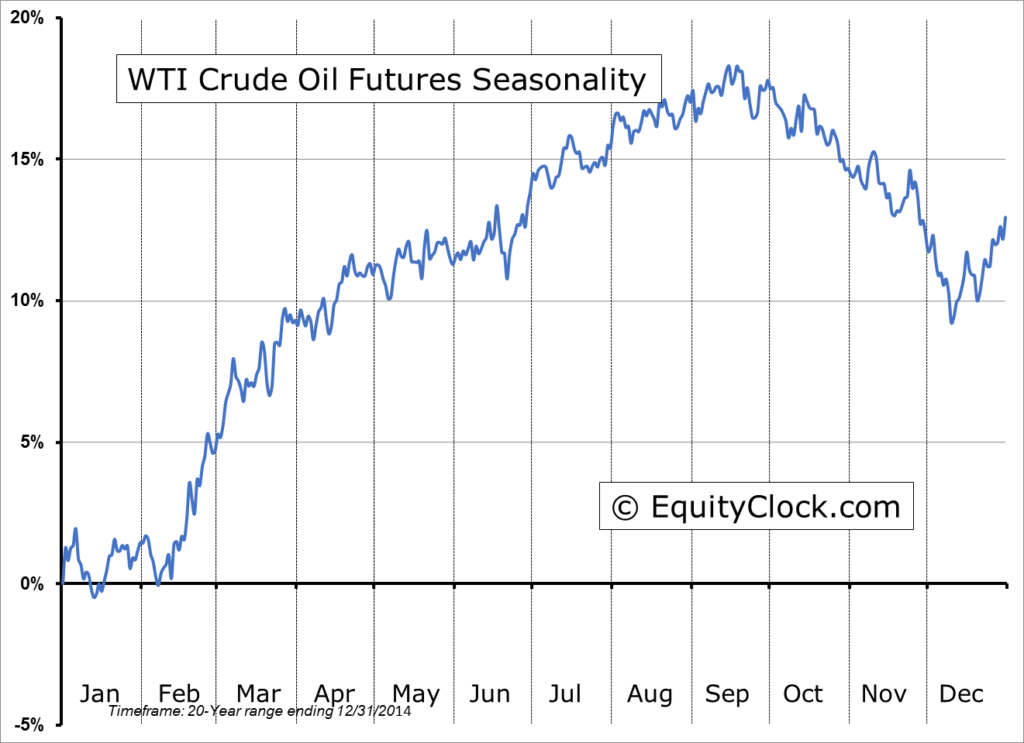 More significant than seasonal tendencies are support and resistance points on the charts. As you will note on the chart below – there is a significant neckline resistance at or around $52. This ceiling has been incredibly consistent for WTI. On the positive side: $52 is clearly defining a neckline of a bottom formation. You know that I don’t get hung up on the “name the formation” game—but the WTI chart is looking very much like a complex Head & Shoulders bottom. In order for the formation to complete, it MUST break $52 and hold above that level for up to 3 weeks.

The daily chart below shows the various studies I like to look at when getting down to the nitty gritty of a play. 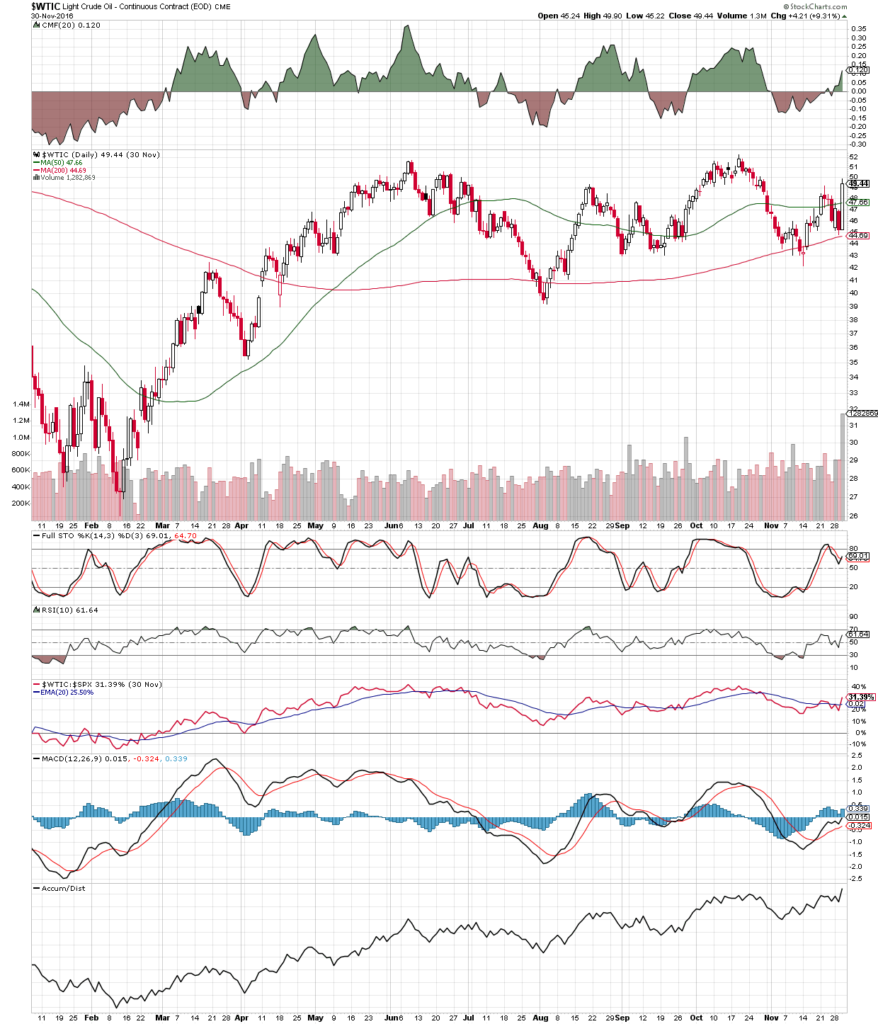 Negatives on the daily chart include the proximity of stochastics to an overbought level, relatively flat comparative performance to the S&P 500 (third pane from bottom) and – as noted above, a pretty obvious hurdle to cross at or near the $52 level.

I’ve mentioned numerous times that oil should hit $62 or so in the next 12 months. I wonder if the current excitement surrounding the recent OPEC deal will last long enough to see oil crack its $52 neckline.

Given the above positives (moneyflow, momentum studies), the negatives (seasonal factors and resistance levels), and the unknowns (OPEC members’ adherence to their own deal) – I’d give oil a 50/50 chance of blowing through $52 and holding at this time. As such, I think it’s best to wait and see if this rally will take oil out of the potential H&S bottom formation. If it does, I expect to enter the trade and look to see a $62 target. Given OPEC’s track record, I would rather wait for that neckline break vs.  guess that this time, it’s different.

The CSTA Toronto chapter has asked me to speak next Tuesday December 6th at 12:00 noon. I’ll be talking about sector rotation. Everyone is welcome, and a small admission fee includes a lunch. The address is: 161 Bay Street Brookfield place – Front & Bay St – Suite 4300 (Bloomfield room)