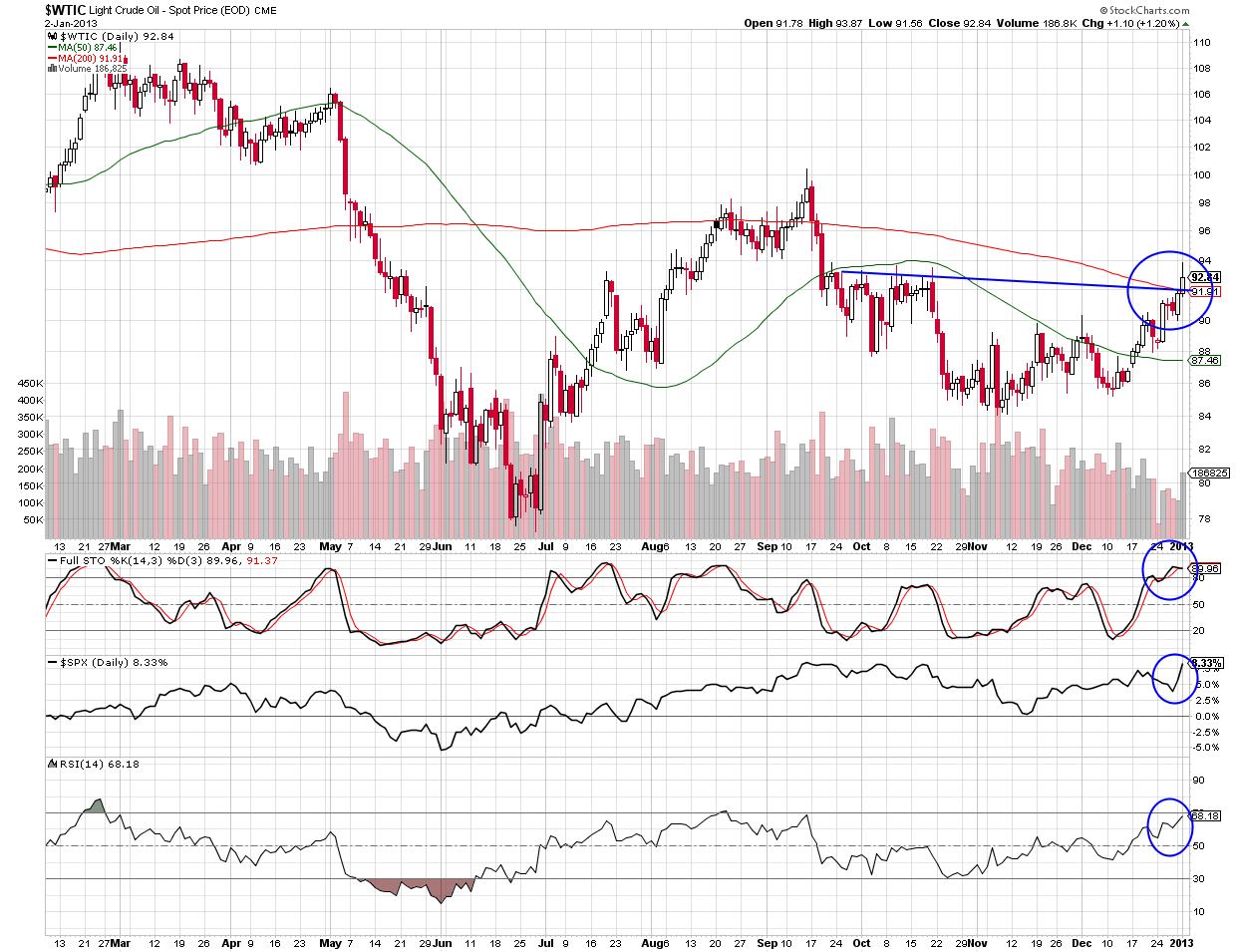 Seasonal patterns usually suggest a strong market from February until the spring for energy -particularly for oil. I’m of the opinion that this year may be a good one for this seasonal trade. The daily chart above shows a nice breakout from a basing pattern, and an attempt at breaking through the 200 day MA. Yes, oil is overbought at this time, and may pull back a bit from current levels. Note the overbought extremes on the stochastics and RSI oscillators at the bottom of the daily chart.

The big picture is becoming bullish — note the recent spike in outperformance by WTI vs. the TSX (middle pane below the daily price chart). A long term symmetrical triangle seems to be forming for WTI Crude, as you will see on the weekly chart below. A breakout through $93 would be considered extremely bullish. The traditional way of measuring upside potential from a symmetrical triangle is to measure the total movement at the wide, left side of the formation – and then project that movement forward from the breakout. Thus, the prior movement that took oil from $110 down to $80 in early 2012 implies about $30 upside – or $123 for crude. The logic behind such measurement suggests that the volatility previously displayed when the security was trading so violently will return upon a breakout. Be aware that a downside breakout from the triangle implies an equal $30 downside movement.

While I respect the logic behind such measurements, I tend to place more faith in technical resistance as a target, especially in the rapidly changing and highly volatile markets of today. Thus, I’d target a maximum upside of about $110 (2012 high level) should this large symmetrical triangle break out.

Either way, the profile for crude is improving, and should be watched for a sustainable breakout through $93, especially as we approach February.

I’ll be on MarketCall Tonight with Mark Bunting tomorrow – Friday January 4th at 6pm. Start your weekend off with some technical analysis!