Do you subscribe to the ValueTrend update newsletter? If you don’t, you are missing out on commentary that is often not given in this blog. The newsletter is a hybrid of the one sent to clients of ValueTrend. It often provides specific insights into where we are going next within our equity platform strategies. While we don’t talk about the stocks we hold (that is exclusive to clients only), we do mention sectors we are buying and selling. For instance, in the most recent update, we noted that we are slowly paring out of oil. We like certain energy stocks, but the sector has done “too well”, and its time to pare a bit off the table. We’ll be discussing that topic today. If you don’t subscribe to the newsletter, you should. Click here to keep up with our moves!

I’d like to start with oil itself. This chart is obviously mega overbought. Its a busy chart, and my apologies for the myriad of lines on it. But, follow along if you can. We have: 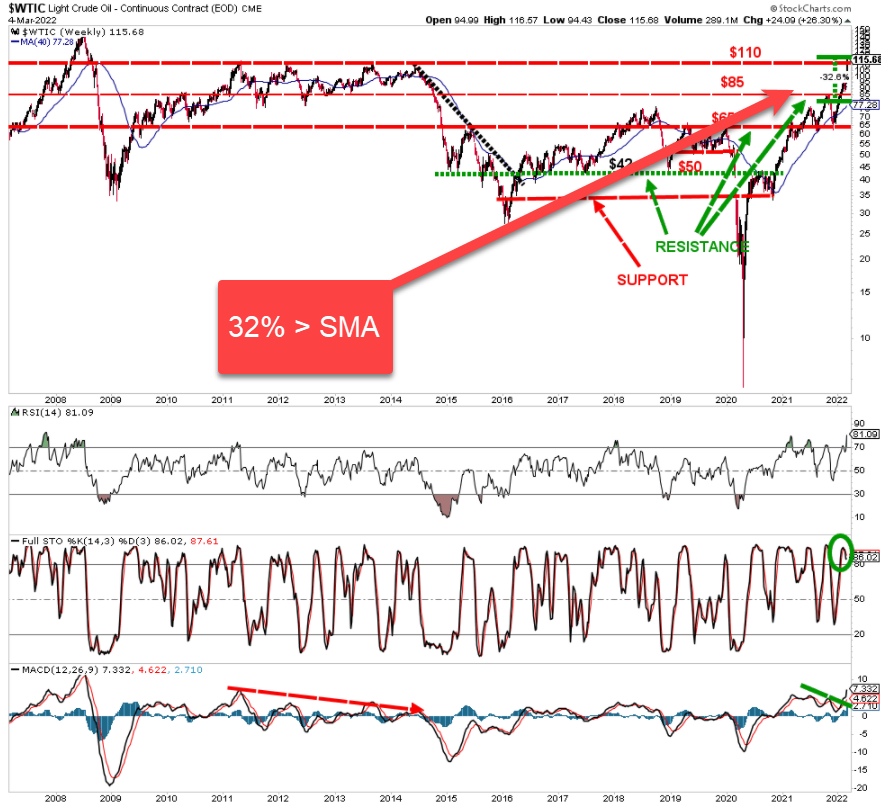 Pardon me, but do you have gas?

Natural gas has a substantially different chart than WTIC oil. Here are my thoughts: 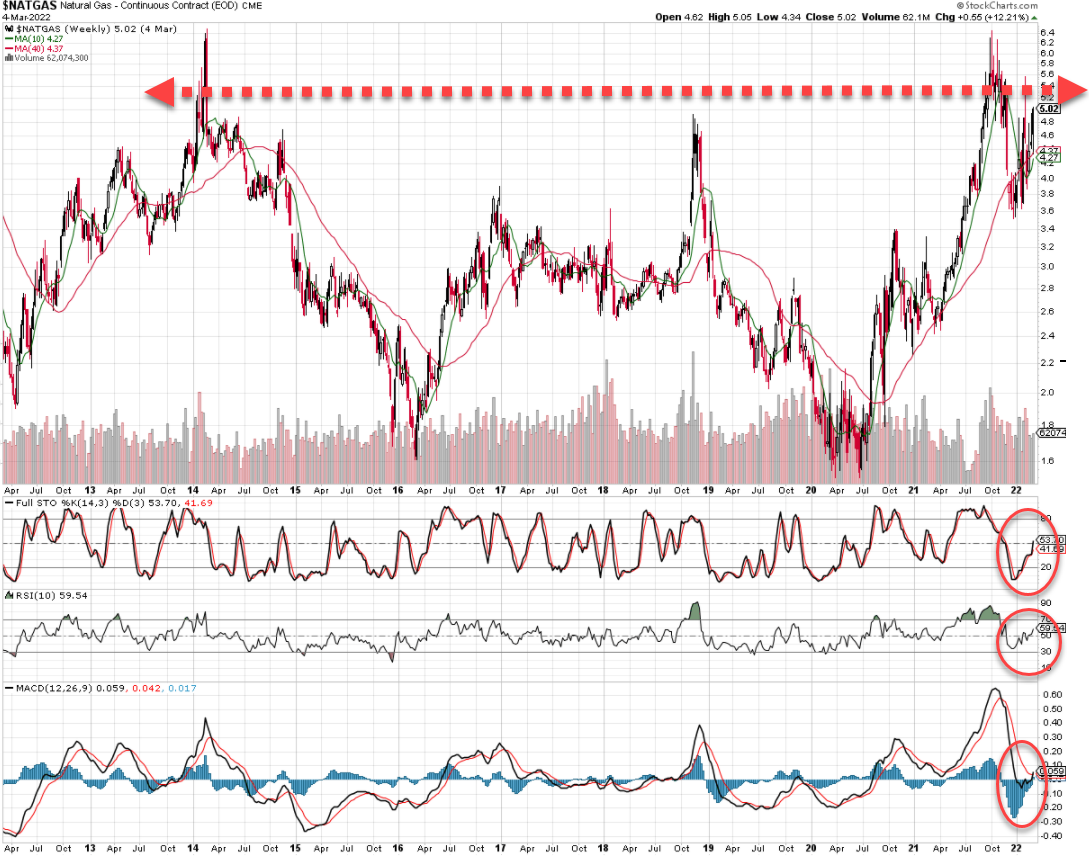 What about the producers?

As I have noted in past blogs, there may be some catch-up to do for the producers vs. WTIC oil. Particularly Canadian producers. The chart below shows us: 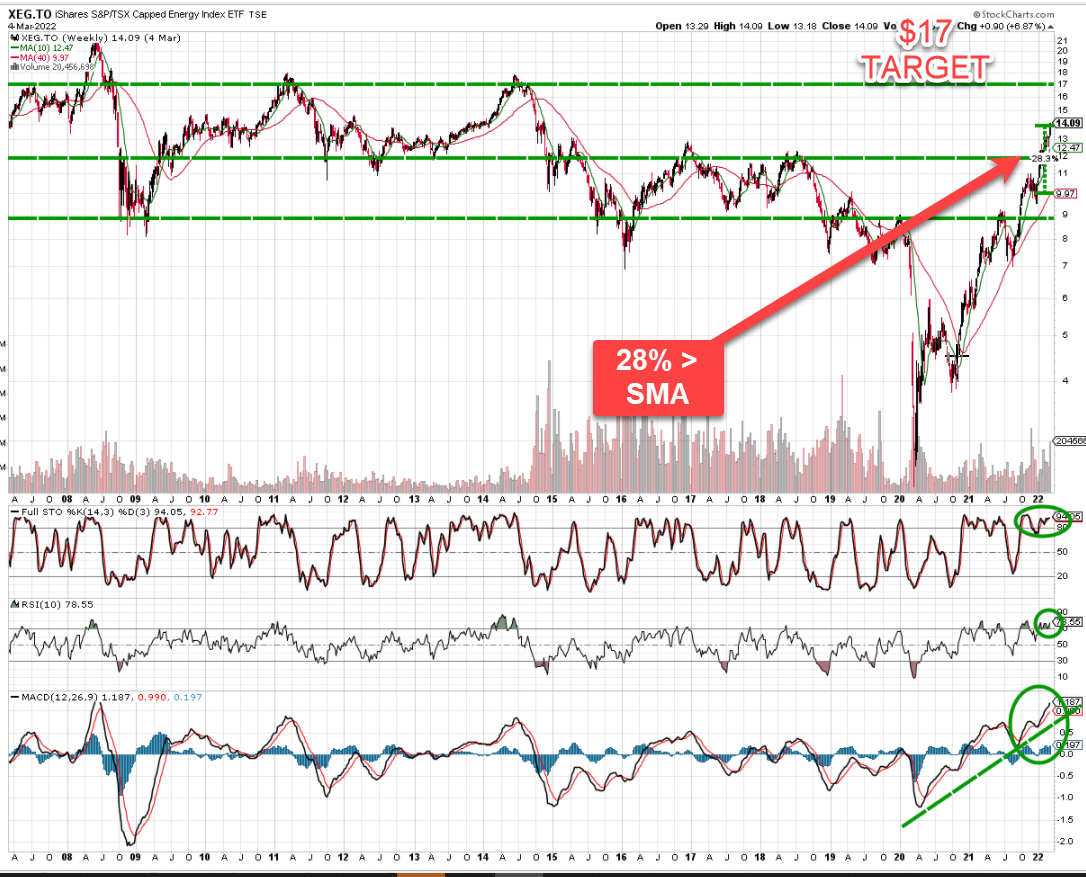 As we noted in the ValueTrend Update newsletter, we have reduced our energy exposure from 13% to 10% of late. We may reduce it further if we see technical deterioration.

Consider the evidence presented above a heads-up for a likely correction in energy. Factors like the geopolitical strife surrounding Russia and inflation in North America factor into the equation. But the charts will tell us what we need to do. Of note, investors who have focused a bit more on gassy-stocks are likely to weather any potential pullback much better than the energy-producer stocks. As such, one might focus on oil-concentrated producers over gas- concentrated producers, were you to pare your holdings back at some point.