Home / The Nikkei has gone parabolic

The Nikkei has gone parabolic

On my October 5th blog  I suggested that the Nikkei was in good shape for a rally. The Nikkei had just broken out of a “Phase 1” consolidation (see my book Sideways), proving that the former downtrend had ended. The index sat in the mid 16,000’s at the time. 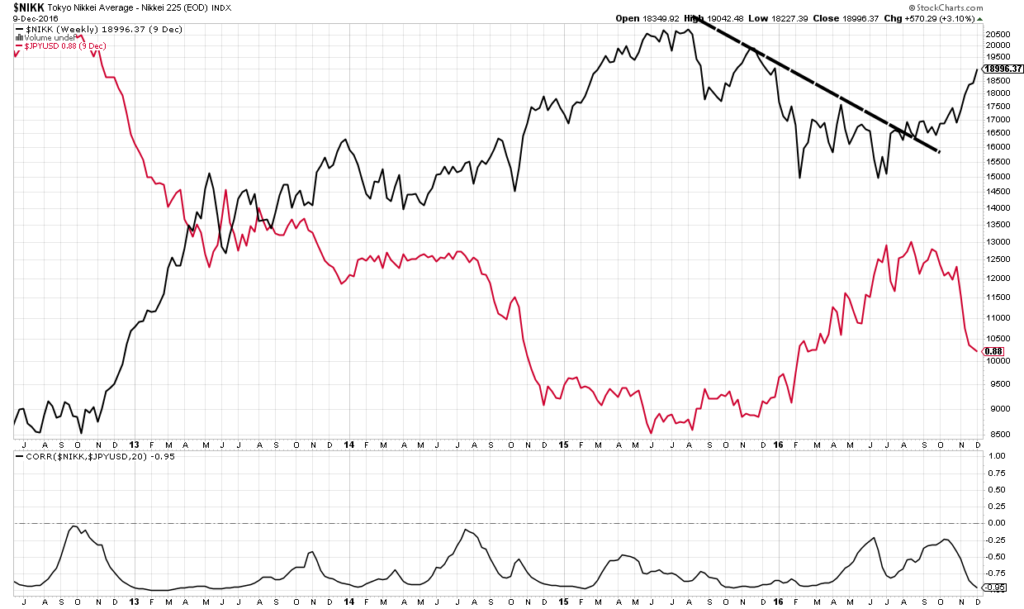 At this time, the Yen looks like it may be ready to find support at an old low. Further, it is significantly oversold—in stark contrast to the Nikkei, which is quite overbought. Note the divergence in the momentum studies shown on the Yen chart below. They have been rising in the face of a flattening pattern for the Yen. Again—what’s good for the Yen is bad for the Nikkei – as a general rule. I’m also concerned by the fact that I noticed a couple of ETF orientated Portfolio Managers only now jumping on the Japan bandwagon. Sentimentrader.com tends to put ETF flow into the category of “dumb money”- that is, money that is often late in the game. This may by itself be a contrarian sell signal–it’s too late when the trade becomes crowded.  The only balancing factor that I can see for further Yen weakness is a greater than expected rate hike by the Fed later this week. The Yen has built in a rate hike, but a bigger one than expected will push it down through the support and pressure it against an oversold rally. 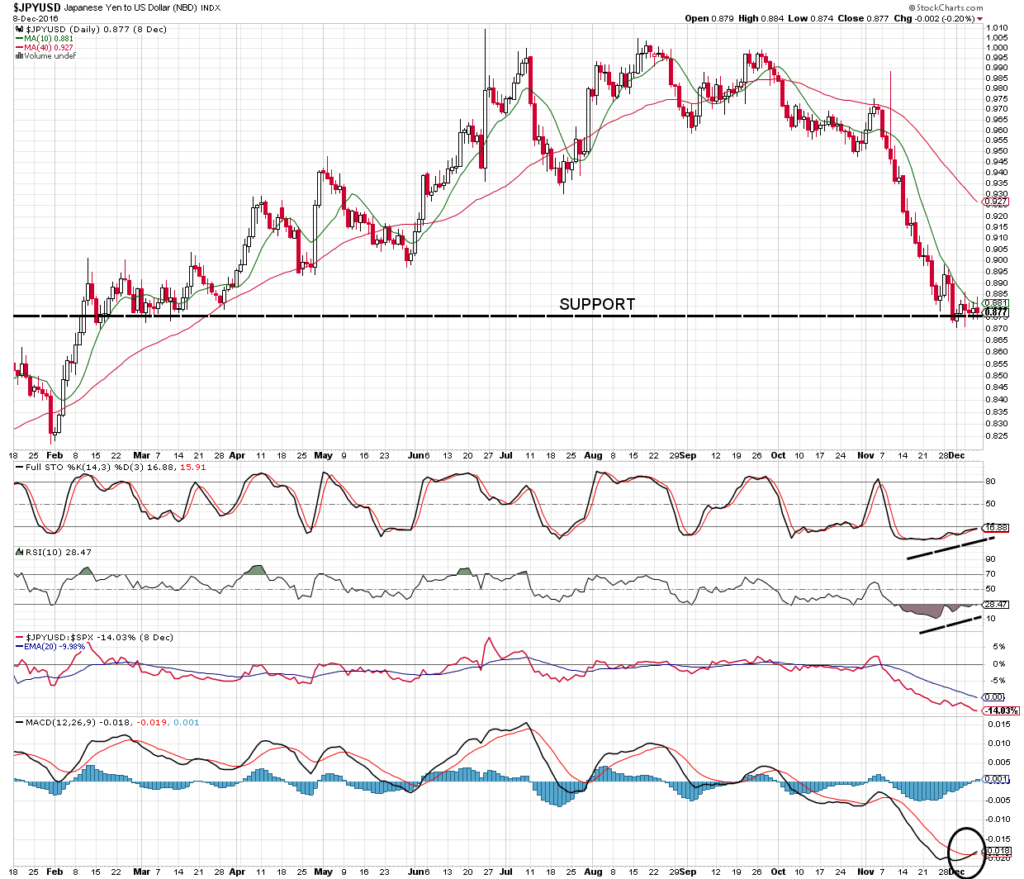 I’m willing to take my chances on this weeks Fed meeting not being too much of a surprise – which should strengthen the Yen. Further, there is an approaching period of relative seasonal weakness for the Nikkei from early January to mid-March -see equityclock’s chart below. I just sold out of my Japanese ETF position that I bought back in the fall. If you own some Nikkei orientated ETF’s, you might want to consider your options on this position. While the Japanese market may be good over a longer period, I question the continuation of this rally in the near-term. 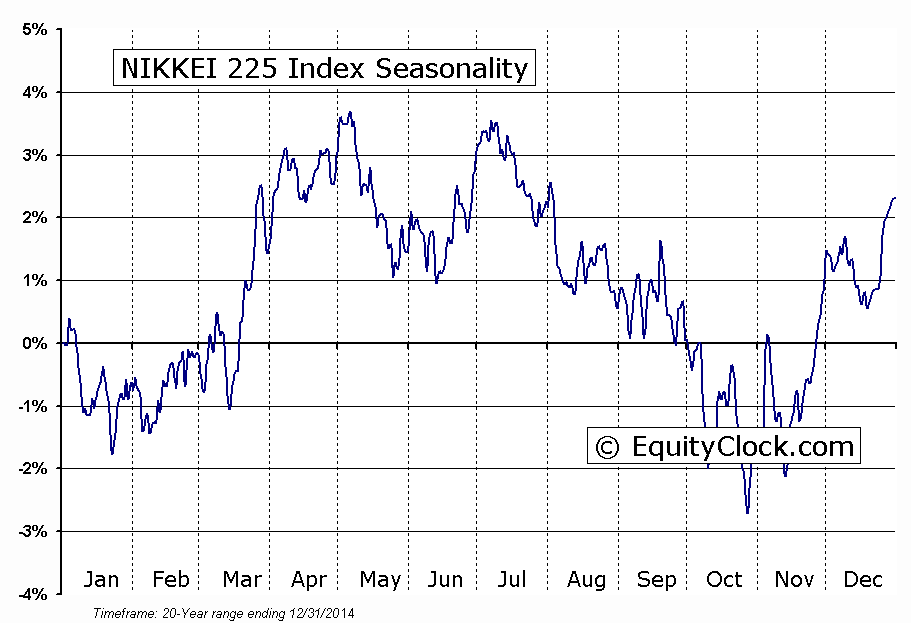