I blogged on Japan exactly 2 years ago, noting a break in the downtrend at that time: https://www.valuetrend.ca/i-think-im-turning-japanese/ 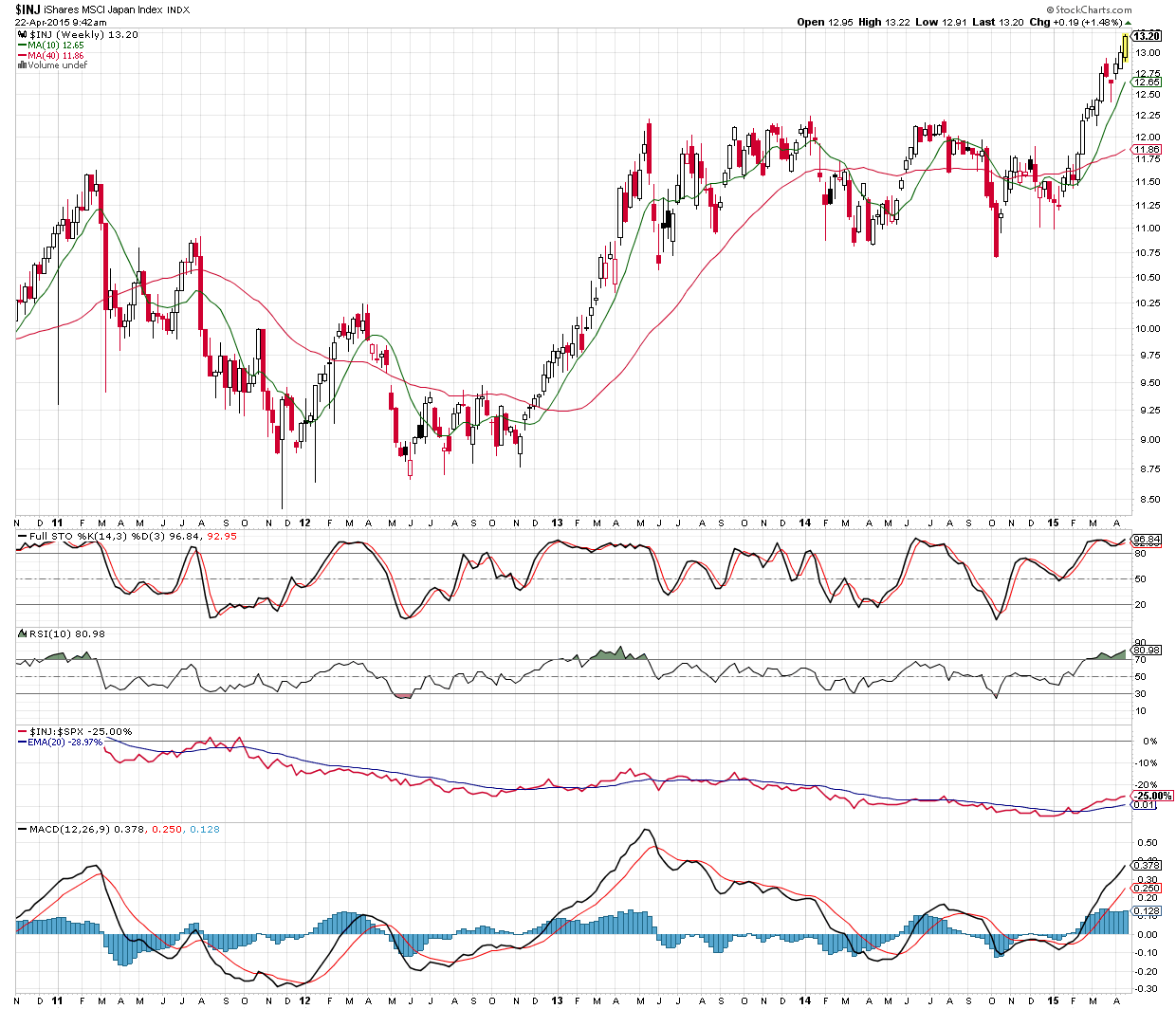 After a breakout in early 2013, the stock index, via the iShares (EWJ) ETF, moved higher and ended up moving sideways for the balance of the year.

We’ve recently witnessed another nice breakout for the iShares Japanese ETF after its 2 year (2013, 2014) consolidation. The chart is as bullish a chart as one can find. In the near-term, you will note overbought MACD levels, (but not yet rounding over) along with similar conditions on some of the shorter termed momentum indicators (stochastics, RSI). This might suggest a pullback in the coming days or weeks. I’d think that a pullback target might be somewhere between $12.65 (200 day MA) and $12.90 on this ETF. Moneyflow looks positive both short and long term (not shown), and relative strength vs the S&P500 is positive.

Japan looks like a good candidate for some capital gains going forward, and a pullback might be used as a buying opportunity

For those who missed it, I was on BNN on Monday. View it here.

Some like to play with fire. For those folks, there's always day trading, or buying into a momentum play. There's also investing in themes. Back in the late 1990's the big investment theme was "dot END_OF_DOCUMENT_TOKEN_TO_BE_REPLACED

Below is a chart of the Bear-o-meter signals since 2019. Back in the earlier years readings were taken roughly quarterly. As such, the signals noted were far apart.  I found the END_OF_DOCUMENT_TOKEN_TO_BE_REPLACED

This summer I was harping on - what was to me - an inevitable shift out of the "stay at home/ technology/ FAANG" names into value. As readers know, I was emphasizing value stocks and re-inflation END_OF_DOCUMENT_TOKEN_TO_BE_REPLACED