Natural gas trade not yet vaporized

Natural gas – which I bought in 2 increments (through an individual stock, and through the ETF, UNG) has pulled back a lot recently. While my gas stock is still above its cost, the UNG is under water. I first spoke about Nat gas in early October on this blog. At ValueTrend, we sold our oil positions at a profit when WTI was  over $50, as noted on this Oct. 19th blog. But we maintained our position in natural gas. The reasoning behind this is threefold:

Seasonality—as noted in my early October blog, Nat gas can be seasonally strong from October to year-end. Oil, on the other hand, tends to peak in October and underperform into February. While the oil trade has followed the seasonal pattern, Nat gas appears to be trading against that pattern. However, its early in the season, so I would like to give it a little longer (a number of days, at least) to see if it can’t find some support, and ideally a return to the trendline. Equityclock’s chart is below: 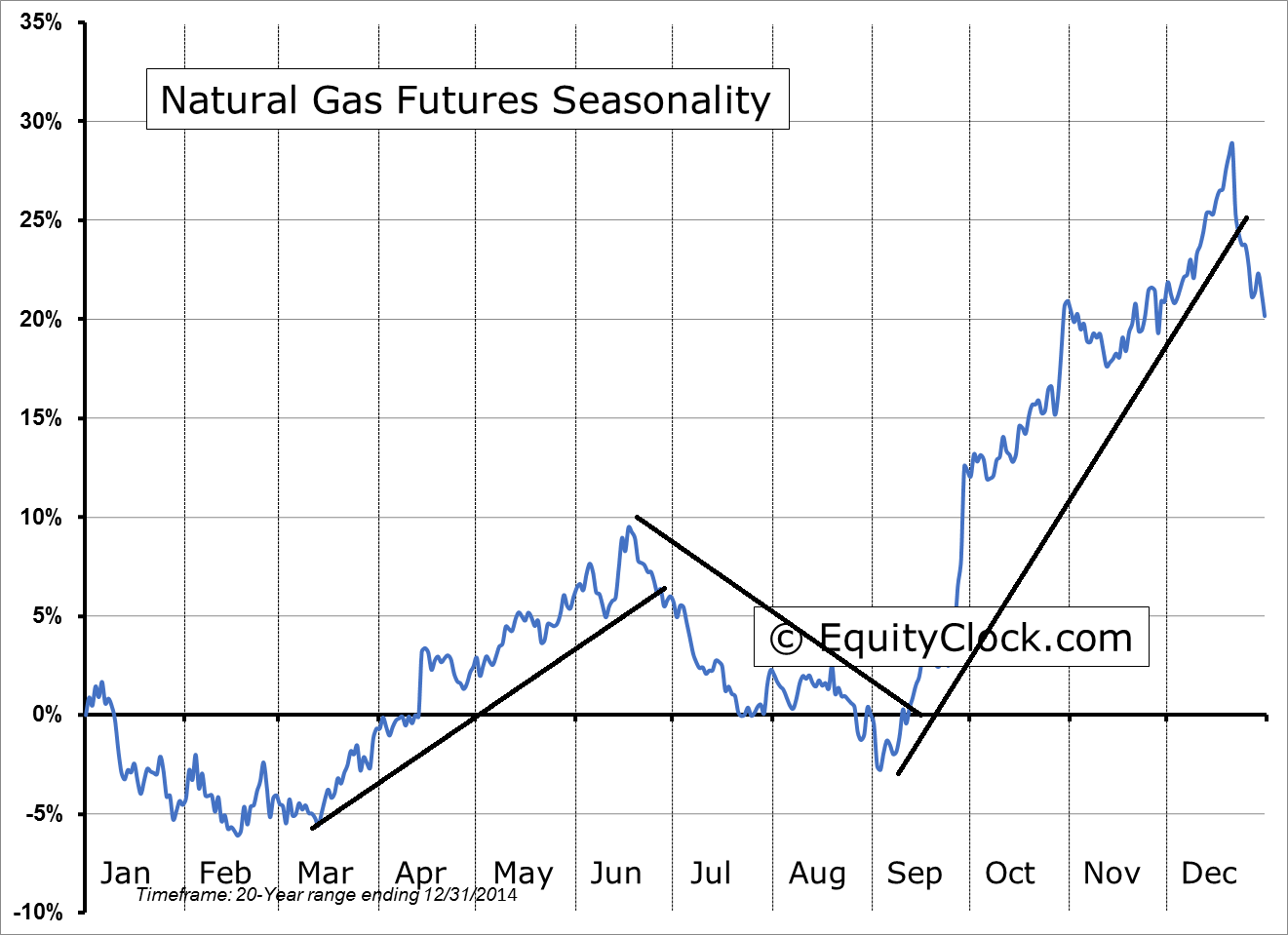 Trend—My main reason for maintaining the gas position has been the trend. Nat gas put in what appeared to be a complex bottom with a neckline at $2.60, and another at $3.00. The $3 breakout kept the trade on its black trendline –as seen on the chart below. As we speak, this $3 support is being tested, and the trendline is cracking. However, its early.  As I have noted in the past, you need to give a break of a trendline or support a few days to confirm if a break of the trendline is real – or just a spike.

Technical factors – Positive moneyflow trends (bottom pane) and positive moneyflow momentum (top pane) suggest money hasn’t left the room yet for Nat gas. MACD, the slower momentum index (second pane from the bottom), is still positive. So is comparative strength vs. the S&P 500. The faster moving indicators stochastics and RSI (the two panes below the price chart) have rounded over bearishly. So- it appears that the bulk of the longer termed indicators (moneyflow, MACD and rel. strength) are bullish, while the shorter termed indicators (RSI, Stochastics) are bearish. 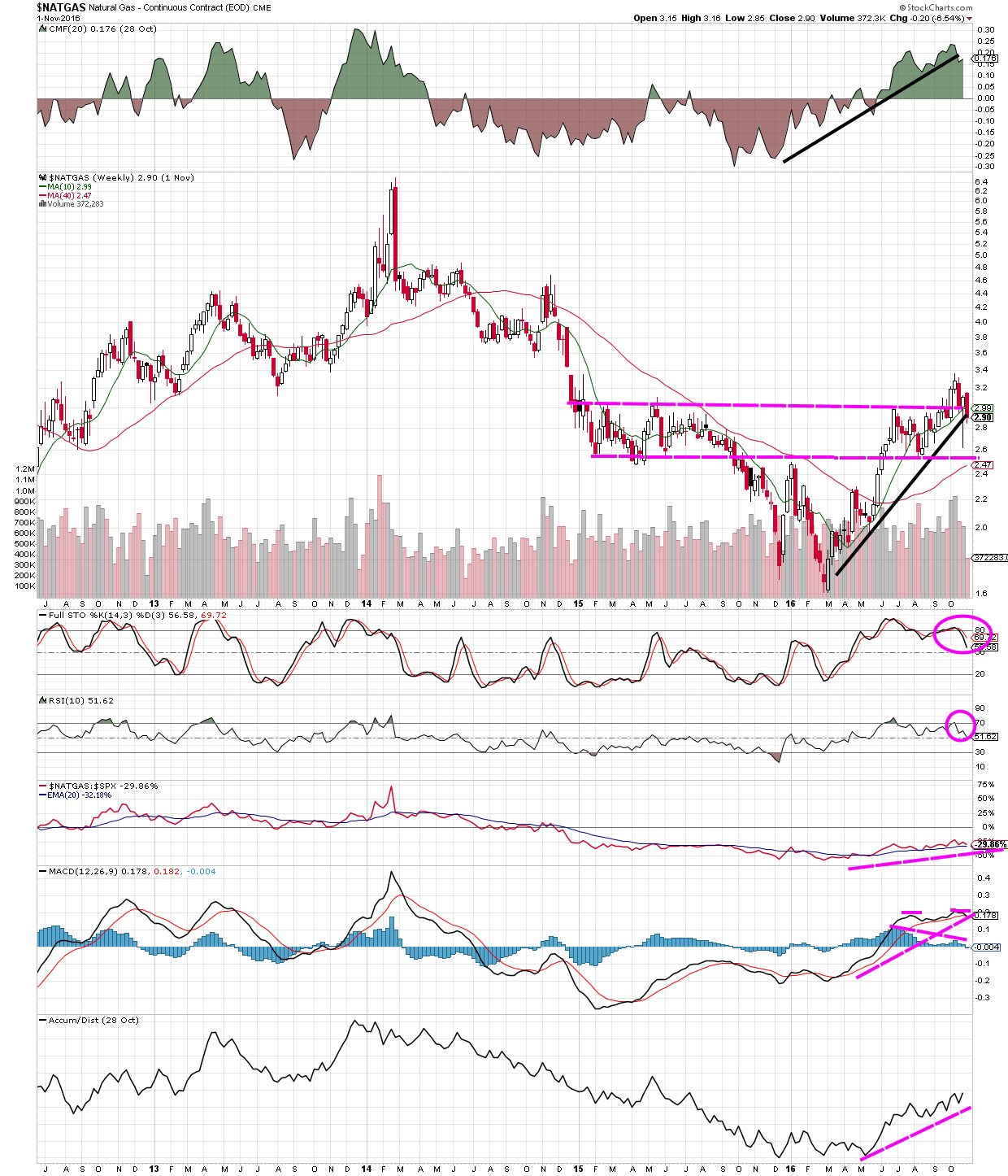 All in, we will sell the Nat gas ETF next week if it doesn’t show a turnaround, but we do plan to give it the benefit of the doubt for now.

ValueTrend in the news

Click here to see a recent article on our Canadian Business Excellence award. New photo of the team! I spent hours fussing with my hair for this shot.