I’ve been talking a lot about the emergence of new leadership on the markets lately. It was the primary thesis during my recent BNN MarketCall appearance, where I discussed stocks that were both slowing down as others picked up steam.

A new potential sign of changing leadership may be the recent underperformance of the NAZ. The primary trend remains bullish for this index – note the rising peaks/troughs, rising MA’s, and increasing moneyflow in the top pane of the chart. However, a down sloping relative strength line since late October (vs. S&P 500) shows that money may be starting to leave the NAZ in favor of other sectors. Momentum is also starting to roll over for the NAZ, as seen on the stochastics and RSI studies in the chart. 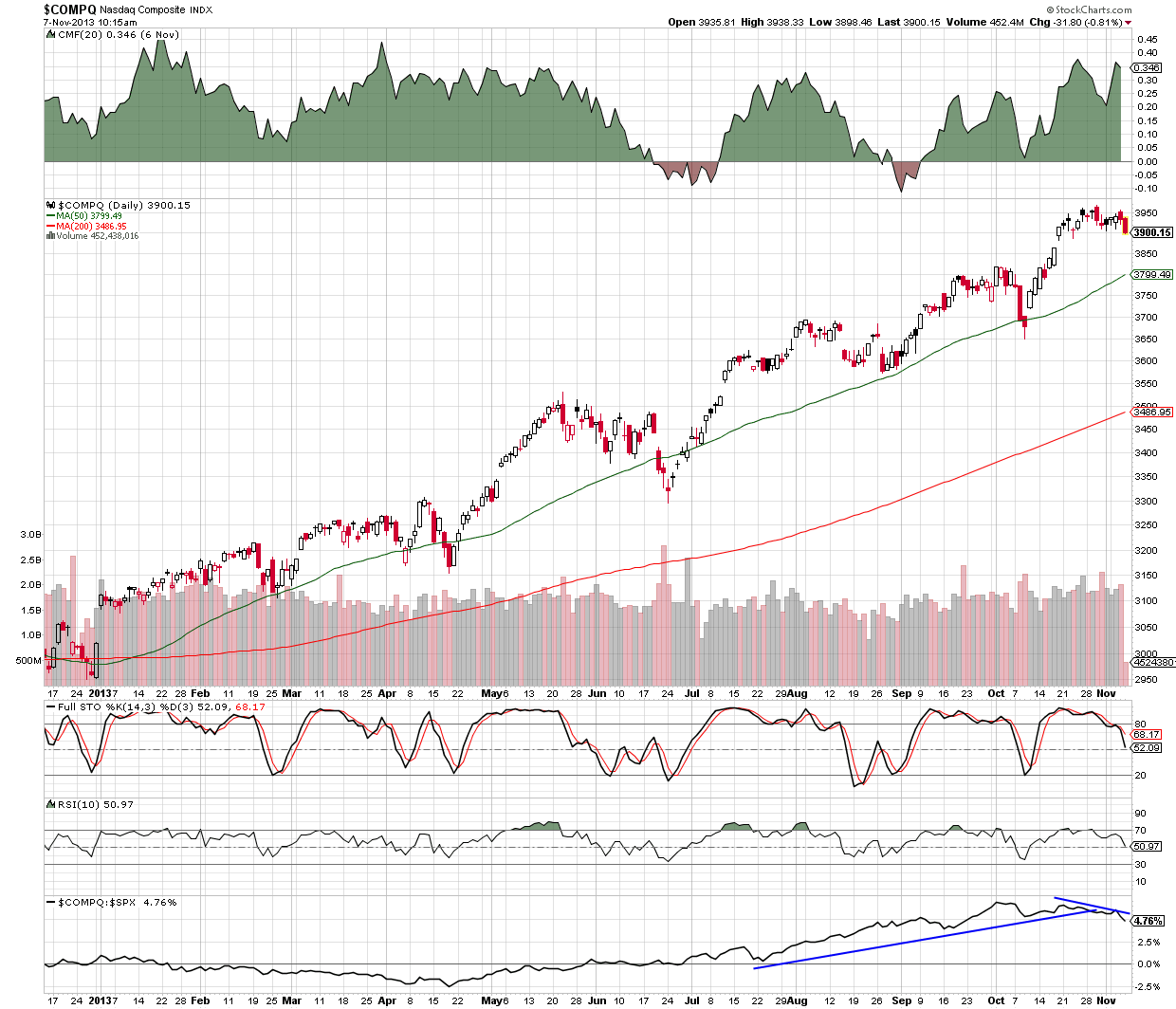 Interestingly, the DJIA has been outperforming the S&P500 over the same period of time. The Dow had been flat over much of the summer while the S&P put in ever-higher highs- but now we’re seeing a breakout for the Dow, with confirmation by the comparative relative strength line. Moneyflow has shifted positively for the Dow, and only stochastics (the faster moving momentum indicator) is rolling over. RSI (the slower mover) is flat. This suggests that the Dow is likely to be a better place to be for the near-term. 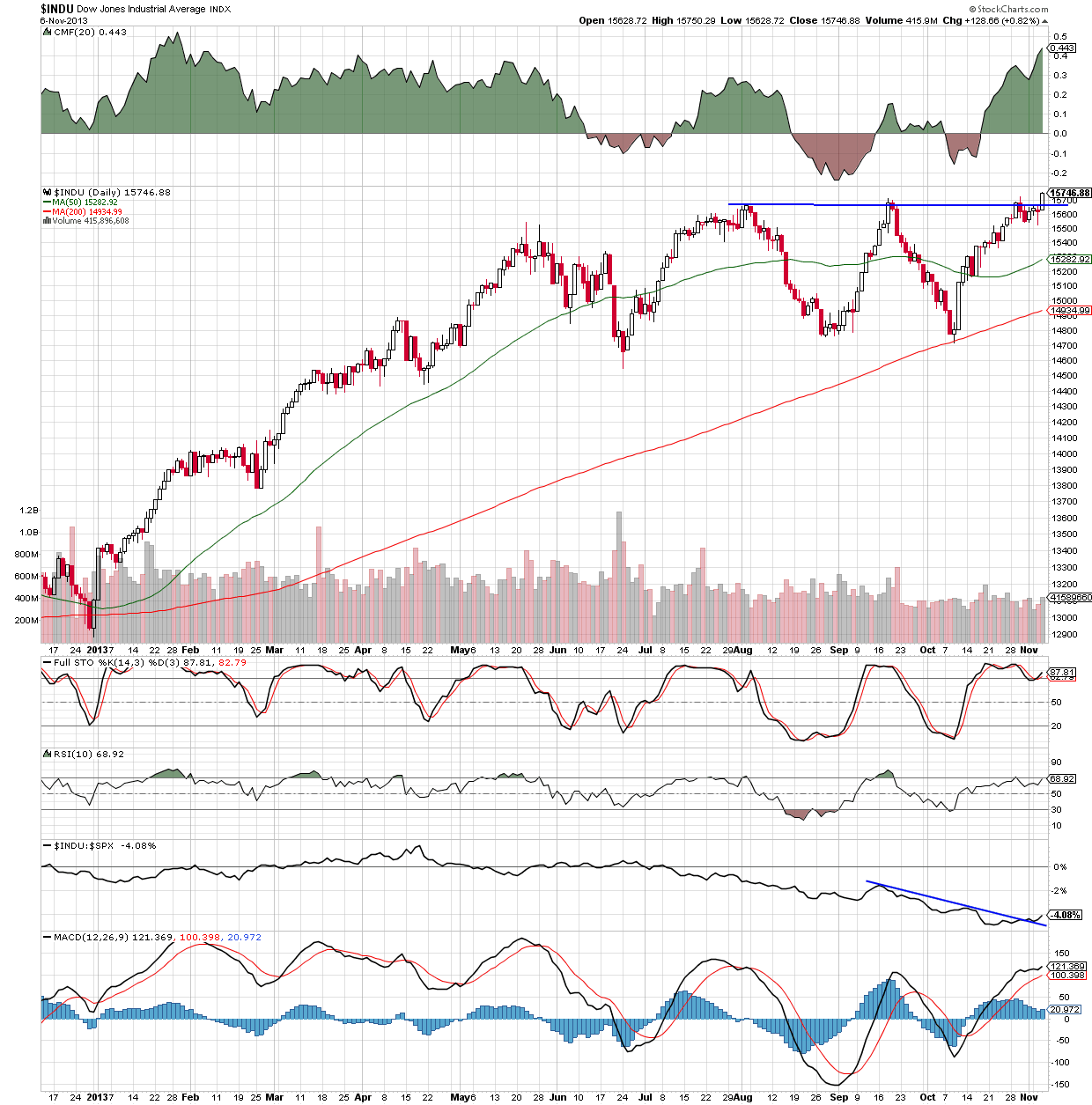 One final note – I do see that many of the sentiment studies I follow are showing investor complacency. Specifically, retail investor cash levels are low, equity ownership by that same group is optimistically high, and the sentimentrader.com “smart money/dumb money” ratio is well into danger level.  It remains difficult to fight a runaway bull market, and the trend can remain up for many months to come. But do keep these indications of “irrational exuberance” in mind, should a break in the current trends (i.e. a lower low on the major indices) occur.