The NASDAQ has been the leading index of the bull market that began shortly after the 2008 stock market crash. Reliance on technology along with low interest rates (aiding investment by tech growth companies like the FAANGs)  has grown exponentially over the past decade +.  That perfect setup of low rates and a consumer evolution into online everything has rewarded high growth tech stocks. But, as has always happened on the stock market, a parabolic rise by one index, one sector or one group of stocks will inevitably end with a statistical reality. That statistical reality is known as “regression to the mean”. To put the term simply, an asset class that has deviated too far (up or down) from its mean return will eventually regress back to that mean return (aka trend). I believe that a negative regression to the mean trendline is inevitable for the NAZ.

Here’s a chart illustrating the long termed trendline for the NAZ since the bull trend began in late 2009. I’ve printed a very long termed ROC (Rate of Change) indicator illustrating a 52 week lookback to get a picture of it’s big-picture momentum. I’ve also printed a standard lookback (default) for MACD below the chart.

Three things I want to point out on this chart: 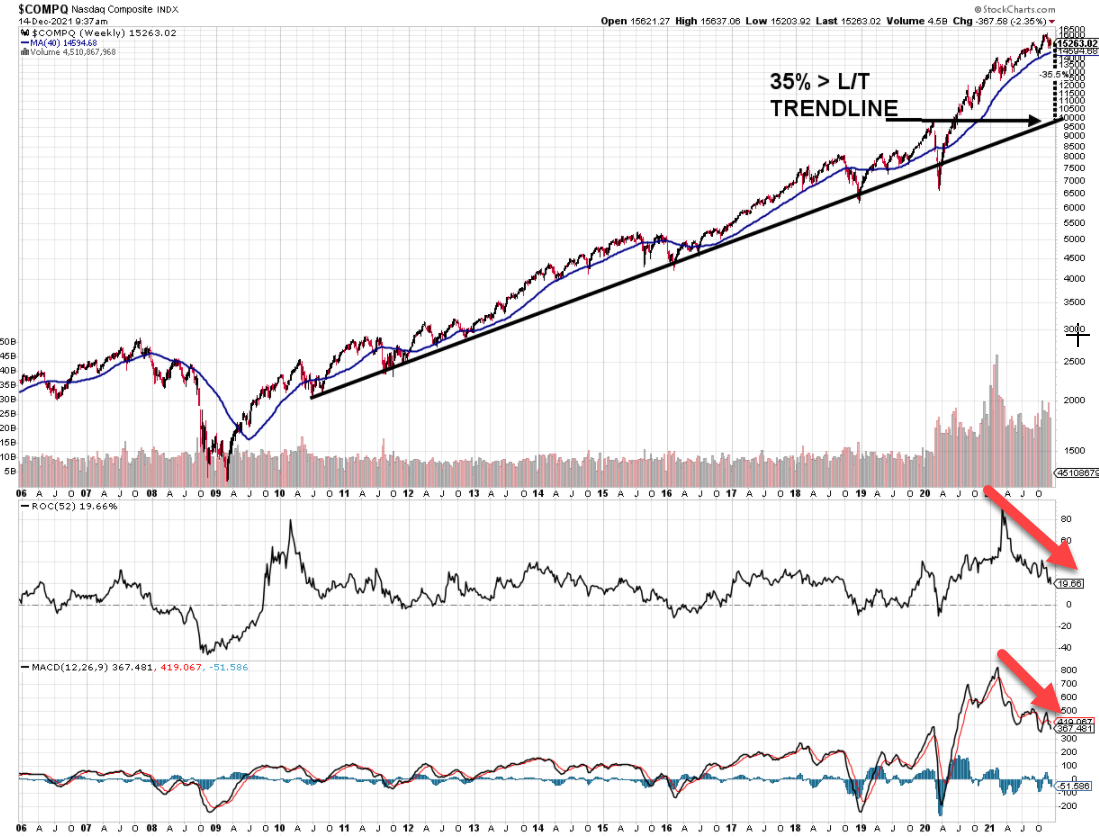 The chart below is a daily chart illustrating  the CMF moneyflow momentum indicator (top pane), and stochastics/ RSI (bottom panes). I’ve also added Bollinger Bands to the chart. My observations: 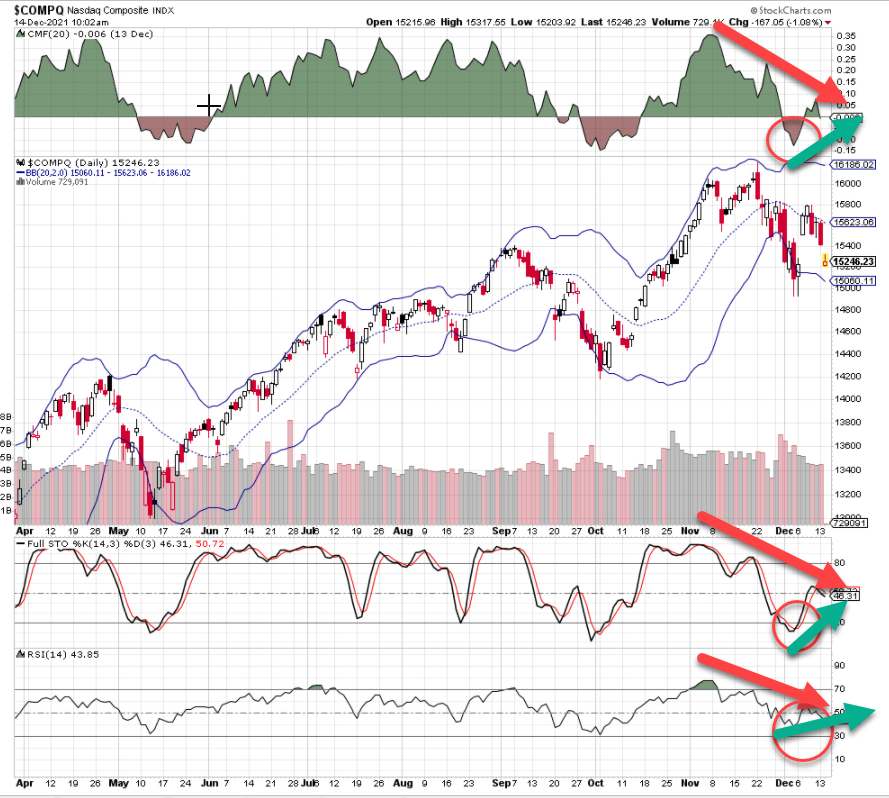 The NAZ is long-termed overbought, all within a long termed bullish uptrend. Many signs suggest a correction to the trendline is inevitable. One way the NAZ can join its trendline is to trade sideways for an extended period. That’s a very real possibility.

Or…the NAZ might decline to its trendline. In this case…You would need to extrapolate the angle of the trendline forward and make an assumption of the angle of decline by price to make an assumption of “how low it will go”. A reasonable target might lie somewhere between current pricing (15,000+) and the trendline (10,000). Split the difference, and the target lies somewhere near 12,500- 13,000. That’s close enough to a 15% potential downside for the NAZ – should it correct rather than consolidate.

Meanwhile, the neartermed view appears precarious. Small signs of downside pressure abating might be noted in the move up from oversold levels and the running along the lower BB levels. But, its to be seen if the NAZ can catch a bid. Thackray’s guide suggests that the NAZ can outperform the SPX from December 15th on – this is a seasonal tendency. So…its got that tendency in its corner for a neartermed upswing.

All in, I’d play the oversold rebounds and seasonal cycles if any, but I don’t want to hold the NAZ for too long. This – lest I get caught in the inevitable regression to its long termed trendline.