Home / Must everyone get stoned?

Must everyone get stoned?

Bob Dylan sang a tongue-in-cheek song called “Everyone must get stoned”. Despite the songs name, it was actually not about getting stoned via recreational drugs.

Today I’d like to look at marijuana stocks. Most certainly, this sector stoned its investors in 2019. But there wasn’t much recreation in that stoning. The most followed ETF in the sector, ETFT Alternative Harvest (MJ-US) fell from $36 to $16 last year. Investors in the sector got stoned in the way Bob Dylan meant.

The question right now is: Is the stoning of the cannabis over? Are investors ready to get high (returns) again, or would you be a dope to invest? Will the market get the munchies for pot-ential profits?

Toke, I mean take, a look at the chart below, to which I’ll reefer,  I mean refer, shortly.  We will endure to weed through the facts. Lets see if we can hash-out if these stocks are in for some smoking returns. Perhaps they are suitable for your joint-account! But don’t forget, the grass is not necessarily greener here. We certainly want to avoid getting burned before we go in like Flint!

Sorry. I just had to do that. Now that it’s out of my system, let’s sober up and get to it. 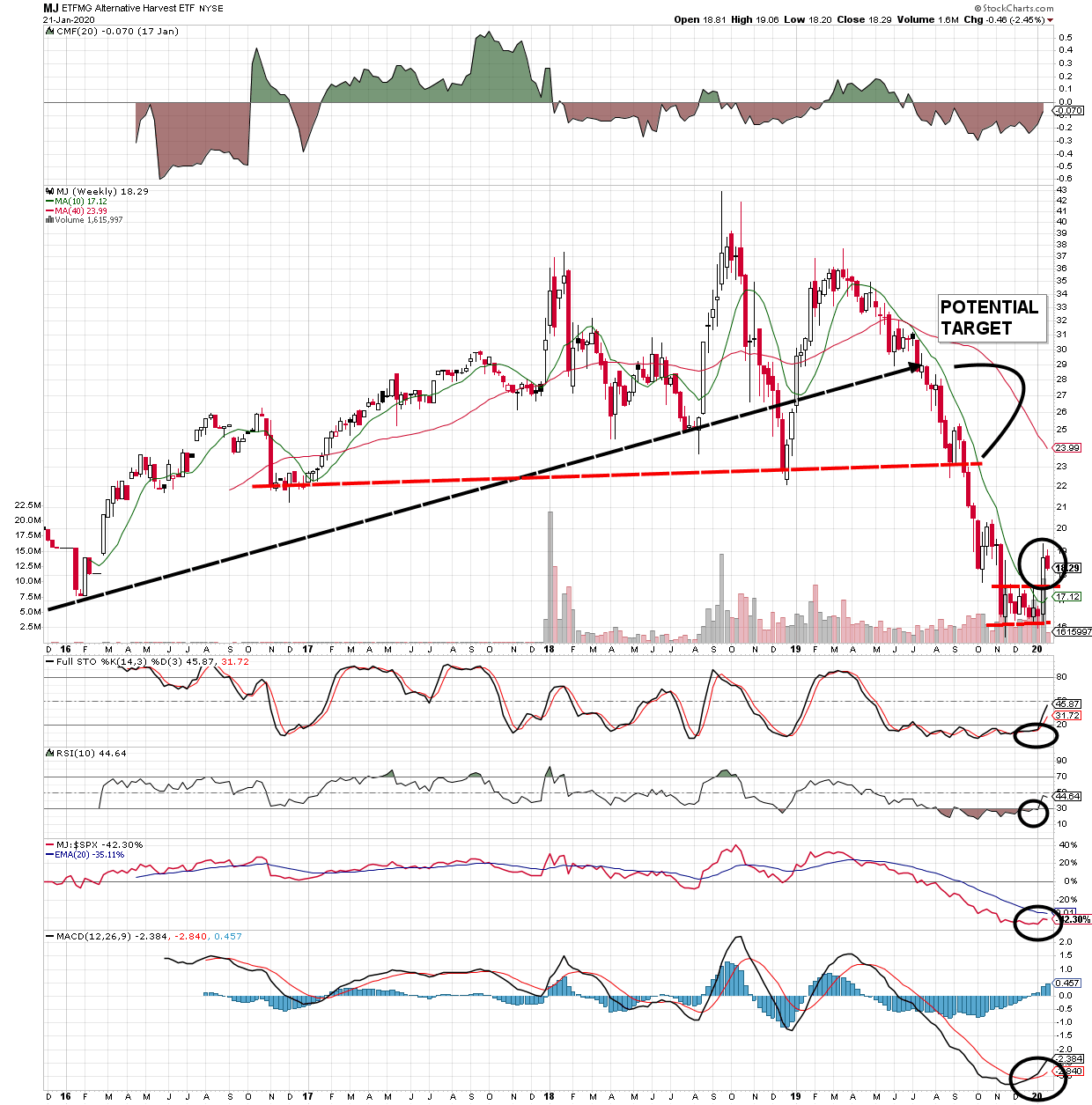 The MJ chart suggests a breakdown last fall through support near the $23-$29 point. While that wasn’t a positive development from a technical perspective, there’s been a silver lining of late.  The good news for the ETF (and the sector) may be that its found a pretty solid level of support at or around $16-$17. In fact, the consolidation pattern around that price point seems to have broken out bullishly.

Near-term resistance lies around $20 for MJ. If that’s taken out, it’s quite possible for this ETF  to challenge the old support level in the high (not meaning to pun here) $20’s. MACD is crossing over bullishly on the weekly chart, and the ETF is hooking up from oversold momentum indicators across the board.  This could prove to be a profitable trade.

So put that in your pipe and smoke it.