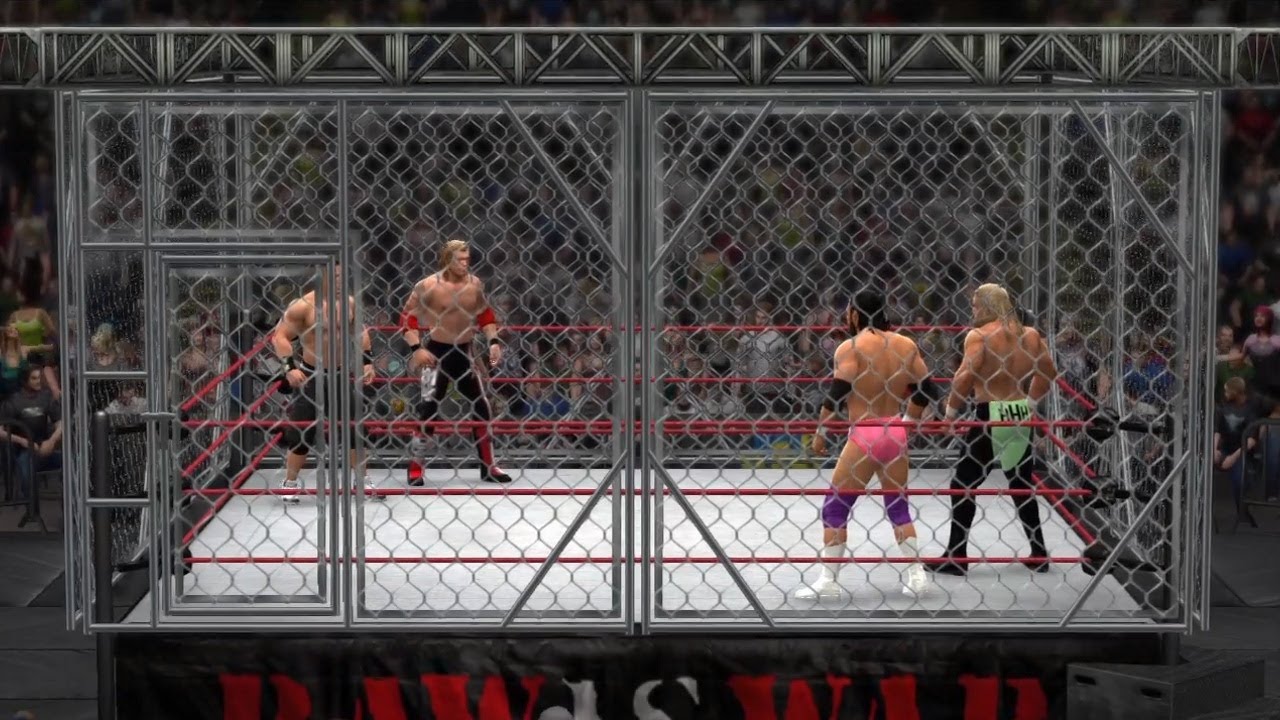 Ultimate fighting and wrestling fans might have heard of something called a “cagematch”. This is where 2 or more fighters get in the ring surrounded by a cage. Last man/woman standing wins.

Picture a cage match between a group of very worn out and weakened fighters. The Canadian resources sector has been an underperforming group on the markets. Much of the pressure on the group–particularly on the energy side, comes from a clear and present danger of Canadian federal government policies. With that weakness in mind, I’d like to see which of the major resource sectors might win – if we threw these weak warriors into a cage match environment.

Today, I would like to focus on the technical profile, and examine the potential of a profitable oversold trade – or lack therein – of the three resource based Canadian sectors.  I’d like to take a technical look at Canadian energy, materials, and gold sectors. I’m throwing them in the cage, and seeing who is left standing. Lets get at it.

In this corner: Energy 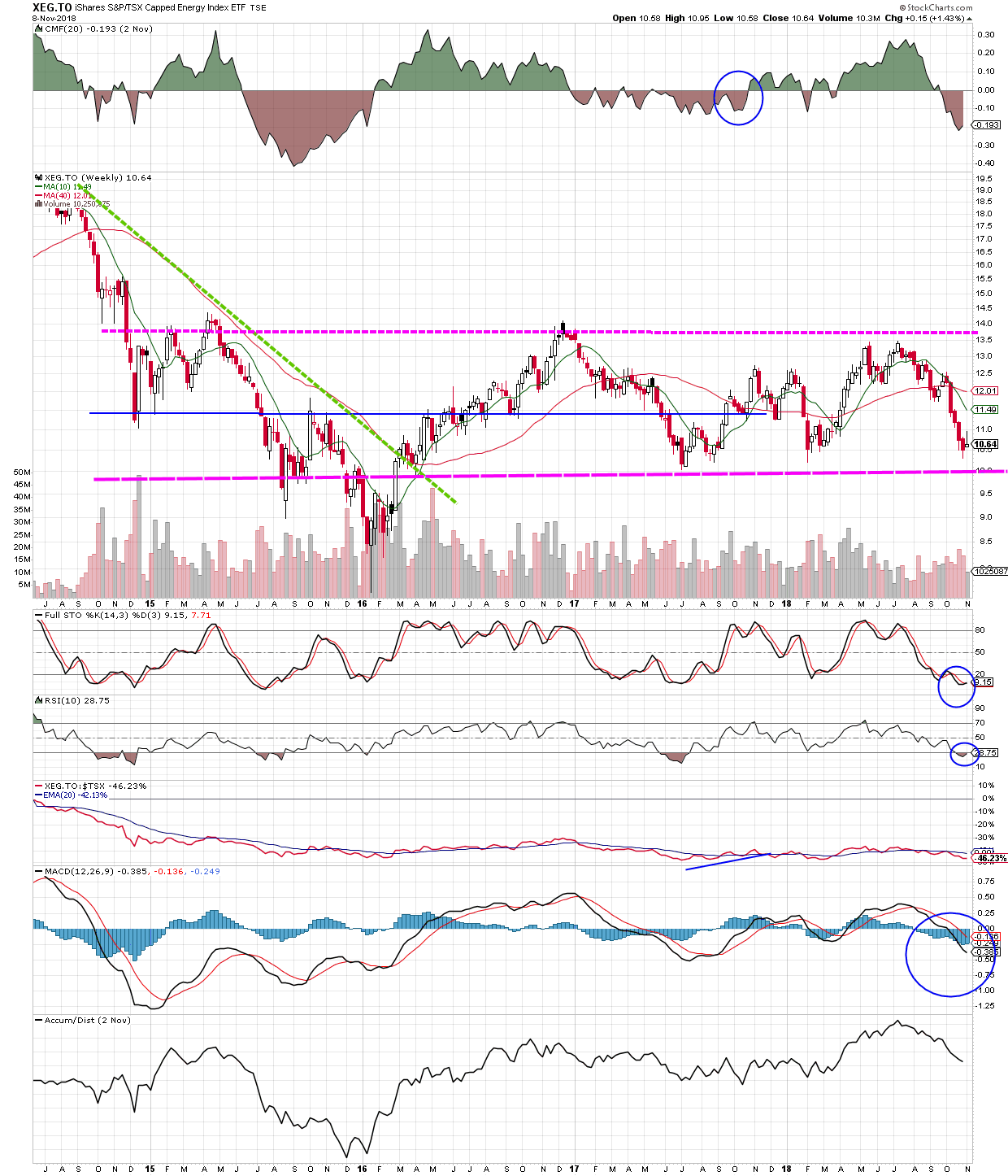 I’ll use the iShares XEG ETF to examine the Canadian energy index. The chart shows us that the sector has pretty strong support at just over $10/share. As the ETF attempts to bounce off of this support level, we can see that RSI momentum is also moving up from an oversold level. Stochastics and MACD have yet to turn.

All in, the energy sector may get back into its upper trading band of just over $13 before it runs into a serious price challenge. This suggests a reasonable chance of earning 25% on the trade. A break of $10 should inspire a stop-loss sell strategy.

In the next corner: Materials 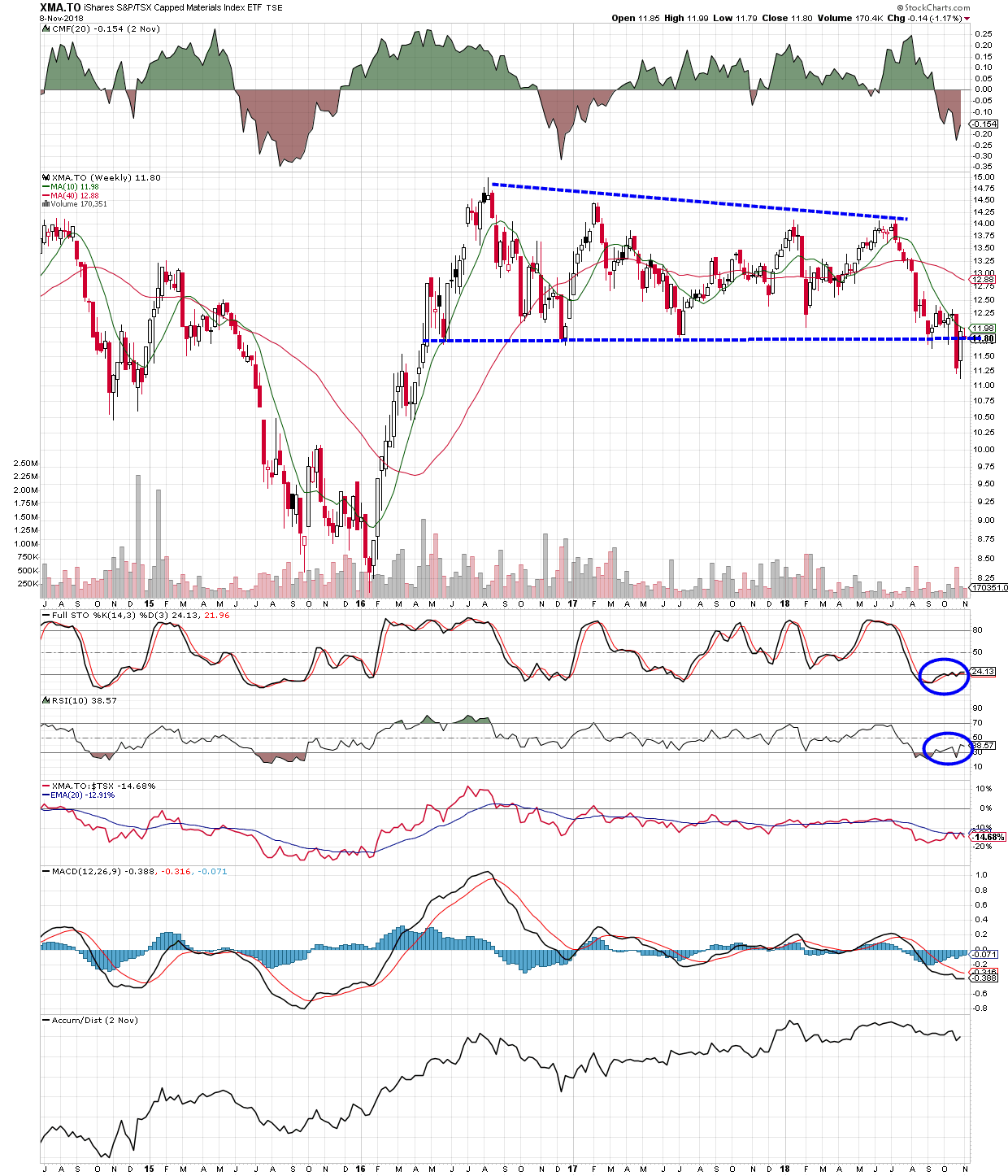 Lets examine the iShares XMA ETF as a proxy for the Canadian materials sector. The XMA chart shows us that materials have dropped to the mat, although they are struggling to get back into the match. Strong support just under $12 recently broke – this weeks strength hasn’t thrown it back above that level yet. Yes, it is oversold and is trying to rally – note how RSI and stochastics are hooking up. But I’d bet on that rally fizzing out as it breaks  past the $12 range. A pretty lousy upside if I’m right about that. If the sector fails, it will do so with all of the downside that typically presents itself if it breaks that major support price again. For now, I’m inclined to avoid the trade.  A firm and steady maintenance over $12 for a couple of weeks (or longer) might change my mind.

Out for the count: Gold 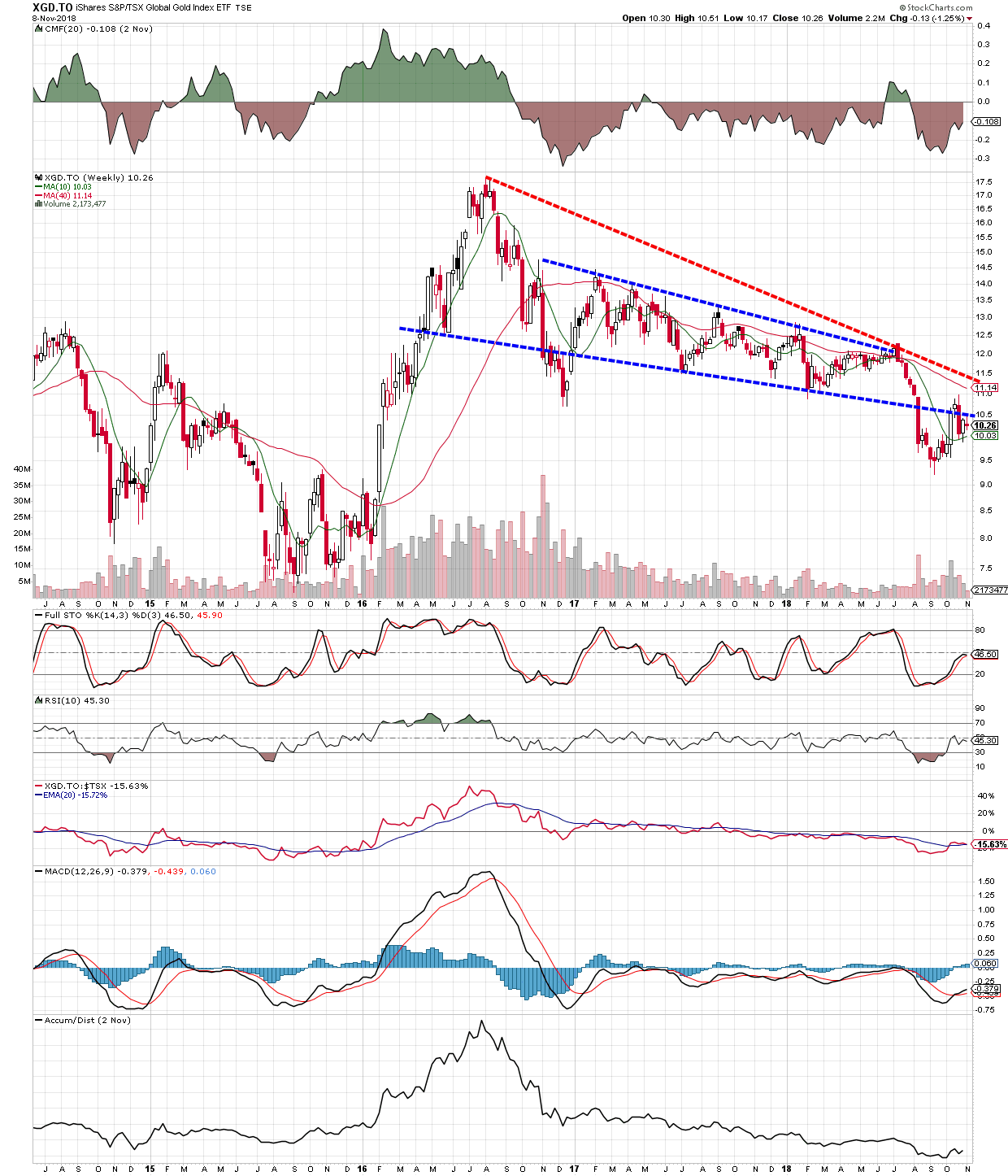 It might be noted that the materials sector holds some gold stocks, along with a few “diversified” mining companies like Tech that produce gold amongst other materials. So, it should not surprise us to see the two charts displaying some similarities. Gold, like materials, has broken down. Take a look at the XGD chart above. The main difference between the XMA and XGD charts is the fact that the materials sector (via XMA) had some pretty nice horizontal  support at $12. Not so much for gold. This sector has been under pressure for several years. Even during the period from 2017 to current, the trend had been a gentle but undeniable downslope. In other words, gold has been, and remains, the dogs breakfast. Its on the mat, and not looking like it wants to get up. Avoid.

Beyond an oversold bounce potential, the resource sectors in Canada are largely unattractive both technically and fundamentally. This isn’t helpful to our economy, and its not helpful to know that the sectors face unique challenges within Canadian government policies. Challenges that their global competitors don’t necessary face. As such, we hold no exposure to two of the resource sectors noted above. We do hold a small allocation (6%) in a couple of energy stocks within the ValueTrend Managed Equity Platform. We’re looking for a bounce over the coming months- and would be happy to see a return to the upper range of the energy sectors trading range. We’re betting on the cage match being won by the Energy sector – but it’s a match of weak contenders, with very little edge by one fighter over the others.

We’re trigger-happy and ready to sell on that potential bounce by Energy. Its a trade, not an investment in our eyes. So far, the trade hasn’t been favourable – Energy is nearly as tired as its caged competitors in this match. We’ll throw in the towel on the energy trade by the New Year if we don’t see positive action.

Remember, you are never tied to a trade. Take a loss and move on if you must. There’s always another up and coming fighter to bet on in the future if this match turns into a stale-mate.