The US stock market is massively overbought. The weekly chart of the SPX, below, shows us how the market is running along the top of its Bollinger Band (BB), while it remains substantially over its RSI’s 14-day overbought zone. Take note of that same overbought environment in the last months of 2017. The excess was corrected from that runaway market in January 2018. 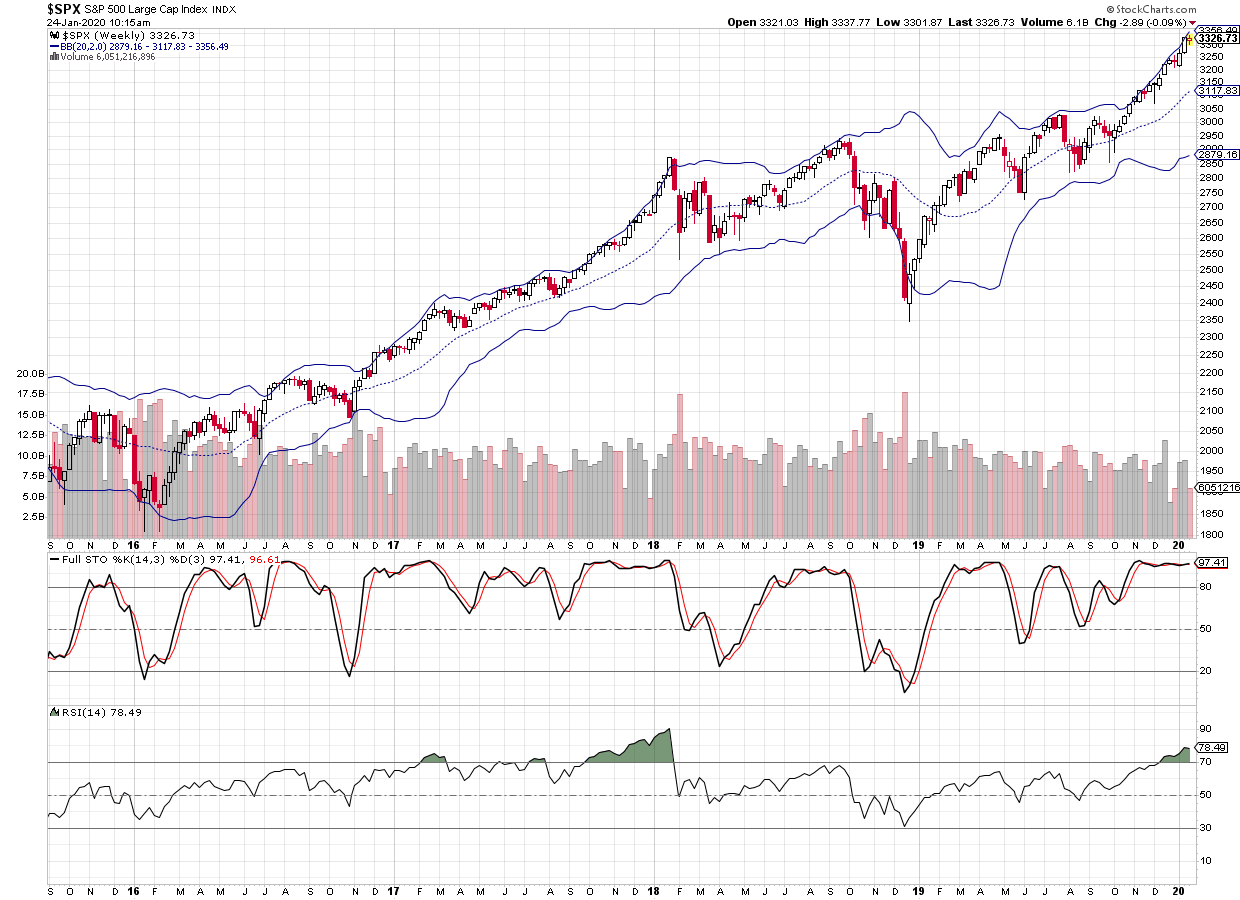 Statistics from by Sentimentrader.com suggest that when the SPX has run along its upper BB for 6 weeks, as it has now, the market has been positive less than half of the time one month later. Further, the SPX has not experienced a back to back (2 day) negative return of -1% for the recent 29 days. Again, according to Sentimentrader.com – this has historically resulted in positive performance only 44% of the time one month later, with a median return of -1.7%.

What these statistics tell us that markets have a below-average potential for positive returns over the next 30 days. As I like to remind investors – a below average potential with a tendency towards negative returns does not mean you will absolutely see a negative return over the next 30 days. Many of you know my “run across the quiet street versus run across a busy highway” example when I talk about such risk/reward statistics. You can cross a quite street (low risk) and still get hit by a car. You can cross a highway (high risk) and make it without getting hit. It’s not about absolutes, it’s about the odds.

The odds right now are for some type of corrective action in the coming month to take out the excess. Lets see if we can keep running across that highway, or not.

We’re holding a bit of cash, a bit of gold, and keeping an eye open as the market continues to defy gravity. We wont fight the chart, but we are wary.