The S&P 500 took it on the chin last week. Having tested the 2100 zone in November and again in early December, the market decided enough is enough. Time for a retreat. A couple of things I might point out on the charts: 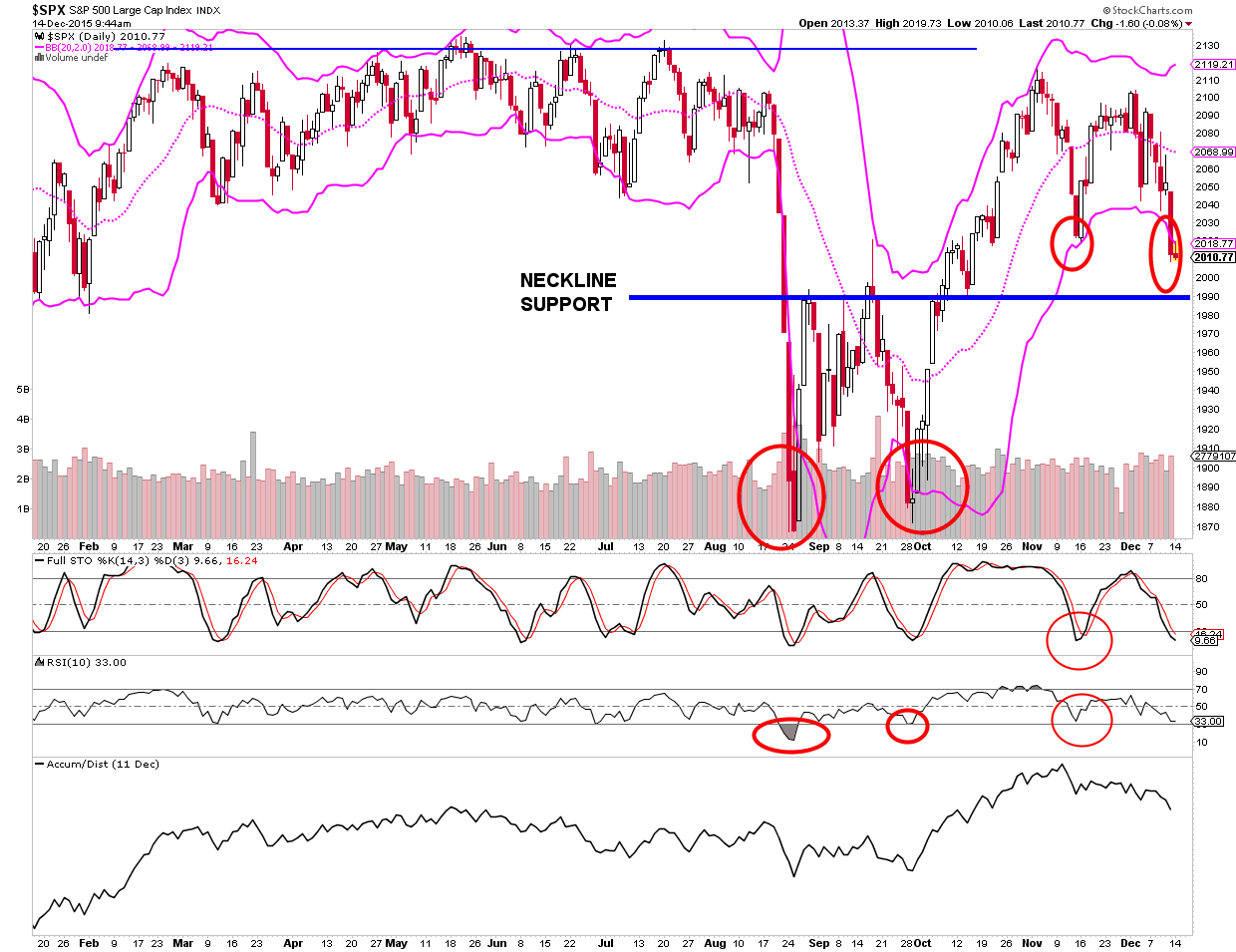 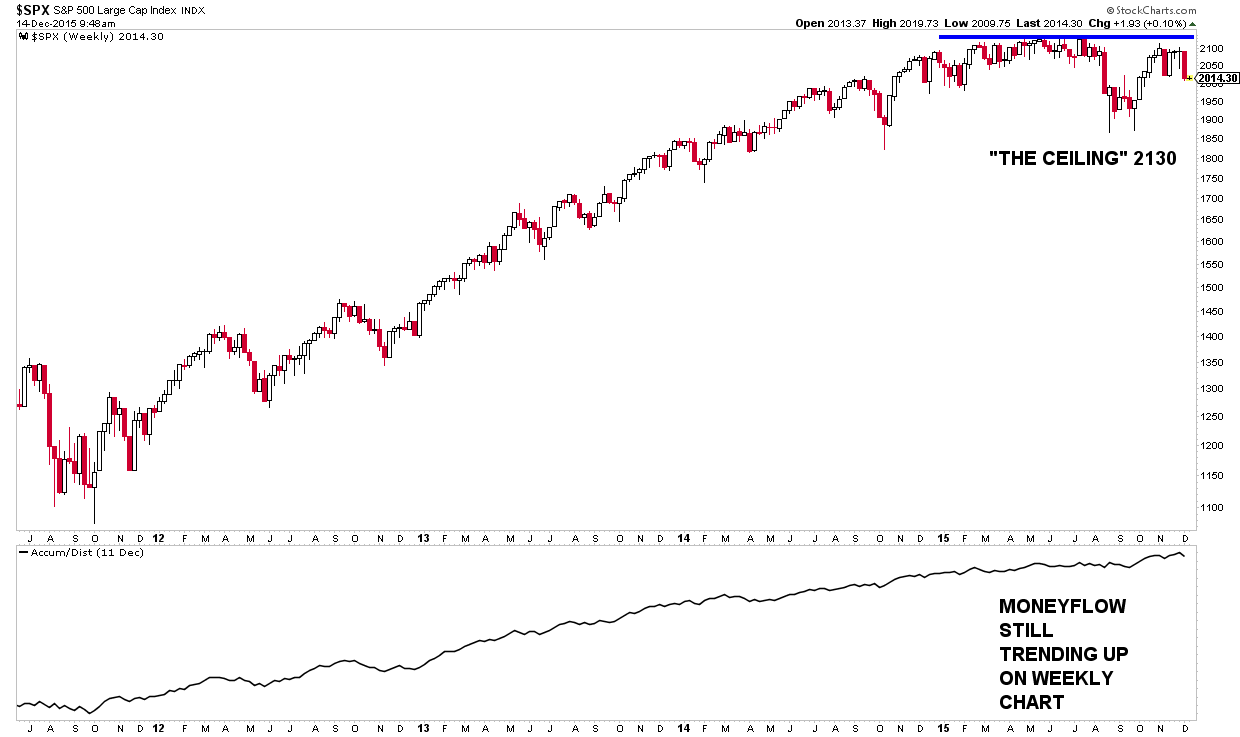 There can be no denying the power of that 2100-2130 area of overhead resistance. The longer the base, the greater the case, as is said. The S&P 500 has been testing and retesting 2130-ish since February – that’s 10 months and counting! So what’s the plan?

I’m looking for a rally into the first week of January, based on the factors mentioned above. From there, I expect one of two things will happen: either another drop – or – a sectoral rotation into a new leading sector that could plod on through that overhead resistance. My call is for both to happen (talk about wishy-washy analysis!).

Here’s why: At this point there are no signs of newly emerging leadership in any of the major S&P sectors. Thus, I believe that 2100-ish will be unsuccessfully tested. However, at some point over the coming months (heck–it may not be until later in 2016!) we will see that white knight sector come to the market’s rescue. A new leg in the bull market will be born.

I plan on selling several of the stocks and ETF’s I hold — likely in the first week or two of January. I’ll wait a bit – should the market sell off, I’ll look to re-enter. Should the market blow though 2100–I’ll rotate into the leaders. Better to buy higher than take chances.

So there you have it. My Merry Christmas, Happy Hanukkah, or general holiday gift to you is this strategic overview. I hope it helps.

Keith on BNN this Friday

I will be on BNN’s call-in show MarketCall Tonight Friday December 18, 2015 at from 6:00pm to 7:00pm. Tune in to BNN to catch me live on BNN’s premier call-in show, where viewers like yourself can ask my technical opinion on the stocks you hold. 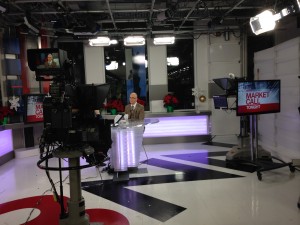 Next week, brace yourself for my yearly off-topic blog – which I write during the “quiet” holiday hours around Christmas. This year it’ll be controversial. Contrarian investing opinions, remember, is one of my specialties!